Did Meghan Markle rewear a royal wedding look to Trooping the Colour 2022? 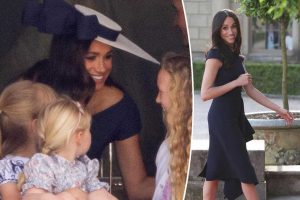 So nice, she (maybe) wore it twice.

On Thursday, Meghan Markle joined Prince Harry at the 2022 Trooping the Colour parade as part of Queen Elizabeth II’s Platinum Jubilee celebrations in London, and chose an outfit that looked familiar to many royal fans.

The Duchess of Sussex, 40, appeared to wear the same off-the-shoulder navy Roland Mouret dress she sported on the eve of her wedding to Harry, 37, in 2018.

But she switched up the styling for the (sadly sold-out) frock’s second turn in the spotlight, pairing it with a dramatic Stephen Jones hat ($1,685) tied with a matching grosgrain ribbon. 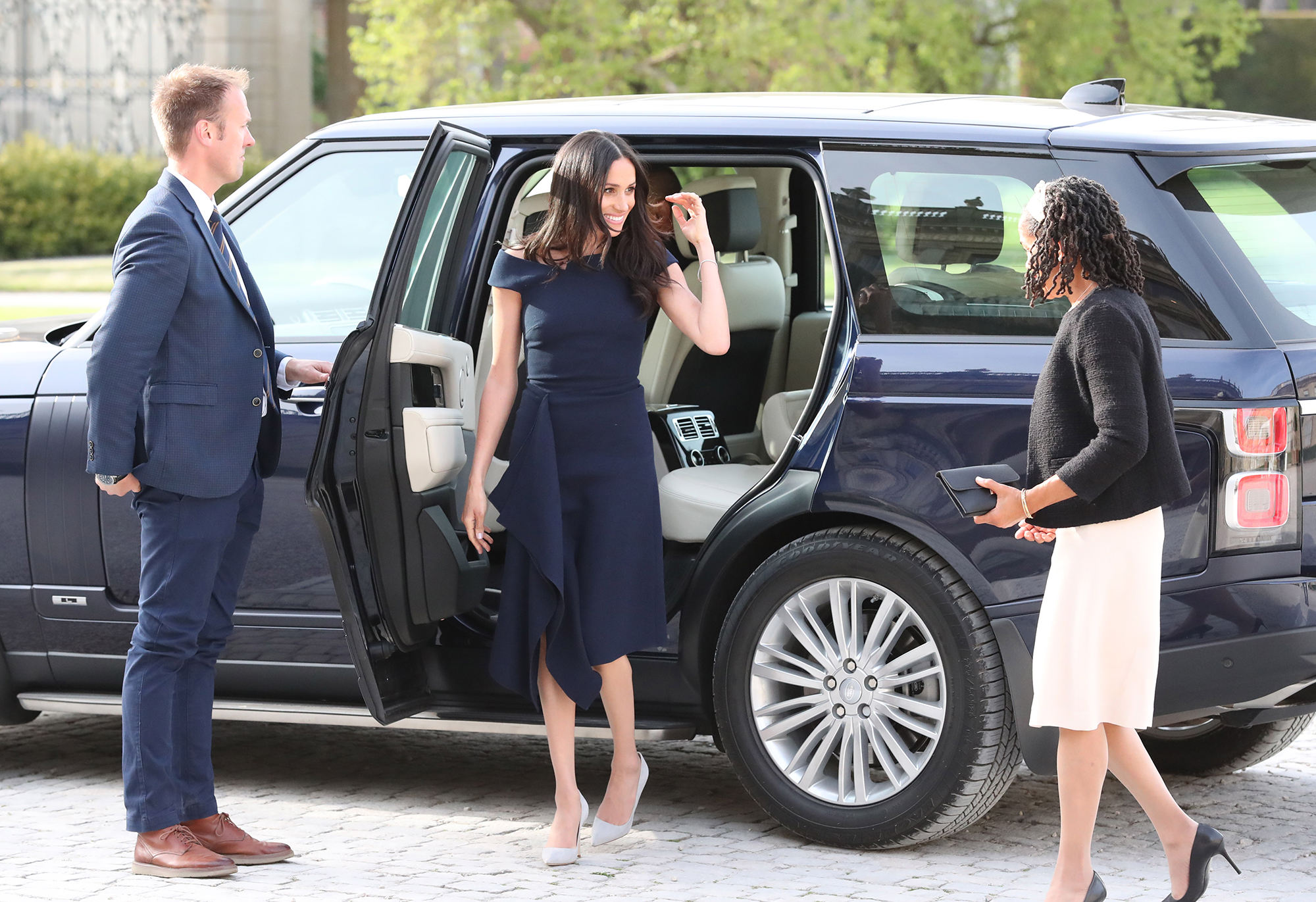 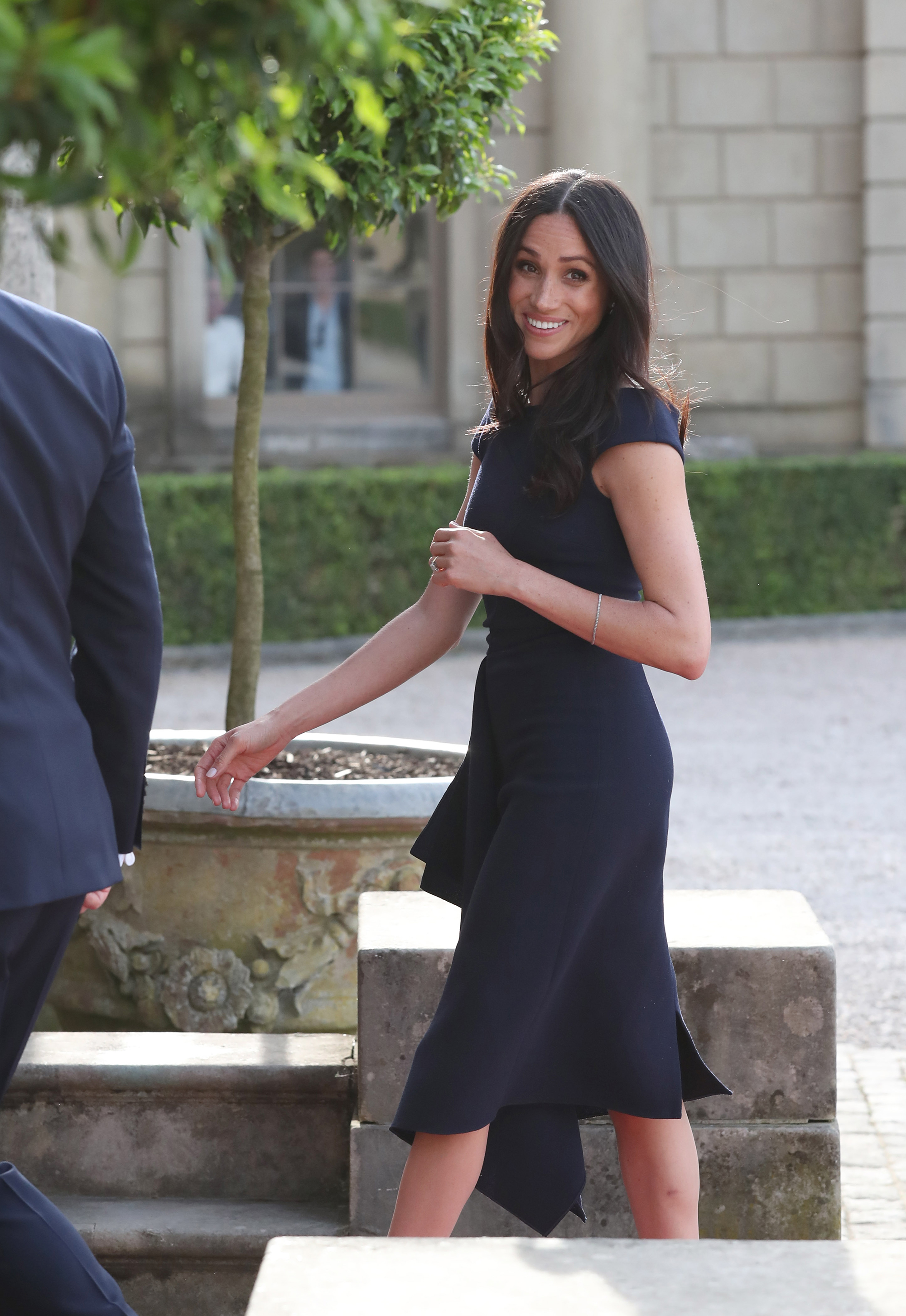 Roland Mouret is a good friend of Markle’s, having dressed her since her pre-royal days; he was once rumored to be in the running to design her wedding dress, a job that eventually went to Clare Waight Keller, then of Givenchy. 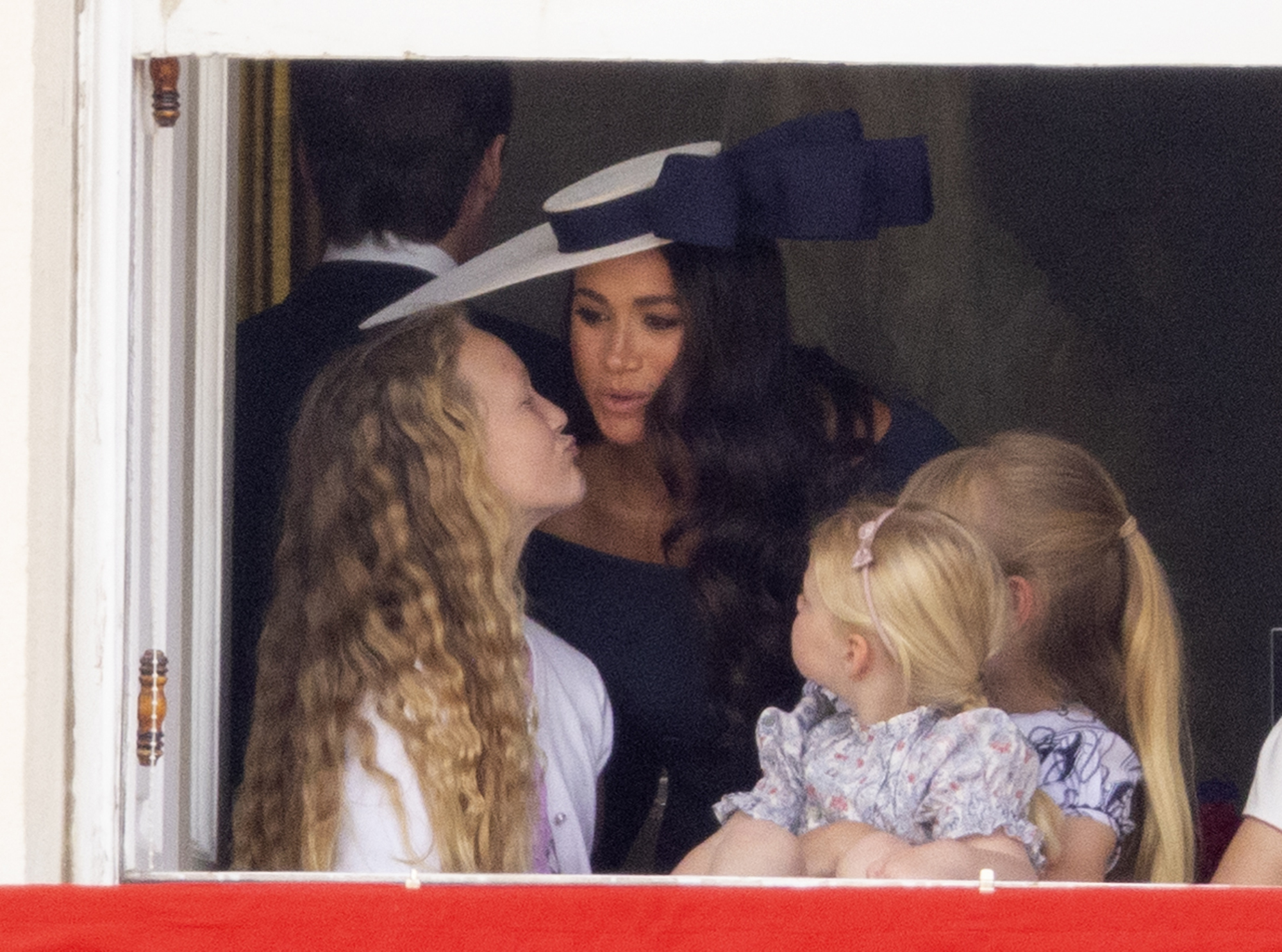 “Meghan knows really well what she likes and the main thing with Meghan is to listen to her and work in collaboration with her,” Mouret told The Post’s Alexa in 2018.

Markle wasn’t the only one who pulled something out of her closet for the Queen’s birthday parade; Kate Middleton and Camilla Parker Bowles both recycled outfits as well, with the Duchess of Cambridge opting for an Alexander McQueen blazer dress she debuted in 2021 and the Duchess of Cornwall choosing a blue striped Bruce Oldfield look from the same year. 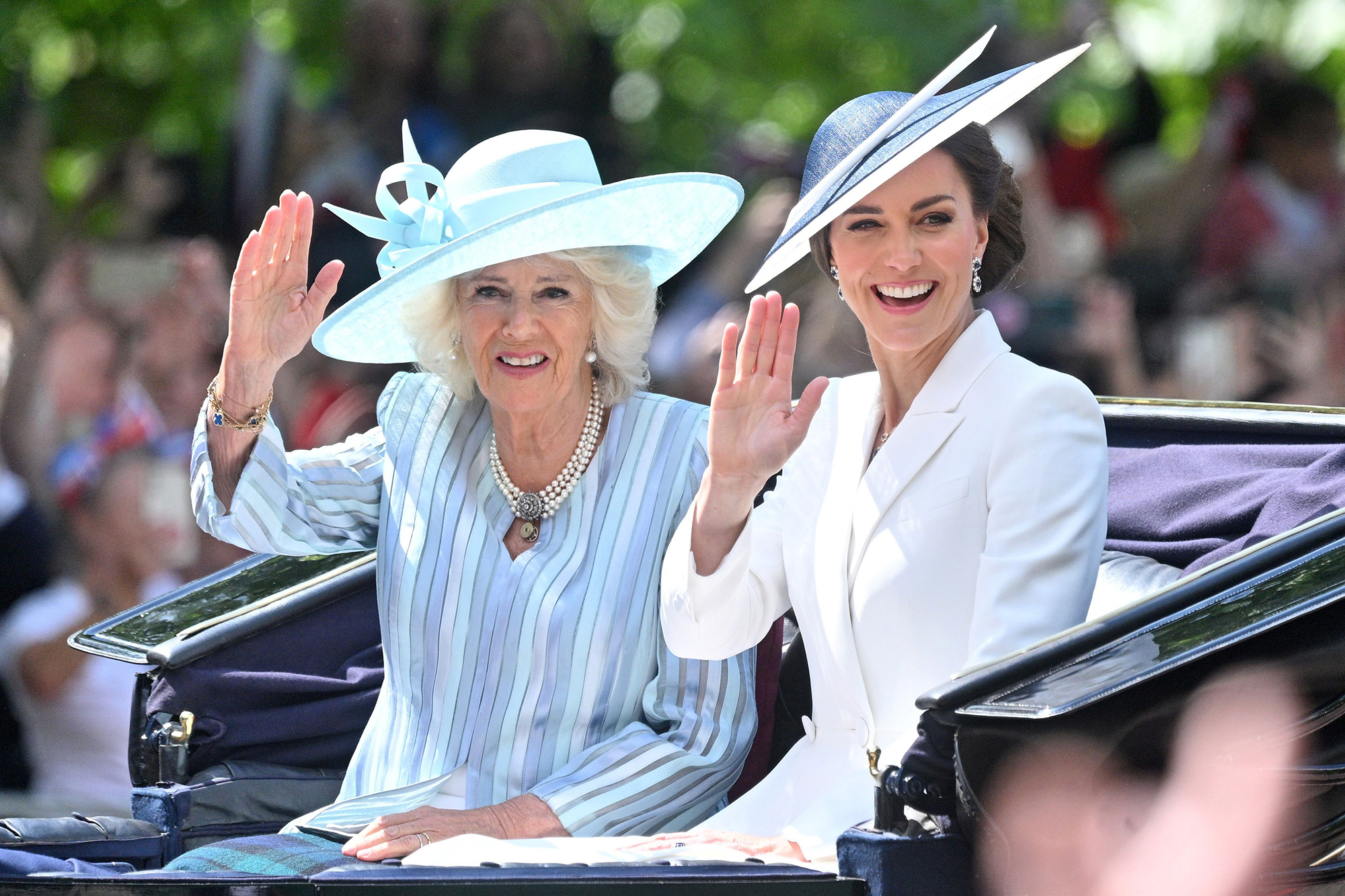 But it was Middleton and Prince William’s youngest son, 4-year-old Prince Louis, who showed up in the cutest royal rewear, sporting his dad’s tiny sailor suit from 1985.

The whole family coordinated in shades of blue for the occasion, thought to be the Queen’s favorite color. 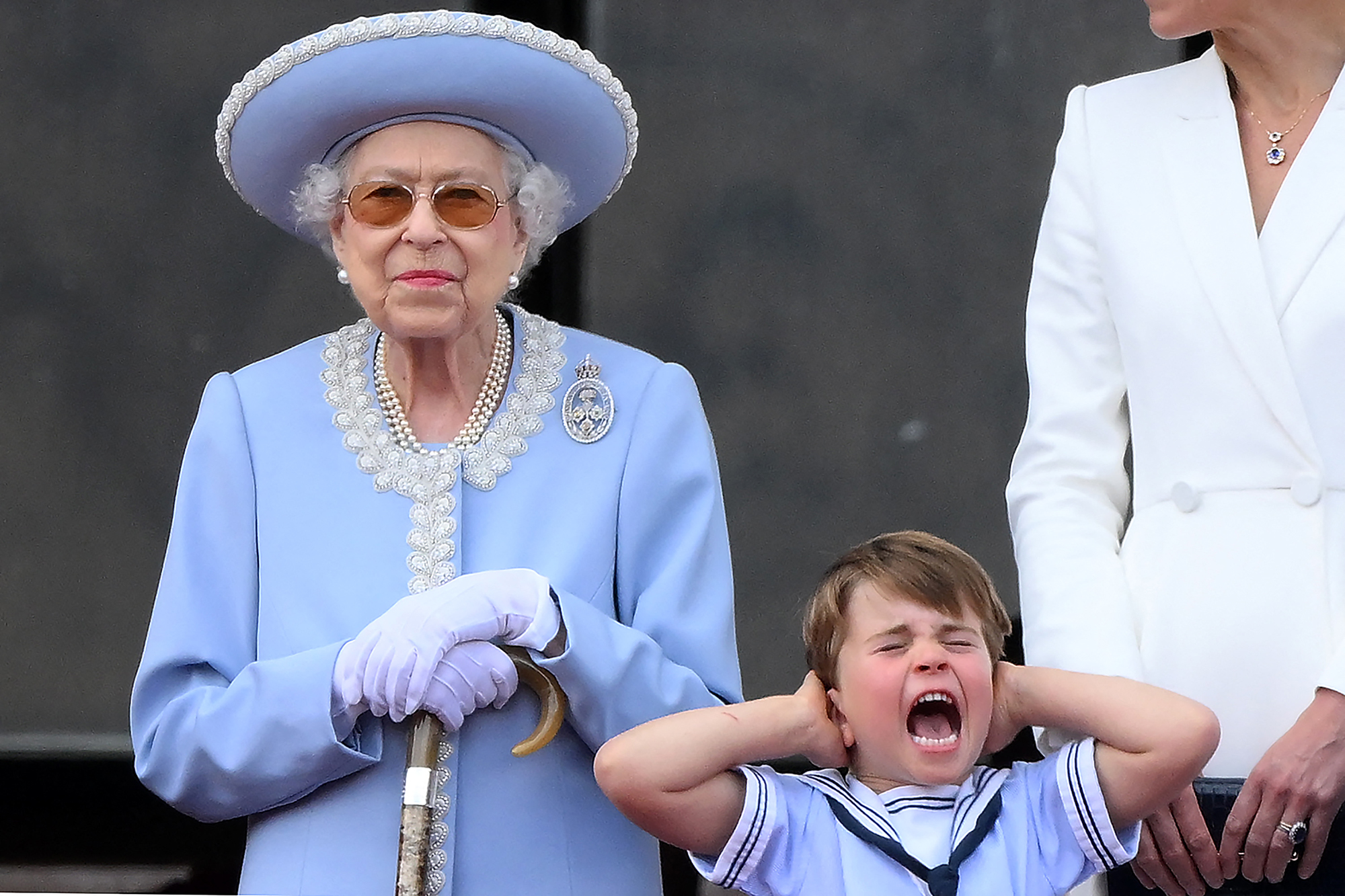