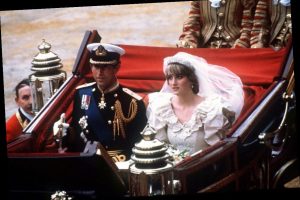 Before Prince Charles and Princess Diana decided to tie the knot, the Prince of Wales dated Diana’s older sister. Her sister, Sarah Spencer, wasn’t all too passionate about her royal man, though. She even compared him to “the big brother” she “never had.”

Ouch! Needless to say, their relationship came to an end after that (royal) burn.

According to Princess Diana: Her True Story In Her Own Words, written by Andrew Morton, Prince Charles was in a relationship with Diana’s sister. He dated Sarah for several months months before getting to know Diana. In Diana’s mind, she never imagined being someone of interest to Charles.

She believed that Sarah was the pretty one. Meanwhile, the future princess saw herself as lesser, compared to her sister.

“I remember being a fat, podgy, no make-up, unsmart lady,” she revealed in Morton’s biography. And at the same token, Diana wasn’t all that impressed with her sister’s new boyfriend.

In fact, her first impression of Prince Charles was “God, what a sad man.”

Did Sarah Spencer put Prince Charles in the ‘friend zone’?

As we know, Charles and Sarah’s relationship didn’t last long. According to Diana’s biography, her sister told the press that Charles was more like the “brother” she “never had.”

She told media outlets, “Our relationship is totally platonic. I think of him as a big brother I never had. I wouldn’t marry a man I didn’t love, whether it was a dustman or the King of England. If he asked me, I would turn him down.”

Needless to say, their romance came to a screeching halt after this comment to the press.

How did Sarah Spencer feel when Diana Spencer became the Princess of Wales?

According to Morton’s biography, Sarah was a very competitive person by nature. She always liked to one-up everybody by being the prettiest, smartest, and most talented person in the room. So when her sister was asked to be the princess rather than her, it took some time for Sarah to adjust. Still, she loved Diana, so she was willing to overcome these insecurities over time.

“Her sister Sarah, for so long the Spencer girl in the spotlight, now had to make way for Diana,” the tell-all book reveals. “While she was happy for her younger sister, she admitted to being rather envious of Diana’s new-found fame. It took her some time to adjust to her new billing as sister to the future Princess of Wales.”

Sadly, Princess Diana wanted to call off her wedding to Prince Charles after learning about his affair with Camilla Parker Bowles.

“I can’t marry him,” she told her sisters, according to her official biography. “I can’t do this. This is absolutely unbelievable.”

But Sarah (along with her sister Jane) essentially told her that it was too late to “chicken out.”

They said: “Well, bad luck, Duch (her childhood nickname), your face is on the tea-towels, so you’re too late to chicken out.”