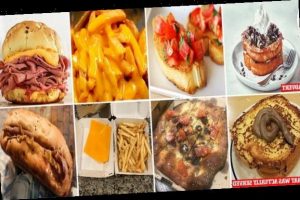 That’s not what I ordered! Disappointed diners share the disgusting dishes they’ve been served that look VERY different from the restaurants’ adverts

Mouth-watering adverts from restaurants and fast-food chains entice us to try their meals – but these pictures prove the products often don’t live up to expectations.

Unimpressed diners from around the world have shared very misleading PR images found at eateries, along with the disgusting dishes they were actually served.

One example includes a cheese plate which promised an array of items artistically displayed – but only included four meats slapped onto a board and a Babybel.

Collated by Bored Panda, another photograph showed a juicy-looking grilled salmon next to the burnt version the customer was actually given. 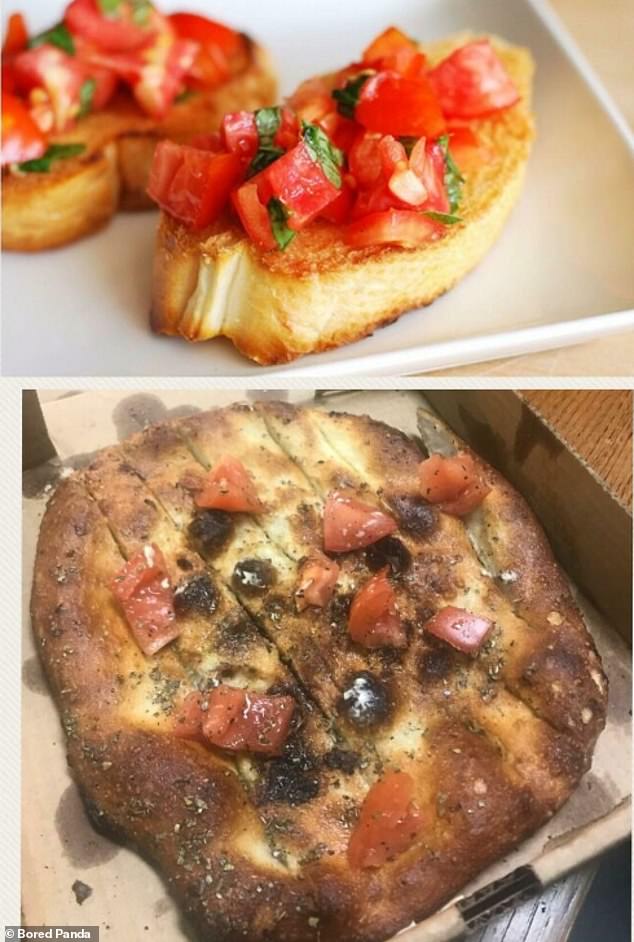 Looking VERY different! One diner was disgusted after being served a burnt bruschetta which appeared nothing like the advert (above) 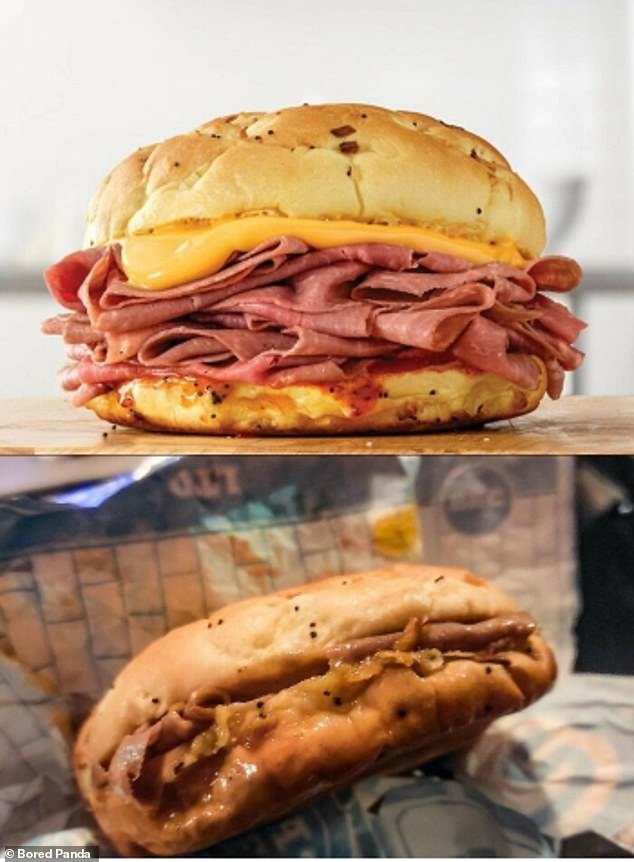 ‘Expectation vs. 2020’, joked one diner after hoping to receive the sandwich shown in the top advert and instead being given a sad-looking bread roll with sloppy fillings 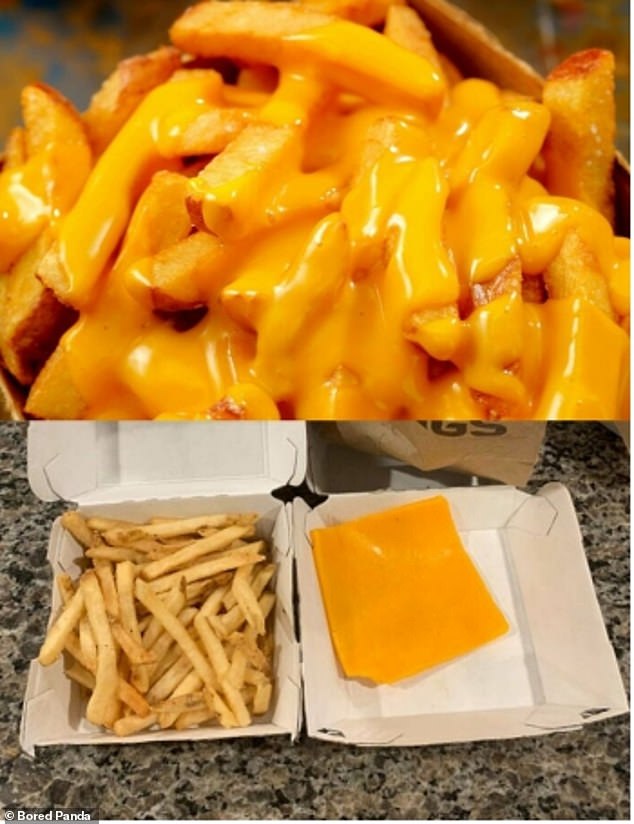 DIY cheese fries! This dish was supposed to arrive like the top image, but instead was delivered with the parts of the meal oddly separated 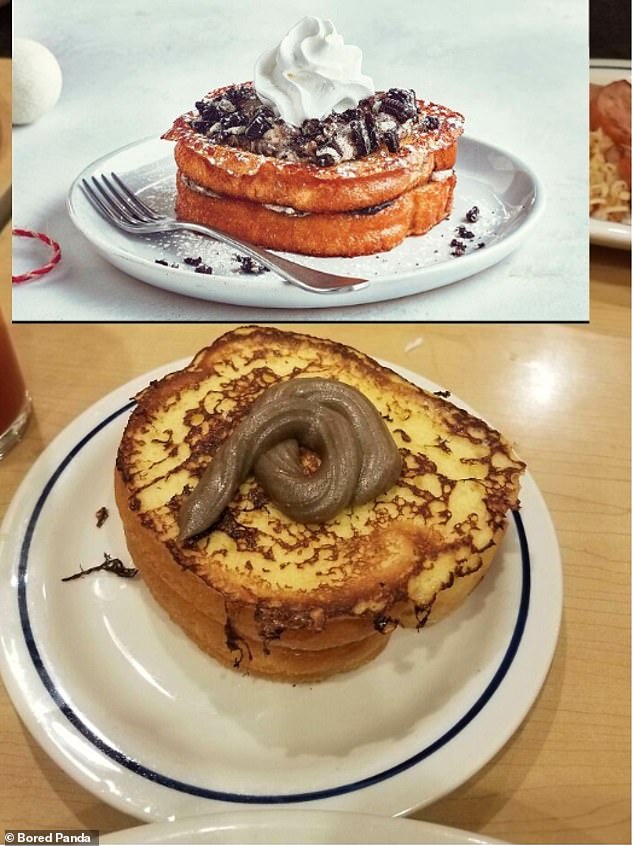 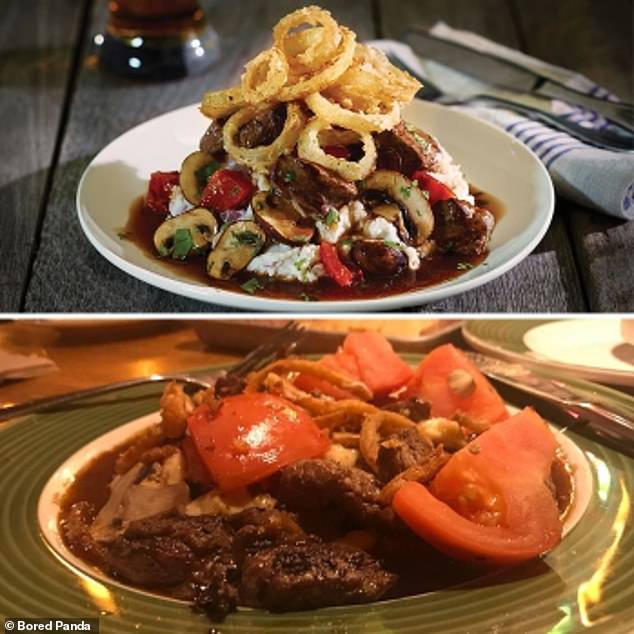 ‘Menu vs. what they served me. No, millennials didn’t kill Applebees, they committed suicide’, one diner said online after visiting the US-based fast-food chain and taking the above image 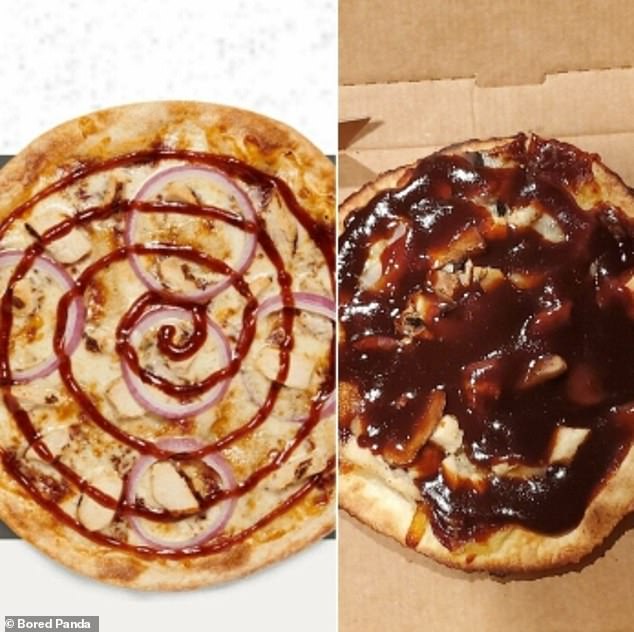 Talking about over the top! One customer complained after being given a pizza with a lot of BBQ sauce on it, despite the advert showing only a drizzle being placed on the product 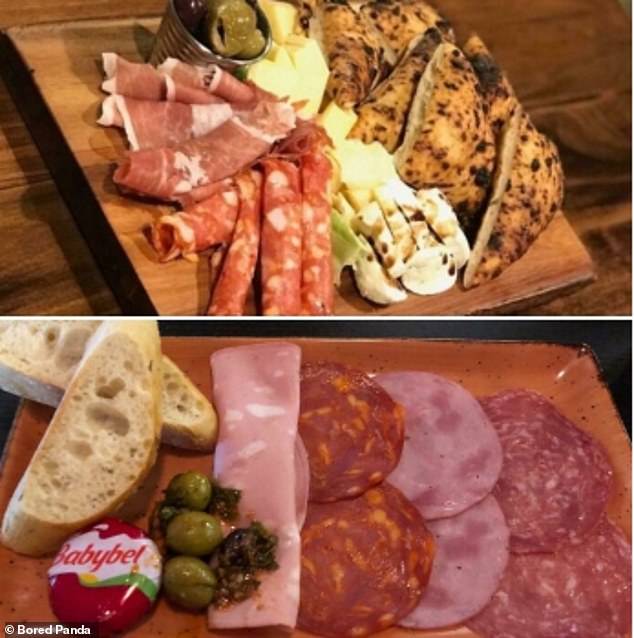 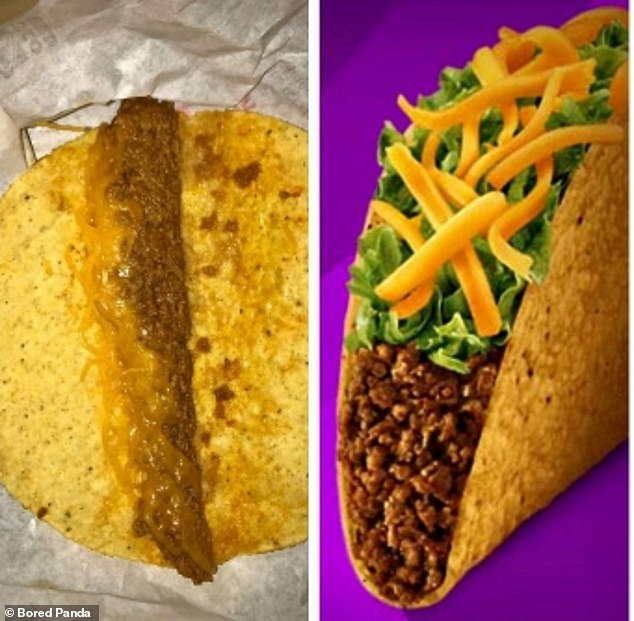 Lacking! An unimpressed customer showcased the difference between what they were promised (right) when ordering a taco, and what they were given (left) 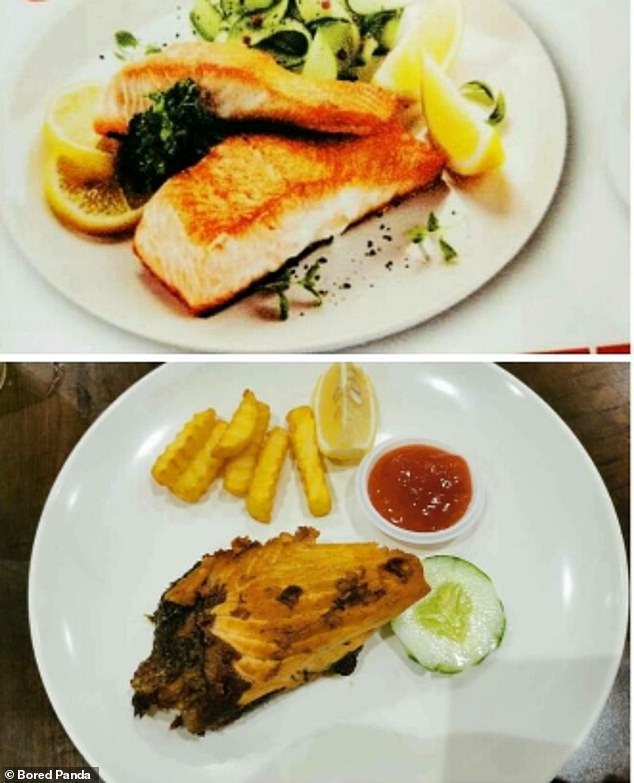 Collated by Bored Panda, another photograph showed a juicy-looking grilled salmon next to the burnt version the customer was actually given (pictured) 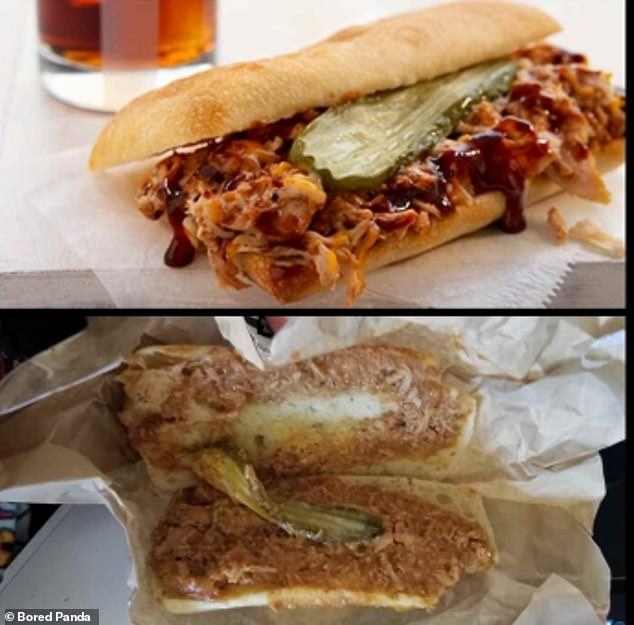 Disappointing! A passenger on an American flight shared this image, insisting they were upset with the sandwich they were given after being shown the advert for it prior to ordering

This steak salad looked nothing like how it was advertised, complained one social media user from an unknown location