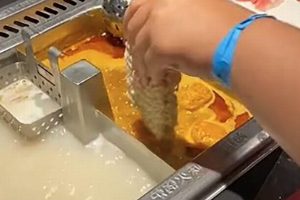 A woman's money-saving hack has split opinions after she filmed her friends bringing their own dried noodles into a hot pot restaurant.

In a video, @iqzhprius shows her pal discretely pulling the dried noodles out of a bag and adding them to the broth bubbling away on their table.

The noodles cook and soften and the friends start to dig in with their chopsticks, the caper apparently a success.

Since sharing the penny-pinching tip on Friday (January 7) the video has been watched more than 8 million times and some people thought it was a brilliant idea while others argued it wasn't worth it.

One person commented: "If you're saving money just eat at home."

"You ordered all of this and brought noodles for saving money!?? Lol, noodles are the cheapest," said a second viewer.

A third person jumped into the debate and said: "The noodles are overpriced and they’re the same kind of noodles as what we brought," to which the TikToker replied: "Exactly!"

Someone else confessed: "Honestly just spent $80 (£58) for super thin slices of beef, chicken, 2 veggies, and 2 small packages of noodles… and my family was still hungry."

Meanwhile, other people claimed bringing noodles into a restaurant could be dangerous for people with allergies.

A typical hot pot restaurant offers a dining experience where customers have a large simmering pot of broth in the middle of the table from which they all eat.

The diners order "extras" they want to go into the broth, such as noodles, meats, and veggies, and then everyone at the table dips their chopsticks in and shares.

Do you agree with this money-saving idea or do you think it's wrong? Have your say and let us know in the comments below