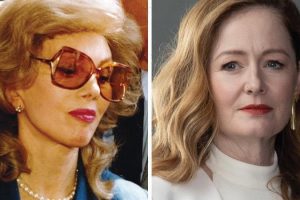 Family has always been at the heart of the Disney brand, but one of its first local commissions, announced on Tuesday morning as part of a wide-ranging and long-awaited slate of Australian-made content, promises to put a whole new spin on the concept.

The Clearing, an eight-part series adapted from the 2019 novel In the Clearing by J.P. Pomare, is a fictionalised account of life in The Family, the LSD- and yoga-inspired cult founded by Melbourne woman Anne Hamilton-Byrne in the 1970s.

The series will star Miranda Otto as cult leader Adrienne and Teresa Palmer as Freya, a former cult member who is trying to raise her son in the outside world when her old life begins to intrude. 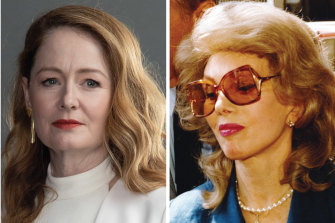 Miranda Otto will play Adrienne, a character based on Anne Hamilton-Byrne.Credit:The Age

Guy Pearce, Mark Coles Smith and Tom Budge are also onboard the project, which will be directed by Jeffrey Walker (Lambs of God) and Gracie Otto, who will direct her half-sister Miranda in a dramatic role for the first time.

“It is such a dark backstory,” says producer Jude Troy of The Family cult, whose practices included children being imprisoned and beaten, having their hair dyed blonde and being forced to dress identically, while being taught to worship Hamilton-Byrne as the reincarnation of Jesus Christ, all while living on an isolated property on the shores of Lake Eildon in Victoria.

“I’ve always been intrigued about how a commune becomes a cult, how that power, that narcissism, corrupts,” says Troy. “But there is a story of redemption, of hope, that we wanted to tell as well.”

In a sign of the stealth with which Disney has been developing its Australian content plans even as it faced criticism for not investing locally, the series was picked up from Wooden Horse – the company Troy and former ABC head of television Richard Finlayson launched in March 2020 – last June and greenlit for production in November 2021. It will begin filming in rural Victoria in late June.

Also in the Disney line-up announced at Sydney’s Museum of Contemporary Art on Tuesday is a reimagining of one of Charles Dickens’ most famous characters. The Artful Dodger picks up the story of Jack Dawkins 15 years after the events of Oliver Twist, with the former pickpocket now a surgeon with a lingering taste for crime in Australia. 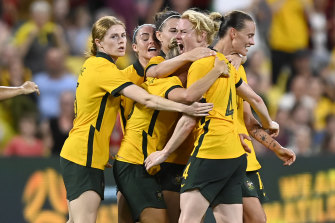 The Matildas will be the subject of one of four local documentaries on Disney+’s slate.Credit:Getty

The in-demand Jeffrey Walker again directs, and is a co-writer with Andrew Knight, James McNamara, Vivienne Walshe and Miranda Tapsell.

Last Days of the Space Age is a dramedy set in 1979 Perth, with the city contending with power strikes, the imminent crash landing of Skylab and its duties as host of the Miss Universe pageant.

Disney has also commissioned four documentaries – Matildas: The World at Our Feet, about the run-in to the 2023 women’s soccer World Cup; Shipwreck Hunters Australia; Chasing Waves, about the surf culture of Japan; and Fearless: The Inside Story of the AFLW – and two reality series, Donna Hay Christmas and What’s Your Toy Story?

It is understood that most of the Australian content will be hosted on Disney+’s Star platform.