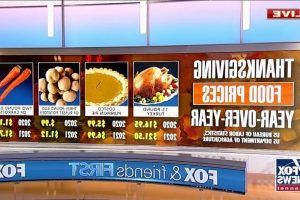 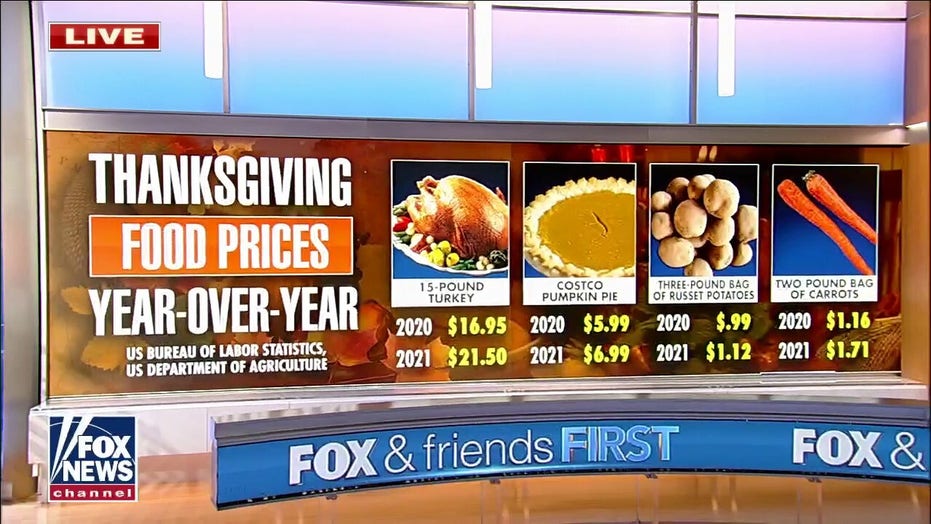 Price of turkey jumps 27% before Thanksgiving

Doug Baker, vice president of industry relations at FMI, on the supply chain challenges heading into the U.S. holiday season.

It turns out you can’t blame turkey for your Thanksgiving nap.

“Folklore has it that the tryptophan-rich turkey is the reason behind the prevalence of snoozers sprawled out in your living room after the leftovers are tucked away,” said Dr. Joan Salge Blake – a nutrition professor at Boston University.

“Tryptophan is one of 20 amino acids found in foods and can be converted in your brain to the neurotransmitters, serotonin and melatonin,” Blake continued. “Since both of these compounds play an important role in regulating sleep, it seems quite logical that tryptophan has always been fingered as the sleep-inducing culprit behind the Thanksgiving Day nap.”

“But if you look a little further into the science (or lack of) behind this folklore, you will soon realize that this tryptophan theory just doesn’t make any physiological sense,” Blake said. 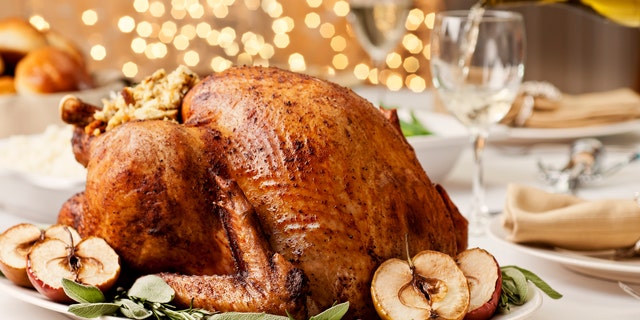 It turns out you can’t blame Turkey for your Thanksgiving nap. Instead, food and sleep experts say holiday drowsiness likely comes from feasting and energy exertion.
(iStock)

Turkey isn’t the only meat that contains tryptophan. According to Blake, a roasted chicken breast usually contains more tryptophan than turkey on average.

The daily tryptophan allowance for an average adult can range between 250 and 425 milligrams, according to Joe Cohen – the CEO of SelfDecode, an artificial intelligence-powered health report app.

“Many people regularly get twice the recommended tryptophan amount without even trying through beef, poultry, fish, eggs, soy, yogurt, cheese, milk, and vegetables,” Cohen said. “It’s difficult to not get the recommended dietary allowance of tryptophan – it doesn’t just come from turkey.” 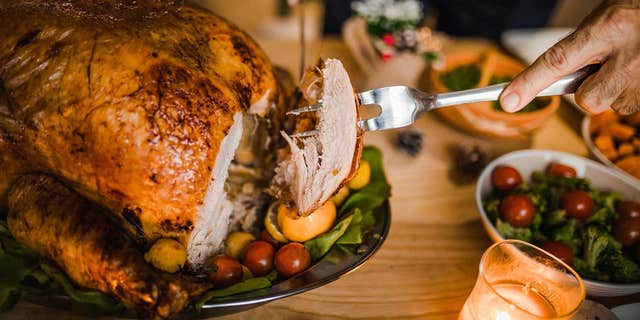 Rather than blaming the seasonal poultry staple for Thanksgiving sleepiness, experts say people are likely experiencing exhaustion caused by a variety of stressors that come from celebrating the holiday.

“When you eat a very large meal, such as turkey, stuffing, and pumpkin pie, your gastrointestinal tract has to work harder to digest all this food. In order for your body to do all this extra work, some of your body’s blood supply is redirected away from your brain to the gut,” said Blake. “This shifting of energy-rich blood from the brain to your gastrointestinal tract can cause you to feel tired. Alcohol also has sedating properties.”

Blake added, “Let’s not also forget all of the extra work that goes into creating Thanksgiving. The amount of time and effort needed to shop, prepare, and clean up the food served would give anyone cause to cuddle up on the couch for a post-dinner nap.” 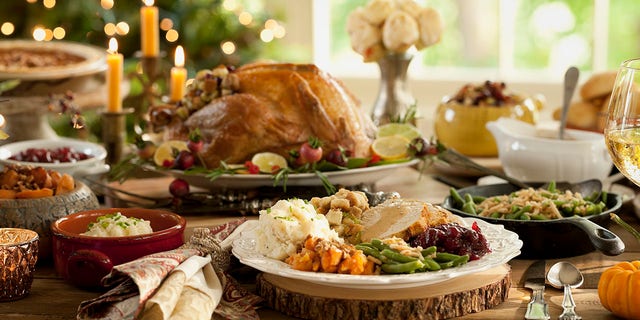 Rather than blaming turkey for Thanksgiving sleepiness, experts say people are likely experiencing exhaustion caused by a variety of stressors that come from celebrating the holiday.
(iStock)

Not getting enough rest before the holiday could make Thanksgiving drowsiness worse.

“The overeating can make one feel tired or lethargic if they are lacking sleep, to begin with,” said Robert Pagano – who is a certified sleep science coach and co-founder of Sleepline, a mattress review company. “Eating too many carbs at once can also make one feel exhausted afterward because their body isn’t used to such a large amount of food.”