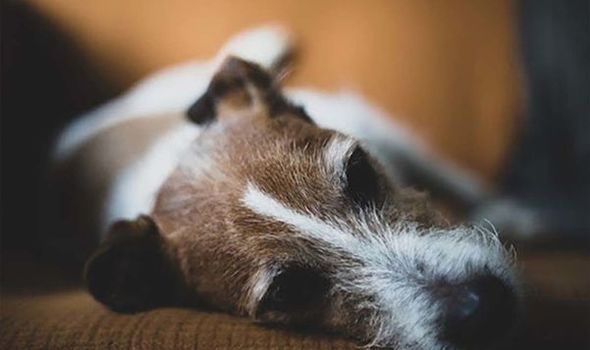 Owners are urged to take real care over winter when droplets of antifreeze can present a potentially fatal risk to dogs. Antifreeze is a liquid that is added to cars to prevent water in the systems from freezing and causing damage as temperatures plummet. But while it’s useful for motorists, it’s extremely dangerous if licked by dogs.

Available in concentrated or ready mixed forms, this common product often contains ethylene glycol ‑ an ingredient that’s life-threatening to dogs when consumed even in small quantities.

Our sister website TeamDogs spoke to veterinary surgeon and Noochy Poochy founder Dr Lucy McKinna to learn more about it.

Lucy said: “Although odourless, it has a very sweet flavour and many animals will voluntarily lick up spilled or leaked antifreeze from garage floors or driveways.

“It is extremely toxic ‑ only a very small amount ingested can result in poisoning and death by causing acute damage to the kidneys.”

These often occur within the first 30 minutes to 12 hours after ingestion, with wobbliness, or seeming ‘drunkenness’, one of the first signs that a dog has antifreeze poisoning.

In the second stage of symptoms, these may appear to ease ‑ but, Lucy warned that pet owners shouldn’t have a false sense of security.

She explained: “12 to 24 hours after ingestion some of the signs seem to dramatically improve, yet irreversible damage has already been done.

“It is imperative that dogs are treated with the antidote (fomepizole) within eight to 12 hours of ingesting ethylene glycol as without prompt treatment they may die.

“If you know or even suspect your dog has consumed ethylene glycol, it is critical that you seek immediate veterinary attention as the antidote has only a narrow time period to work.”

Thankfully, this ‘antidote’, sometimes known as ‘4-MP’, is generally effective if administered within the necessary eight to 12 hour window.

However, prevention is the best course of action when it comes to the toxic substance.

Dog owners should be mindful about keeping an eye on their car radiator, wiping up any spills and storing their antifreeze somewhere safe, if it contains ethylene glycol.

Keep up to date with all our TeamDogs news by following our social pages. As well as videos, tips and advice, we’ll also be sharing some of your amazing doggy pictures so follow us on Facebook, Instagram and Twitter.