Decades after her alleged affair with a married man who was running for president, Donna Rice says she still feels the pain from the media firestorm that followed the scandal, but said she hopes her story “gives encouragement to people who are at rock bottom now, to say: ‘There’s a way out.'”

In the new movie, “The Front Runner,” Hugh Jackman stars as Senator Gary Hart, the married presidential hopeful whose White House dreams were derailed by allegations of an affair with Rice, a then 29-year-old model and pharmaceutical sales rep.

Now, 31 years later, Rice is speaking out, telling “Good Morning America” in an exclusive interview that the new film “has triggered a lot of old stuff.” 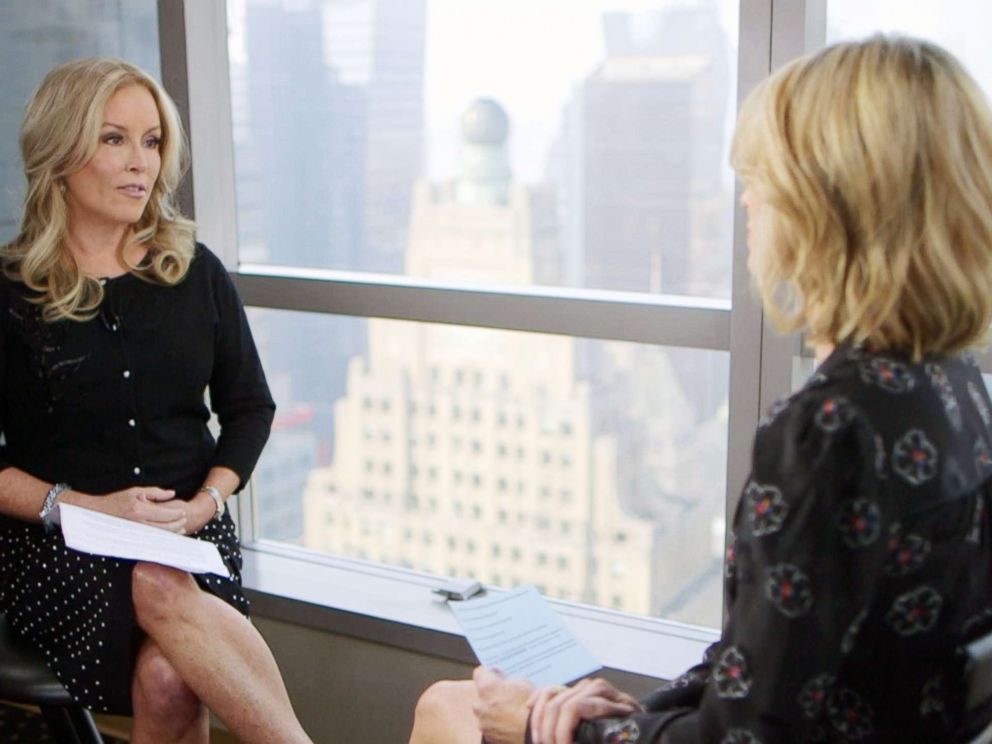 Rice said she found out about the film via a Google Alert, and her first reaction was that she “panicked.”

“Some of the the old PTSD stuff started to come back,” she added. “I thought I was really healed up but there’s more work. Healing comes in layers.”

Rice, who has seen the new film, said she thought “it was brilliantly written and played scene and the young lady that’s playing me just did a remarkable job.”

Still, after watching it, she said she “wept” from remembering “a lot of the old pain.”

“I was already in bed and I started thinking about it and I wept for that young girl that was me,” she said. “I was in so much shock then, I didn’t weep for probably weeks because of the trauma.”

“Then eventually the anger, the grief, the pain, and the trying to survive took over,” she added.

Throughout the years, Rice has remained largely quiet about the Hart scandal, speaking out only a few times, and never revealing too much about the relationship.

She told “GMA” that she didn’t know at the time she entered the relationship that he was married, and that then he hadn’t even announced he was running for president.

“You couldn’t Google anybody” back then, she added. “I didn’t know much about him.”

The media circus that ensued was unlike anything even experts had seen before, Rice said.

“I couldn’t get back into my apartment, there were high speed car chases, the people on my floor where I was living were renting out their condos for 2,000 dollars a day to mainstream media outlets, helicopters flying around with zoom-in lenses and that was my life for quite a while,” she said. “And the thing was, it really hadn’t happened before.”

Rice said she “chose silence” and “chose the high road,” despite being offered some very lucrative opportunities at the time.

“I just went underground for 7 years after that,” she added.

Now, decades later, the wife, mother and grandmother says she’s worked hard to move on from that time in her life.

When asked what the media got wrong at the time of the scandal, Rice responded with “just about everything.”

“I was staying silent,” she added. “So it’s really easy for a false narrative to emerge … I didn’t even recognize myself.”

Rice said that she hadn’t heard from Hart until years later, when “he reached out during the Clinton Lewinsky story.”

He called and “apologized,” she added. “I told him I had forgiven him a long time ago.”

Now Rice has dedicated her life to “fighting to make the internet safer for families and children.”

As the president and CEO of the nonprofit, nonpartisan organization Enough is Enough (EIE), Rice has been pioneering efforts to make the internet a safer place for children since 1994. EIE works to raise awareness about the threats of predators and more online, especially for parents. It also encourages the technology industry and those in power to implement solutions to address these threats.

“When we launched the internet safety movement in 1995 it was at the beginning of the internet becoming very commercial,” Rice said. “What we saw and what we knew then is that sexual predators and pornographers were way ahead of the law, they were the early adapters of the internet.”

“We knew that children would be the early adapters of the internet,” she said. “So there was a perfect storm coming and we wanted to get in front of it.”

“When social media came along we picked up bullying, sexting, and all these things,” she added.

She said she “used all that pain and suffering to try and prevent some of those things from happening to someone else.”

Rice said she hopes that her journey “gives encouragement to people who are at rock bottom now, to say there’s a way out, and I believe the high road is the way.”