‘Doria is so sweet!’ Duo behind Meghan’s mother’s Oscar de la Renta royal wedding outfit reveal how the keen runner came to fittings armed with healthy snacks for the designers

The designers behind Doria Ragland’s royal wedding outfit have revealed how the ‘sweet’ mother of the bride brought along healthy snacks for them to fittings.

According to Laura Kim and Fernando Garcia, the design duo heading up the late Oscar de la Renta’s brand, Meghan’s mother came to fittings in the run up to the big day armed with treats, but only healthy choices – ‘no cookies’.

They told Buro Middle East that royal bride Meghan – who wore a wedding gown by the British designer Clare Waight Keller for Givenchy – approached them for her mother’s outfit because she wanted a US-based fashion house represented on her big day.

After receiving a ‘very exciting’ email from Meghan’s assistant ahead of the wedding, ‘we flew to LA to meet Doria and she brought us snacks to the fitting,’ Fernando said.

He added: ‘They were healthy snacks because she’s a runner.’ 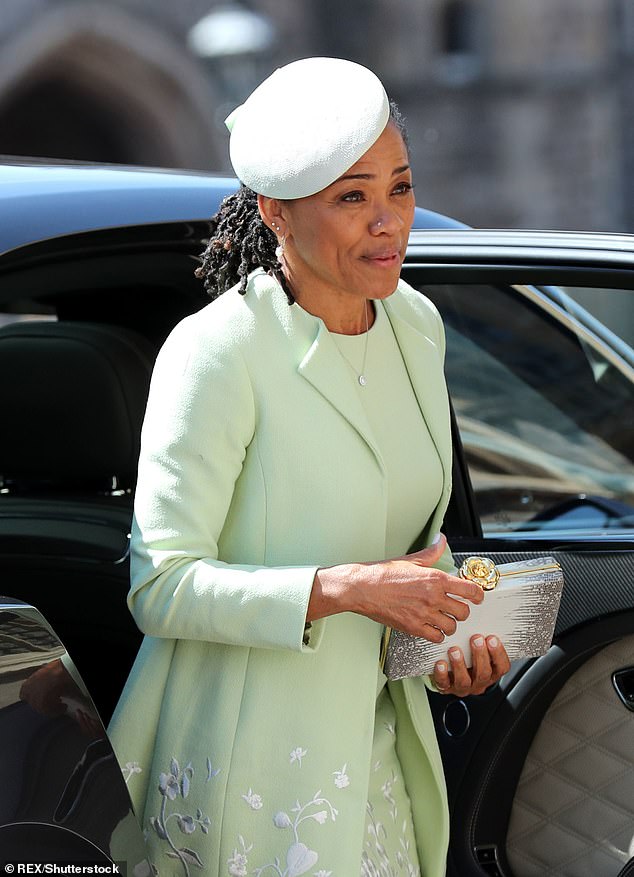 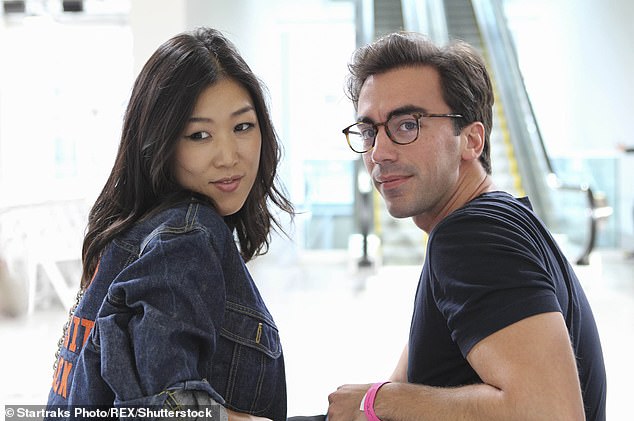 ‘She’s so sweet, her snacks were so cute too,’ his fellow designer Laura added of the mother of the royal bride.

Doria’s pistachio green mother-of-the-bride ensemble – with a chic co-ordinating beret style hat – was widely praised in the wake of the royal wedding, and the co-creative directors described the response on the morning of the event as ‘insane’.

‘We had crazy press!’ Laura said.

But they confessed it was only when Doria emerged from the wedding car with her daughter before the ceremony that they knew for certain she had worn it.

Fernando said the Palace had gone ‘radio silent’ in the days leading up to the wedding, but that the duo had simply been ‘hoping for the best’.

Of seeing her in what they’d created, Fernando recalled an ‘eerie sense of unity’ because the ‘whole world was watching’. 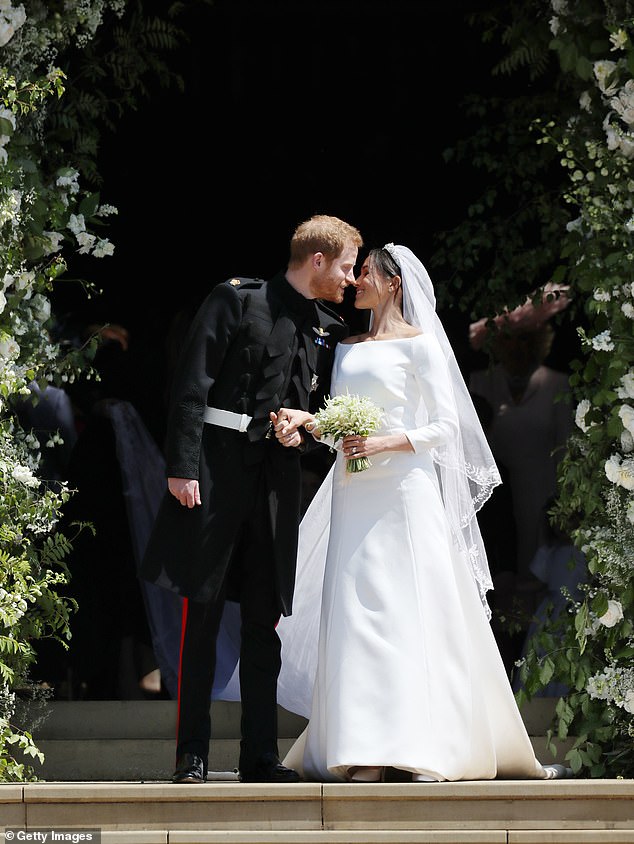 According to the designers, royal bride Meghan – seen in her Givenchy wedding gown on her big day – wanted a US label represented at her wedding, too 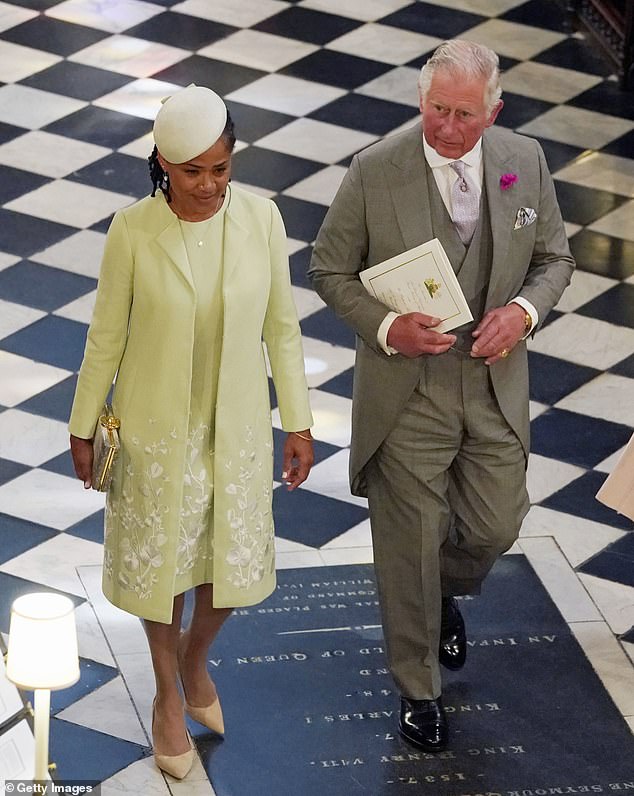 Laura Kim and Fernando Garcia revealed how the mother-of-the bride – seen making her way into St George’s Chapel with Prince Charles – brought snacks along to fittings before the big day – but only healthy ones, ‘no cookies’

Yoga instructor Doria’s passion for fitness is no secret. She’s frequently been snapped out and about in LA in her workout gear, and has passed on her devotion to exercise to her daughter, who has previously said yoga is ‘in my blood’.

Before she became a royal, then actress Meghan was also fond of sharing her healthy food and fitness tips on her now defunct lifestyle blog, The Tig. 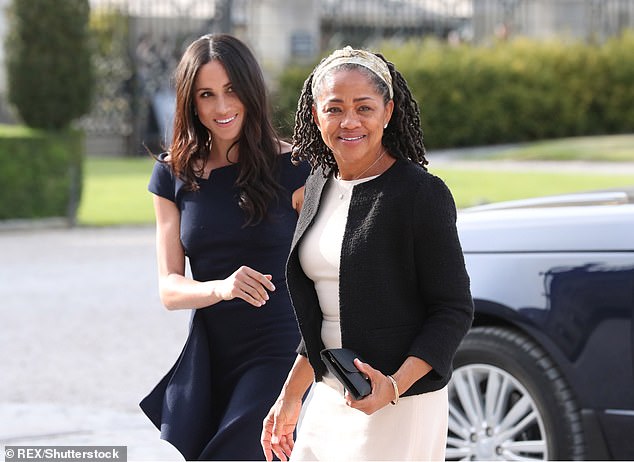 The Duchess of Sussex has a famously close relationship with her mother, who joined her at Cliveden House on her last night before she became an official member of the royal family 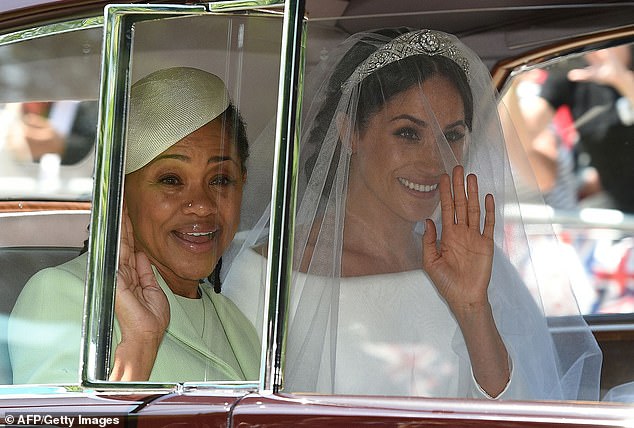 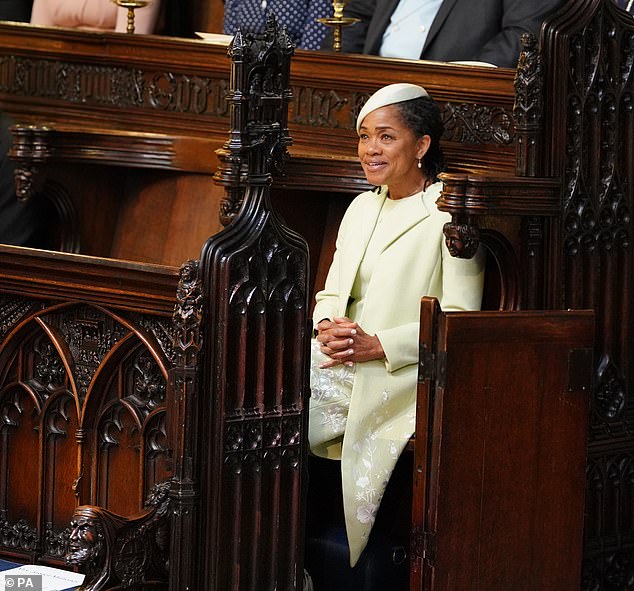 Mother of the bride Doria was the sole representative of the royal bride’s family, seen sitting in the quire at St George’s Chapel on the royal wedding day on May 19th

The Duchess of Sussex, who is now expecting her first baby, has herself worn Oscar de la Renta on a number of occasions – including a spectacular tulle cocktail dress chosen for the Australian Geographical Society Awards in Sydney on her royal tour with Prince Harry.

She also chose a more divisive blue and white floral maxi dress to attend the wedding of Celia McCorquodale, niece of the late Princes Diana, a month after her own big day. 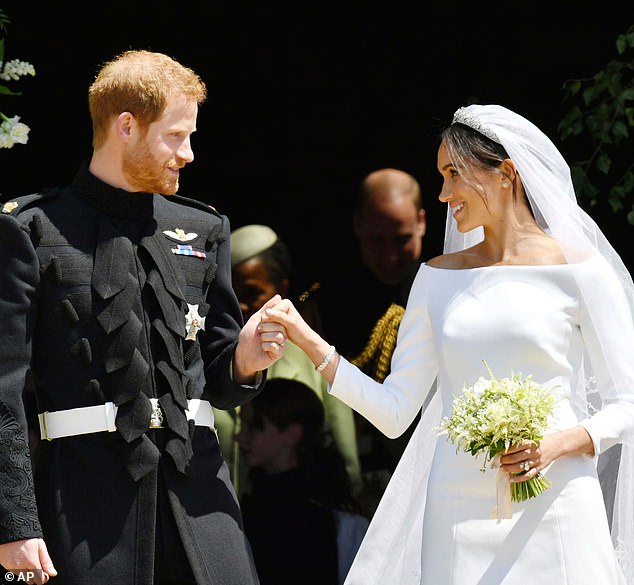