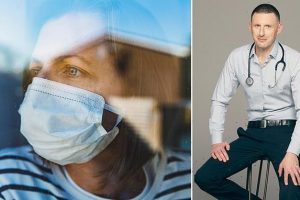 DR MAX PEMBERTON: Why you should never say ‘Don’t panic!’

We’ve seen all of these in recent weeks, not because of the pandemic, but thanks to the ‘pingdemic’, the catastrophic fallout of the Test and Trace app. As Covid cases have risen, a large number of sectors from hospitality to health care have been hit by staff being ‘pinged’ by the app and told to self-isolate.

Empty shelves caused by staff shortages along the supply chain have been the most obvious manifestation of this and it has prompted the Government to warn against ‘panic-buying’.

From a psychological perspective, this is disastrous — it will prompt those who hadn’t thought about panic buying towards it. And, as this happens, more see it happening, which prompts more urging not to panic buy . . . and so it spirals. 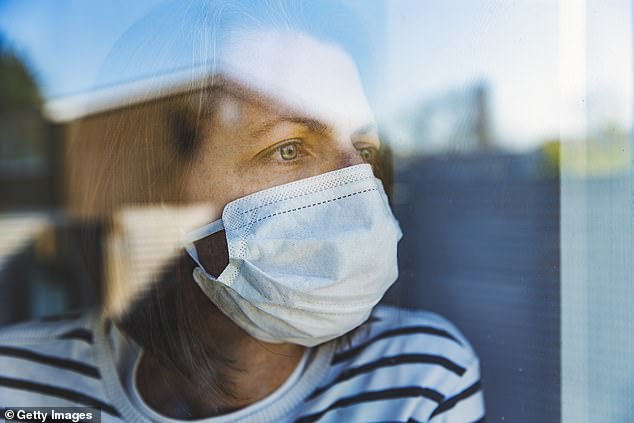 We are in the midst of a crisis, yet just like Lance Corporal Jones from Dad’s Army, the Government seem to be doing little more than the political equivalent of running around shouting ‘don’t panic!’. And it’s going to solve absolutely nothing.

Panic buying is driven by a fear of the unknown and the belief that a dramatic event warrants a dramatic response. The more something is seen as being dramatic, the more extreme we feel the response needs to be.

It is fuelled by anxiety and a need to feel in control, not actual necessity. And the scarcer things become, the more we believe we need them.

Rather than putting us off in a crisis, there’s evidence the longer we have to queue for things and the more effort we have to put in to getting essentials, the more relief we feel when we get them. So perversely, panic buying helps manage our anxiety.

Telling us not to do it only makes us panic more.

The whole pandemic has been an interesting example of how often our fear of something can make things worse.

Except for an initial run on toilet rolls in March 2020 (again, prompted by people being asked not to panic buy), there have been no pandemic-related supply issues for basics.

Yet now we are seeing empty shelves and it’s not because of Covid-19, it’s because of a daft app that we created in part to manage our anxiety about the virus.

In fact, the past few months have been a case study in how not to do things from a psychological perspective. 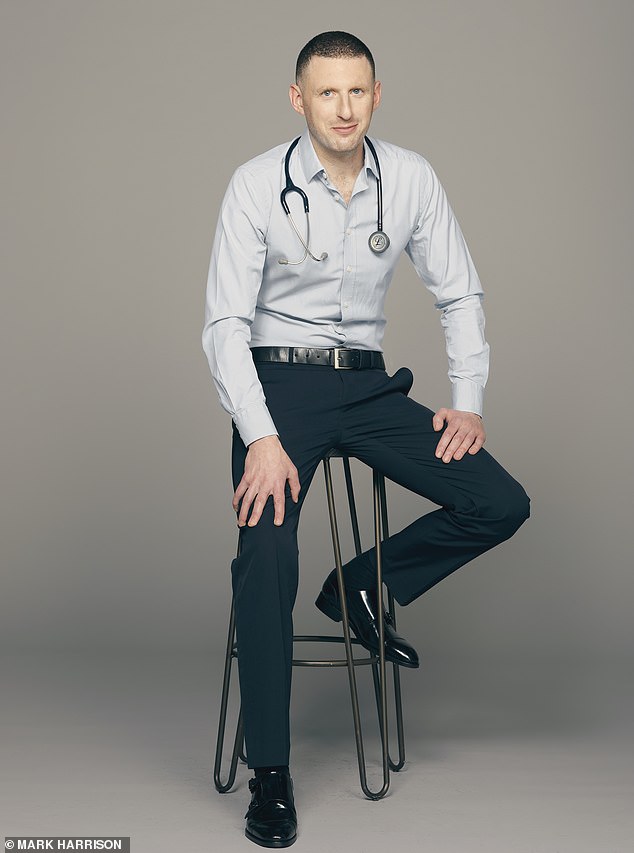 Dr Max (pictured) said the young in particular, have become complacent and dismissive, bored and fatigued with the Government’s confusing messaging

What we needed from the start was a sensible, calm, rational discussion about the realities of the virus. We needed to remind people that the aim was to prevent the NHS from becoming overwhelmed, to minimise Covid’s impact on our lives and protect the most vulnerable as best we can, not to try to get to zero infections, or even deaths, as this will never happen.

From the start, we needed to learn to live with it.

Instead, the Government’s confusing messaging has had a polarising effect, creating two distinct groups within the population.

For some, the constant confusion, flip-flopping and moving of goalposts has created a sense of frustration and irritation. They’ve simply given up. They’ve become complacent and dismissive, bored and fatigued with the whole thing.

I think this is particularly evident in the young who, understandably, feel they’ve put 18 months of their life on hold for something that isn’t likely to harm them anyway. And now there isn’t, apparently, any end in sight for the restrictions.

This isn’t helpful if we face a further wave, as these people are unlikely to heed any warnings about it, unlikely to self-isolate when necessary and will resist further attempts to curtail their freedoms.

Yet for others, they remain in a constant, heightened state of fear and anxiety.

The confusion from the Government has further compounded their worries and this sense of things being in flux and uncertainty has made them move towards being increasingly cautious.

The Government’s confused messaging has helped to create a new era of permanent Covid terror among this group of the population.

We’ve lost sight that this virus is not particularly deadly or even that debilitating for the vast majority of people, certainly compared to infections such as HIV and TB, both of which we’ve learned to live with rather than wait paralysed until they are eradicated.

But irrational and ongoing shifting of goalposts means there’s no logical end to this debilitating state of fear.

We will not be rid of this virus; that’s not how viruses work. The pingdemic is just the start of us witnessing how our attempts to manage risk will work against us. And a very good example of that old adage: the only thing we have to fear is fear itself. 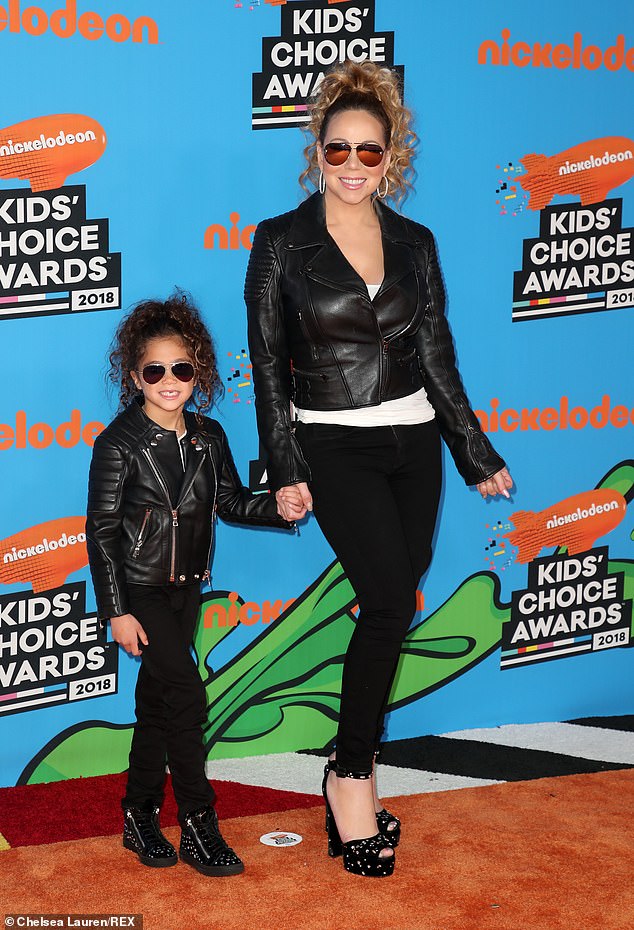 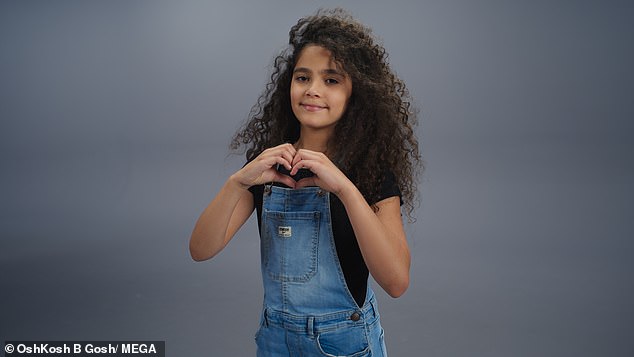 Dr Max has had several former child stars and models as patients and they have been profoundly damaged by the experience. Pictured: Mariah’s daughter Monroe

Mariah Carey’s ten-year-old daughter Monroe has started modelling. My heart sinks when I hear stories such as this. Being in the public eye is incredibly tough, but even more so when you’re young. The history of child models and actors shows how damaging this can be. Swedish actor Bjorn Andresen was 15 when he starred in the film Death In Venice and became a global icon. Dubbed ‘the world’s most beautiful boy’ by director Luchino Visconti, his stardom negatively affected the rest of his life. A documentary out next week charts how being objectified at such a young age took its toll. I’ve had several former child stars and models as patients and they have been profoundly damaged by the experience. It’s a ruthless, savage and brutal world to expose young people to. I wish Mariah’s daughter well and hope she has fun, but wouldn’t recommend this path to others.

The more persuasive case is that problems with hearing result in the dementia.

Many think this is due to the isolation being hard of hearing can bring, which means hearing aids can solve it. But research shows the time from the first symptoms to seeking help is typically ten years.

If you’re having problems with your hearing, don’t delay — get a hearing aid.

A chat about consent 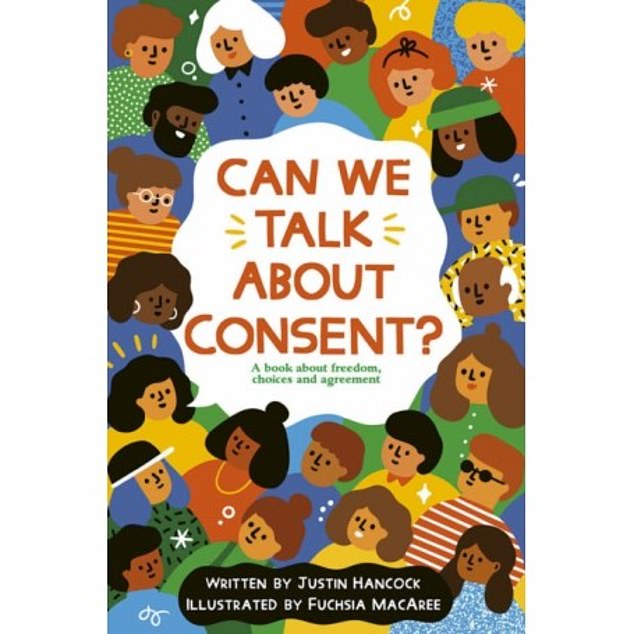 Can We Talk About Consent is a great book for parents or grandparents who need to broach this thorny subject. I’ve seen in my practice what a minefield kids’ lives have become around things such as consent, not helped by confusing messages and social media. It’s hard for adults born in a different time to understand the issues. Use this illustrated book to start the conversation.