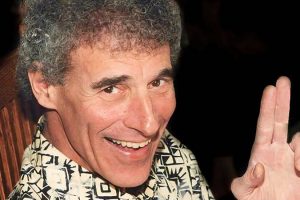 Dr. Michael Davidson, an epidemiologist who pursued a career focused on infectious disease in part because of the death of his grandparents during the 1918 Spanish flu pandemic, died on Nov. 8 at Providence Hospital in Anchorage. He was 77.

His death was confirmed by Dr. James Sprott, a close friend. The cause was Covid-19.

Dr. Davidson’s maternal grandparents died of the flu within a week of each other, orphaning their five children. That tragic family history affected Dr. Davidson deeply.

A week before he tested positive for the coronavirus, he told a longtime friend, Dr. John Finley, that he would have relished the chance to be part of the effort to end the pandemic. But he had already retired, shortly after a biking accident in 2003 left him a quadriplegic.

Dr. Davidson worked with the U.S. Public Health Service, the Alaska Native Medical Center and the Centers for Disease Control in Anchorage.

He conducted pivotal studies on cardiovascular health and infectious diseases among Native Alaskans. He also studied pneumonia, H.I.V. and the human papillomavirus, or H.P.V., and helped confirm that H.P.V. can trigger cervical cancer. Throughout his career, he traveled to remote parts of the world to further his research and provide medical training.

He was a visiting fellow in 1993 at the Papua New Guinea Institute of Medical Research, focusing on pneumonia. In the 1980s, he traveled to Peshawar, Pakistan, to create a paramedic training program for Afghan refugees.

An avid outdoorsman who loved to cook, Dr. Davidson ran marathons, hiked in the desert, cross-country skied in the backcountry between remote Alaskan villages and rafted white water rivers.

He was badly injured in a biking accident shortly after he relocated to New Jersey for a new job heading up an H.I.V./AIDS research team for Roche Pharmaceuticals.

“He had two real loves in life, the outdoors and cooking,” Dr. Sprott said in an interview. Dr. Davidson honed his culinary skills by trying every recipe in the 24-volume “Time-Life Foods of the World” cookbook collection.

For the past 10 years, he required round-the-clock home care. “He drove his aides crazy, telling them how to cook, but they could never do it like he did,” Dr. Sprott said. A lover of jazz and the blues, Dr. Davidson played the saxophone.

Michael Davidson was born on April 8, 1943, in Greensburg, Pa., outside of Pittsburgh, to Peter and Selma Davidson, who owned a men’s clothing store in Greensburg and later in Meadville, in northwest Pennsylvania, where Dr. Davidson grew up. His older sister, Paula, a nurse, died at a young age.

He earned a degree in biology in 1965 at Franklin and Marshall College in Lancaster, Pa., and received his medical degree from the University of Pittsburgh School of Medicine in 1969. He spent a summer while in medical school on a Navajo reservation studying the high prevalence of gallstones among the people there, Dr. Thomas Welty, a friend and medical school classmate, said. The experience inspired Dr. Davidson to work with Indigenous people in Alaska, he said.

Dr. Davidson completed his internal medicine training at George Washington and Georgetown universities, and had a fellowship in infectious disease at the University of New Mexico, where he later taught while running a private practice in internal medicine. He earned a master’s degree in public health in 1983 and, in 1999, a doctorate in clinical epidemiology from Johns Hopkins University. He also taught at the biomedical program at the University of Alaska.

Dr. Davidson had no immediate survivors.

END_OF_DOCUMENT_TOKEN_TO_BE_REPLACED

END_OF_DOCUMENT_TOKEN_TO_BE_REPLACED
We and our partners use cookies on this site to improve our service, perform analytics, personalize advertising, measure advertising performance, and remember website preferences.Ok