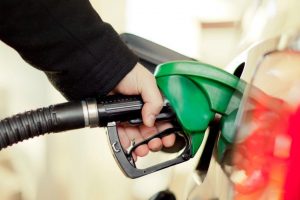 A woman has revealed how a fuel-saving hack helped limit her spendings on petrol.

The trick enabled the driver to secure "massive savings" over the past six months when she switched to different fuel.

She gave followers an update after going from using E5 petrol around six months ago.

The UK car owner, known as Jade, amassed over 25,000 views on a video discussing her decision.

"This is what using premium fuel over time does – and it's summer, which apparently helps." She pointed to her dashboard display and said: "Can you see that? 60.1 miles per gallon.

"So, I'm currently getting 14 miles per gallon more than I did back then."

Jade explained last summer she was getting 56mpg so she's seen a big improvement.

She added: "Spending that little bit more, it's is 8p more expensive per litre, has a massive saving in the end. I really recommend it.

"We're all feeling the cost of living right now. It's so expensive. Fuel is more expensive than it's ever been.

"So, hopefully, this video will help people."

E10 is a relatively new fuel for UK drivers, which is more environmentally friendly.

It was rolled out across the UK to reduce carbon emissions as it contains 10% ethanol, while E5 has 5% and 95% fossil fuels.

Not all cars are compatible with E10, but petrol cars produced after 2011 would be.

According to the government, there is only a 1% reduction in fuel economy when switching from E5 to E10.