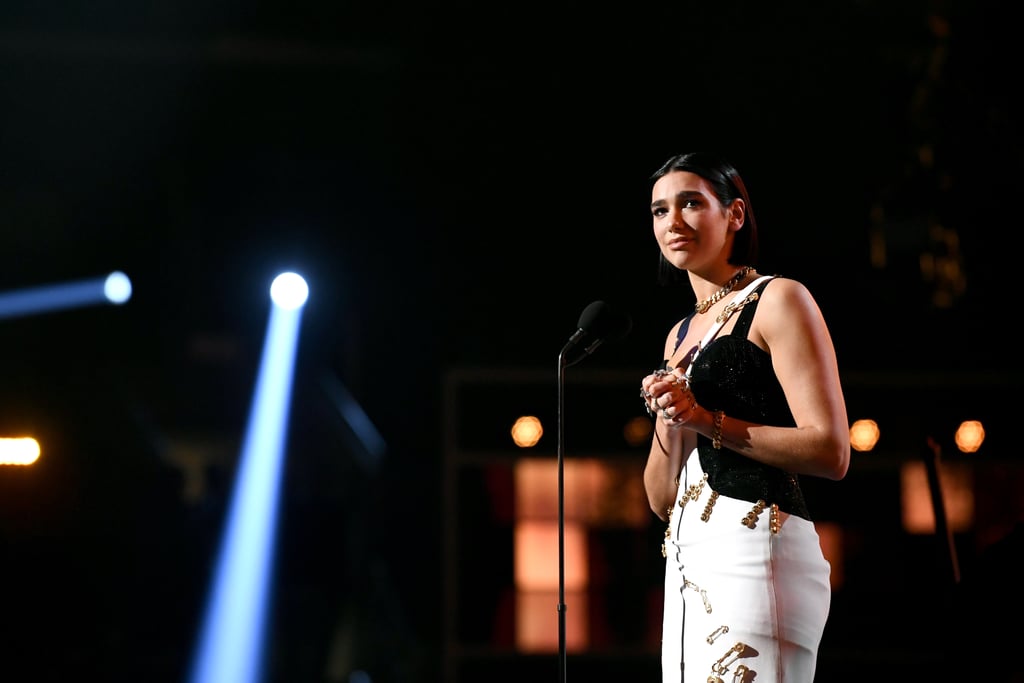 Before the Grammys cut off Dua Lipa’s mic while she was giving her acceptance speech for best new artist on Sunday evening, the “Swan Song” singer managed to slip in a subtle dig at Recording Academy president Neil Portnow, who made a sexist remark about female musicians in 2018.

Last year’s batch of Grammys nominees and winners were made up of almost entirely men, effectively shutting out deserving female artists from the award show. When questioned about the backlash, Portnow told reporters female musicians need to “step up” to receive better representation in the industry, a comment which was naturally met with even more criticism. In addition to a group of female executives calling for his resignation, stars like Pink slammed Portnow’s statement, saying, “Women in music don’t need to ‘step up’ — women have been stepping since the beginning of time.”