Duchess of Cornwall is forced to skip Queen’s Christmas lunch

Camilla skips the Christmas lunch! Duchess of Cornwall is forced to skip annual event due to a ‘heavy cold’ leaving Prince Charles to attend the event alone

Camilla was forced to pull out of the Queen’s annual Christmas lunch today due to sickness.

The Duchess of Cornwall is suffering from a ‘heavy cold’ Clarence House has confirmed and it is believed to be the reason she was not at Buckingham Palace on Wednesday.

The 71-year-old royal has also cancelled an appearance at the Olympia Horse Show this evening.

Her husband the Prince of Wales was seen arriving at Buckingham Palace alone this afternoon where he joined other members of the royal family for lunch. 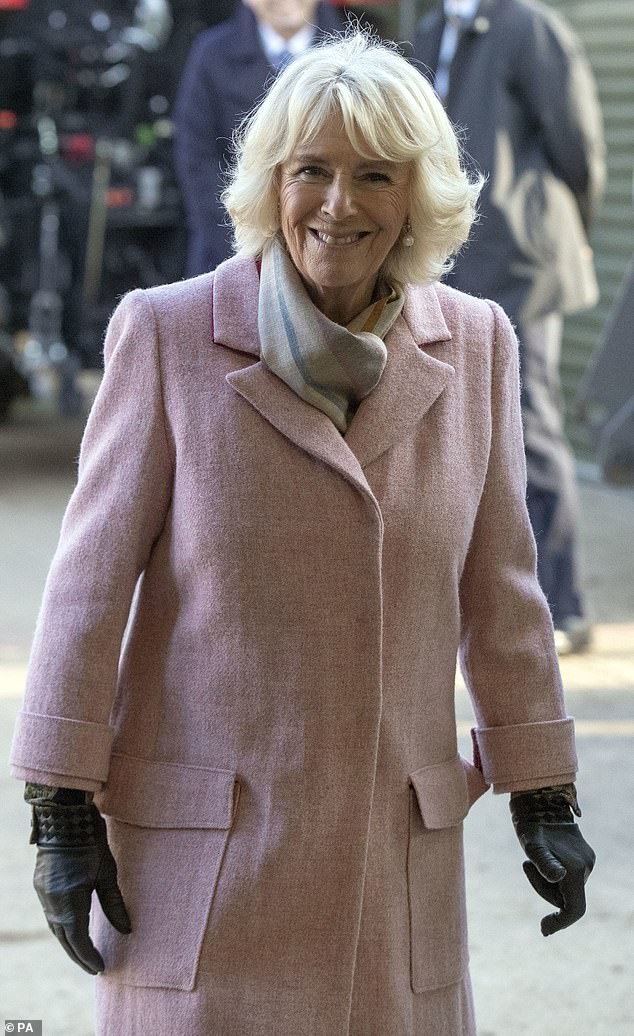 The Duchess of Cornwall skipped the Queen’s annual Christmas lunch on Wednesday due to a ‘heavy cold’. Pictured: Camilla at an event last week

Despite Camilla’s absence Charles will not be without company with both his sons Princes William and Harry attending with their families.

The Duke and Duchess of Cambridge arrived alongside two of Charles’ grandchildren Princess Charlotte and Prince George who were accompanied by their nanny Maria Borrallo.

Prince Louis is believed to have remained at home.

Following on behind was Prince Harry and his pregnant wife Meghan, who were all smiles upon their arrival at the palace.

Both Charles and Camilla are set to join other close royal family members at the Christmas Celebrations at Sandringham next week and so she is likely to be resting up in preparation. 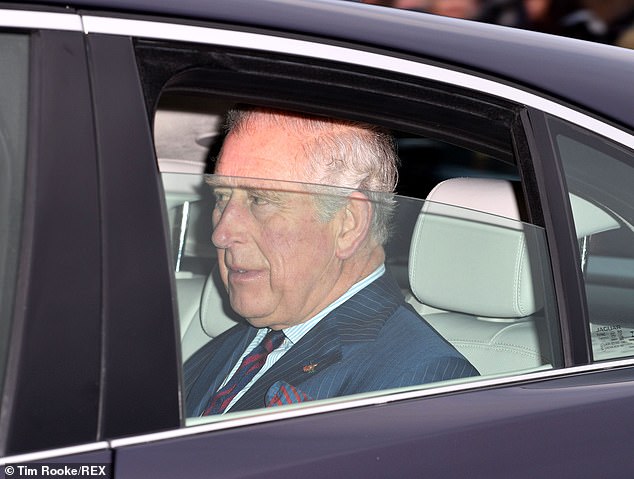 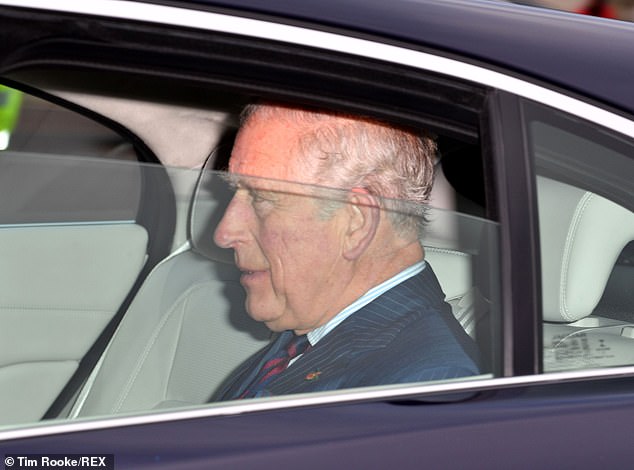 The annual event today provides the monarch with the opportunity to spend time with members of the extended family who will not be joining her at her Norfolk estate, as well as senior royals.

Staff have been busy giving Buckingham Palace a festive makeover, with impressive fir trees have erected in the Marble Hall earlier this month.

The trees, which were grown in Windsor, were adorned with royal-themed hangings, while a traditional garland decorated with baubles has been put up along the grand staircase. 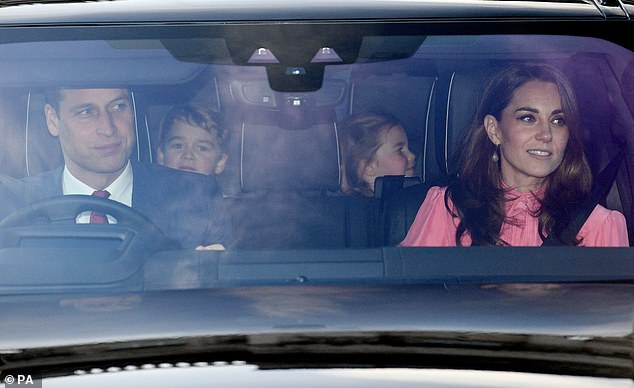 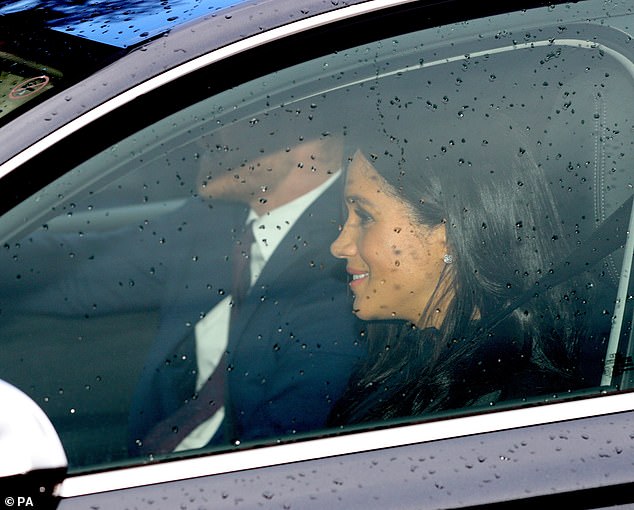 Following on behind was Prince Harry and his pregnant wife Meghan, who were all smiles upon their arrival at the palace

The Queen no doubt has ensured that Buckingham Palace looks the part as she hosts members of the royal family as part of her annual pre-Christmas lunch.

The traditional lunch at the Palace usually takes place mid-week, shortly before the royal family head to Sandringham for the 25th.

The Queen and her family usually wait until the day before Christmas to decorate their tree at Sandringham House in Norfolk, gathering in the White Drawing Room on Christmas Eve to put the finishing touches to a 20ft tree cut from the estate.

This year, the Duke and Duchess of Cambridge, along with George, Charlotte, and Louis, will be celebrating Christmas this year in Norfolk, despite previous reports that they would be spending the day with the Middletons.

It comes amid rumours of a rift between the Cambridges and Sussexes, following the announcement Meghan and Harry will be moving away from Kensington Palace to Frogmore Cottage in Windsor next year.