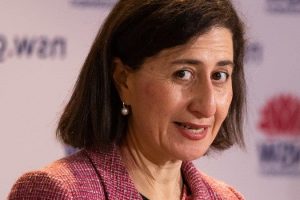 Parts of Sydney’s eastern suburbs have joined the 12 COVID-19 hotspots in being given priority access to Pfizer vaccines for 16 to 49-year-olds amid concerns of rising case numbers in a neighbouring area of concern.

As NSW hit another new high of 1218 Delta cases on Sunday, Pfizer priority has been expanded to include the Randwick local government area as numbers grow in the southern Sydney LGA of Bayside. 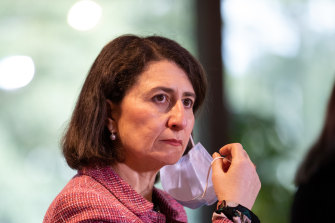 NSW Premier Gladys Berejiklian again stressed that the focus should not be on case numbers as the state reported 1218 new cases. Credit:Edwina Pickles

Other areas which have been prioritised for Pfizer are the 12 hotspots in south-western and western Sydney as well as Camden, which is not a designated area of concern but has had rising case numbers.

Premier Gladys Berejiklian again stressed on Sunday that she was more focused on the number of people in hospital and those being treated in intensive care than the number of infections.

“The case numbers are always concerning when they are going up, and we would love to see them go back down, but that is not the most relevant number for us,” Ms Berejiklian said.

On Sunday, there were 813 people in hospital, including 126 people in intensive care and 54 on ventilators. Of those in ICU, 113 are not vaccinated, 12 have received one dose and one patient has received both doses.

South Eastern Sydney Local Health District urged Randwick residents on Sunday to book for their priority Pfizer jab at the Brighton-Le-Sands clinic at the Novotel Hotel.

NSW will continue to receive 127,530 doses of Pfizer weekly until the end of September, with that number to increase from October when Australia is due to receive 6 million doses a month or about 1.45 million a week.

Bayside has had a rising number of cases, including 22 in the 24 hours to 8pm on Saturday. Other hotspot areas had lower case numbers, including Georges River (14) and Strathfield (5) while Burwood had none.

Health authorities have also been concerned about case numbers in Randwick after an illegal party was held in Maroubra on August 14. Police are yet to issue any fines to partygoers from the gathering, which has seen 20 cases in guests and 57 cases in their close contacts.

However, the statewide Stay at Home police blitz has seen 12,600 fines issued, including 327 since August 23 to people who have broken curfew rules in the 12 areas of concern.

Police have also conducted 40,877 compliance checks to ensure more than 76,000 were isolating at home.

Meanwhile, the NSW upper house is preparing to return for parliamentary sitting days on September 7, after a COVID safety plan was drafted which will see rapid antigen testing for anyone entering Parliament House.

Staff will be required to be vaccinated to enter the chamber, there will be no more than 18 MPs in the house at once and MPs will walk through the chamber to vote to minimise mingling.

Screens will be installed in the upper house, and the ventilation system has been upgraded to ensure there are “eight exchanges of fresh air in the chamber every hour”.

Labor’s leader in the upper house Penny Sharpe said the upper house president Matthew Mason-Cox and the clerk had “done the work necessary for Parliament to return in a safe way”.

“Parliament has not met since 24 June, it is time for essential and frontline workers and those living in western Sydney to have their concerns directly raised and addressed by the NSW Government,” Ms Sharpe said.

“A return of Parliament will ask questions and hold the government to account for their decisions. It will allow MPs to take up the issues their offices are being bombarded with every day.”

Ms Sharpe said Labor was calling on the “government and the Speaker of the House to do the same work to bring the whole Parliament back safely to work”.

“With essential workers out working every day, NSW expects its elected representatives back in Parliament in a safe way,” Ms Sharpe said.

The Premier’s office was contacted for comment about whether the lower house should also return.

A spokesman for the Premier said: “The Upper House President has not shared his plan with the government, so the government cannot comment on it.”