Eight level crossings to be removed in Melbourne’s north 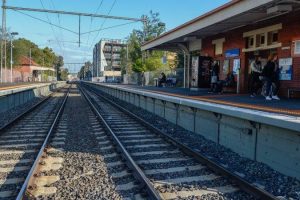 Another eight level crossings will be removed in Melbourne’s inner north along the Upfield train line, Victorian Premier Daniel Andrews has announced.

Brunswick crossings at Albert Street, Albion Street, Brunswick Street, Dawson Street, Hope Street, Union Street would all be removed by 2027 in favour of elevated rail bridges, as well as Park Street in Parkville, the premier said.

Jewel, Anstey and Brunswick stations will be rebuilt to accommodate the sky rail, as has been the case further up the line at Coburg station. When complete, the entire rail line will have no level crossings left.

The train line runs through the seat of Brunswick, held tightly by Greens MP Tim Reid.

Andrews did not reveal the cost of the Upfield announcement, instead saying the updated cost of the long-running level crossing removal project would be “reflected in the pre-election budget update”.

“It’s a government announcement, but we all know who removes level crossings. It’s not the other side,” he said.

The premier said the announcement also aimed to keep an “elite team of workers” who had skilled up over the past few years removing level crossings in employment. 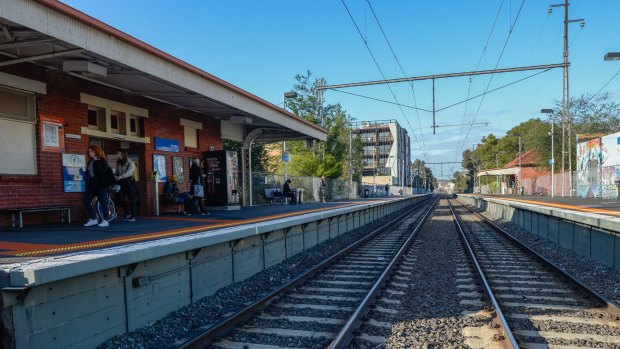 Anstey station is one of three train stations that will be rebuilt to accommodate the continuation of sky rail through Brunswick.Credit:Justin McManus

“We don’t want them to run out of work. We want to keep pushing forward, keep getting rid of these level crossings and there are more to do,” he said.

Community consultation with Brunswick and Parkville residents and further project design will start in the new year.

There have already been 66 level crossings removed across the state. The government plans to remove a total of 85 by 2025.

According to government figures, about 71,000 vehicles travel through the level crossings during the morning peak on weekdays and boom gates are down for up to 30 minutes.