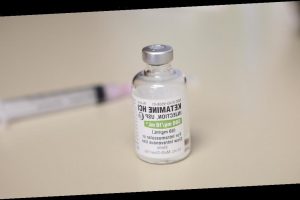 While much of Elijiah McClain’s death last summer has focused on the actions by Aurora, Colorado, police officers, the use of ketamine by paramedics that night is now under new scrutiny by the state’s health department.

CBS Denver reports the Colorado Department of Public Health and Environment, which grants individual agencies waivers to use the sedative ketamine and can look into complaints about its use, is now launching an investigation.

“The Colorado Department of Health and Environment received numerous complaints, beginning June 24th, that provided additional information regarding a ketamine administration in August 2019,” a spokesperson said in a statement.

McClain, a 23-year-old Black man, died in August last year after he was detained by police and injected with ketamine.

Mari Newman, the attorney for Elijiah McClain’s family, has long questioned how and why the powerful sedative was used.

“The weaponization of any kind of medication used involuntarily against a person just trying to go home is very, very troubling and it absolutely needs to be addressed,” she said.

Newman believes it should have been done sooner, but she says better late than never.

“They certainly should have looked into it long ago but I am glad they are doing it now,” Newman said.

“It shouldn’t take millions of people across not just the country, but the world, speaking out and questioning the treatment of Elijah McClain before the government does what it should have done all along,” she said.

McClain’s case received renewed attention in recent weeks amid nationwide protests against racial injustice and police brutality following the death of George Floyd in May in Minneapolis. He died last August after three officers stopped him while he was walking down a street. A 911 caller had reported him as suspicious.

Police placed McClain in a chokehold and paramedics administered 500 milligrams of ketamine to calm him down. He suffered cardiac arrest and was later declared brain dead and taken off of life support.

END_OF_DOCUMENT_TOKEN_TO_BE_REPLACED

END_OF_DOCUMENT_TOKEN_TO_BE_REPLACED
We and our partners use cookies on this site to improve our service, perform analytics, personalize advertising, measure advertising performance, and remember website preferences.Ok