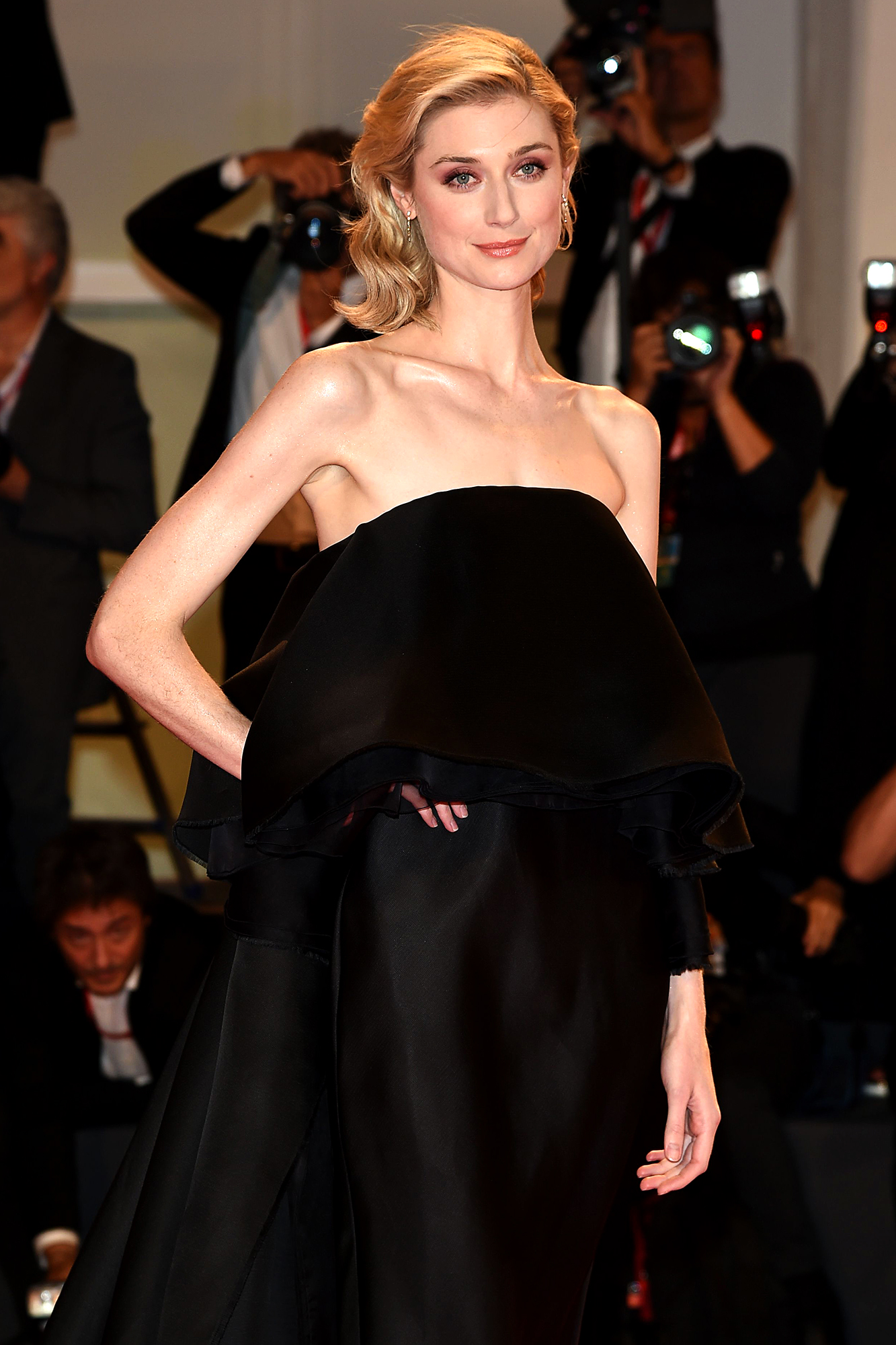 Revenge is a dish best served hot! While filming the highly anticipated fifth season of Netflix’s The Crown, Elizabeth Debicki was spotted recreating one of Princess Diana’s most notable looks.

Everything to Know About Season 5 of ‘The Crown’: Cast, Premiere Date and More

The Australian actress, 31, was photographed on the England film set wearing a slinky, black dress that mirrored one of the Princess of Wales’ most iconic outfits, per photos published by ET Canada.

In the snaps, Debicki was spotted exiting a black sedan, donning an off-the-shoulder dress, matching tights, heels and clutch, along with a pearl choker and earrings. The Great Gatsby actress’ hair was styled in a short blonde ‘do to further match the late royal.

Shortly after Debicki’s The Crown costume was photographed, fans on social media excitedly weighed in on the soon-to-be iconic season 5 scene.

“UPDATE: THE REVENGE DRESS HAS ENTERED THE CHAT,” one fan tweeted on Friday, November 5, as another eagerly pointed out, “We’ve reached the Diana revenge dress era of the crown.”

Social media users were stunned over Debicki’s transformation into the late princess — who died in 1997 after a Paris car accident — and her outfit choice.

“WHEN A GIRL NEEDS TO EXPRESS HER PROPER STATE OF DISTRESS REVENGE LOOKS BEST IN A F—K YOU DRESS,” a Twitter user wrote on Friday, alongside the snaps of Debicki.

Diana’s “revenge dress” was one of her most memorable outfits, which she wore in June 1994, the same day that Prince Charles, now 72, revealed via national television that he was having an extramarital affair. The People’s Princess sent shockwaves across the world at the time when she stepped out in the Christina Stambolian cocktail dress at London’s Serpentine Gallery.

In the fifth season of the Netflix hit, Debicki takes over the role of Diana from Emma Corrin in season 4, which explored the dynamics between a newly married Diana and the Prince of Wales (Josh O’Connor) amid his friendship with Duchess Camilla (Emerald Fennell). While few details about the forthcoming season have been revealed, fans have expected it to cover Diana’s 1995 BBC interview through her tragic death two years later. 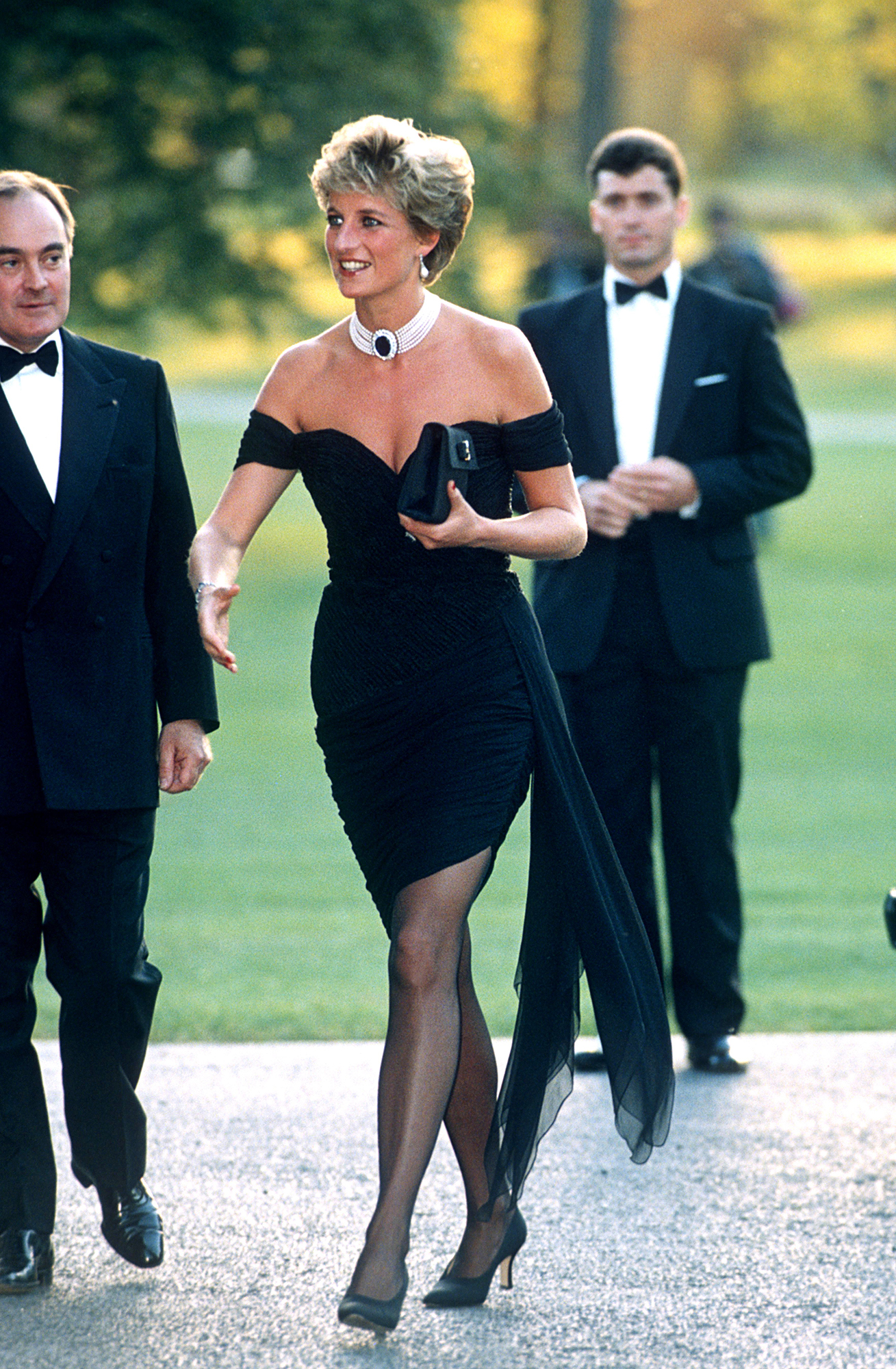 “Princess Diana’s spirit, her words and her actions live in the hearts of so many,” Debicki said of her casting in a statement in August 2020, calling the opportunity to play Diana a “true privilege and honor.”

While few details about season 5 have been revealed, the Netflix series announced in September that Khalid Abdalla would play Diana’s boyfriend Dodi Fayed and Salim Daw will appear as the Egyptian-born heir’s father, Mohamed Al-Fayed.

Season 5 of The Crown premieres in November 2022.