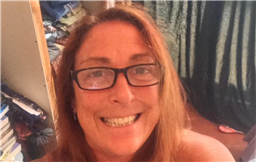 Ellen Zoe Golden, a veteran record industry publicist whose clients over the years included Billy Idol, Daryl Hall and John Oates, and Russell Simmons’ Hip-Hop Summits, died at her home in Tamarindo, Costa Rica. The cause of death was brain cancer, which Golden told friends she had been diagnosed with late last fall. She was 63.

Golden’s career included stints at the Howard Bloom Organization and Universal Records, where she created the fledgling label’s media relations department in 1995 after shuttering her own independent EZG Media & Marketing.

“I am deeply saddened to learn of Ellen Golden’s passing,” said Idol — a client she worked passionately as he scaled commercial peaks in the 1980s — in a statement to Variety. “Ellen worked closely with me for many years. In fact, we lived across the street from each other in New York for a spell. She was on my publicity team during a period in my life when representing me wasn’t necessarily an easy task! She always had my back and I’m forever grateful. My condolences go out to the entire Golden family. She will be missed.”

Golden left the music business and moved to Costa Rica in the early 2000s, exploring her love of surfing and working as a travel agent and sales manager for Costa Rico Vacations, Best Western Tamarindo Vista Villas and the Bevy Marketing and Designs. When not planning trips to Costa Rica for clients, she would be surfing, doing yoga, running, and binge-watching “The Walking Dead,” “Oz,” “Arrested Development” and “Scandal.”

During her stint at Universal in the late 1990s, Golden worked with artists like Erykak Badu, Chumbawamba, Sister Hazel, Reel Big Fish, Goldfinger and Crucial Conflict. Prior to Universal, Golden was doing independent press for Epic Records, handling such diverse acts as Groove Theory, Front 242, Ottmar Liebert, Tuck & Patti, Sun-60, Alvin & the Chipmunks and Soul Mission. She also worked publicity on Roger Waters’s historic “The Wall” concert in Berlin in 1990.

In addition, she did publicity for Jody Miller’s JLM (where she handled the late Chris Light’s Violator Records label and worked with current Def Jam EVP of Media & Artist Relations Gabe Tesoriero), Leyla Turkkan’s Set To Run and TAG/Atlantic artists the Bottle Rockets, nabbing a prestigious booking for the fledgling band on Conan O’Brien.

Ellen Zoe, as she liked to be called, would proudly refer on her social media to having been sober for three decades, and was a sponsor for many prominent industry figures.

Her Facebook page was filled with tributes, including one from former Howard Bloom colleague Jody Miller that said: “Ellen Zoe was always a firecracker, and a fun-loving, adventurous, fierce, loving person. She battled a lot in her life — addiction, for one, which she conquered — and fought this cancer battle hard.  She picked herself up by her bootstraps, battled her demons and lifted herself up to be a beacon of light to her friends.”

She is survived by an older brother, Doug, and a younger half-brother.