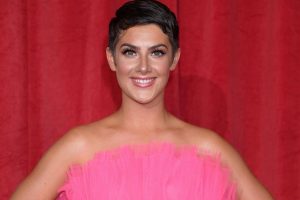 Isabel Hodgins is the third actress to play Victoria Sugden in Emmerdale, after she was cast in the role back in 2006 when bosses wanted to mature the character and create juicier storylines.

Over the past decade Victoria's been involved in a truck crash, an explosion, running over vicar Ashley, romances with her step brother, getting married to Adam Barton, then falling in love with his transgender brother Matty.

But as we can see Isabel's life away from the soap is less tumultuous, and apart from corrective eye surgery so she no longer needs to wear glasses, she enjoys living with her pug and hanging out with her lookalike siblings.

Who plays Victoria Sugden on Emmerdale?

She told the Daily Star about growing up on screen: "It’s weird. I remember my first day like it was last week but, because I’ve grown up here, I can’t imagine my life without Emmerdale."

Victoria is longest serving female character on Emmerdale and first appeared in 1994 when she was born to Jack and Sarah Sugden, played by Jessica Heywood as a baby, before being replaced by Hannah Midgley from 1996 until July 2006.

Who is Isabel Hodgins dating?

They rarely spoke about their romance and dated for four years before splitting in 2019.

The pair’s relationship became public in 2015 when they posted identical snaps from a holiday abroad.

Michael, 34, also gushed over Isabel in a post on her birthday writing: "Happy 24th birthday to this little one. Who woulda thought that 5’2 (and a half) could pack so much love, devotion and attitude.

"Thank you for being the most wonderful and caring best friend a boy could ask for. Love you to the moon and back. X."

The pair went their separate ways when it was reported they had "drifted apart" and Michael left the soap to pursue a career in LA.

Who are Isabel Hodgins' lookalike siblings?

Isabel has stunned her followers and soap fans alike when she's posted snaps of her brother and sister on her Instagram page.

She shared a tribute to her brother alongside several snaps of them together “Happy 30th to my big brother Adam!

“Who did big brother things like attempted to teach me how to play the drums, introduced me to guitar hero, educated me about bands like slipknot, Metallica and Orange Goblin-not that it stuck I’m a pop girl through and through.

“Then when I bought my place did the heavy lifting and ripped up floor boards for me. You will always be the best cook ever! I love you very much."

It isn’t the first time fans have been blown away by Isabel’s resemblance to her siblings. Last year, Isabel shared a selfie of her with her sister Charlotte, to wish her a happy birthday as she turned 31.

The photo shows Isabel wearing a white jumper and red lipstick as she smiled at the camera, while her sister Charlotte is wearing a white and red floral pattern top with a black cardigan as she looked at the lens.

Isabel wrote in the caption: “A daughter, a sister, a mother and a wife Happy birthday Charlotte Love you” followed by a red heart and yellow heart emoji.

What is Isabel Hodgins' secret talent?

While known for acting Isabel is also very into dancing and performs in stage shows.

She’s been part of a dance school since she was four, and initially her plan had been to be in the West End.

She’s even confessed in the past that she’d love to star on Strictly, telling the Daily Star: "I would love to appear on Strictly – It would make my life!"