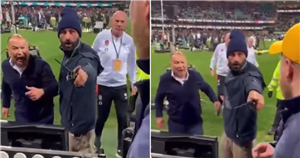 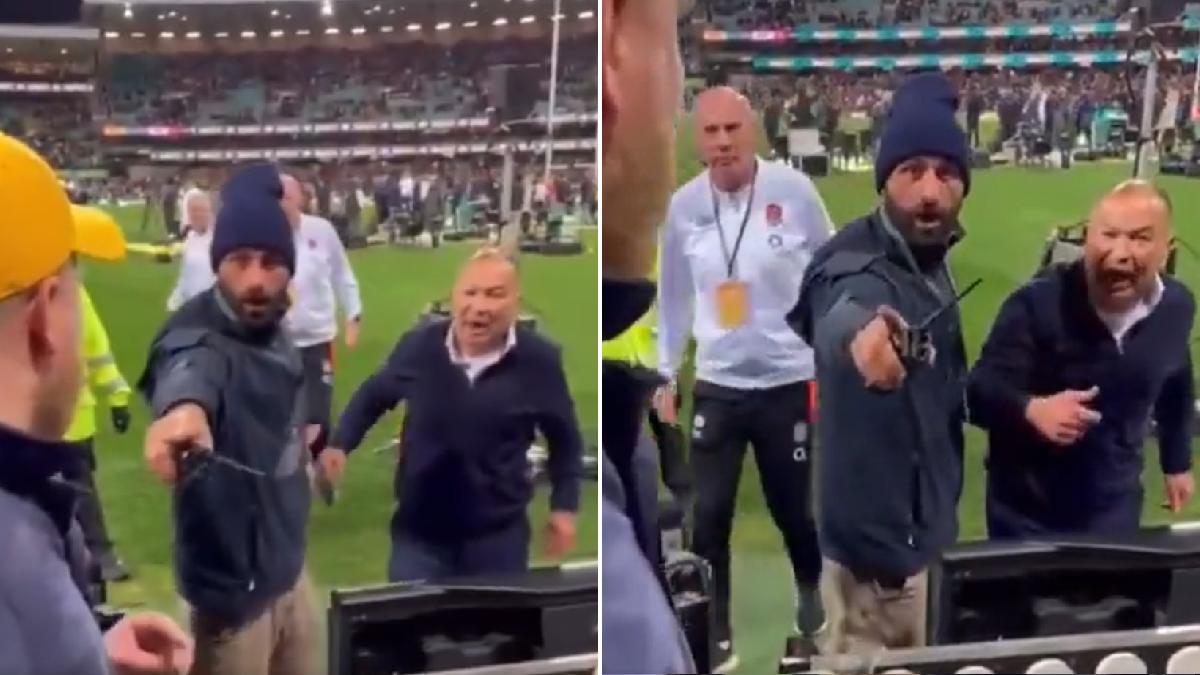 England head coach Eddie Jones had to be held back during a fiery encounter with an Australia fan who labelled him a ‘traitor’ during Saturday’s Test match in Sydney.

England secured a second consecutive series win over Australia with a 21-17 victory in the third and final Test at the Sydney Cricket Ground.

But tensions boiled over after the game when one home fan pointed at the Australian-born England boss and called him a ‘traitor’ as he made his way down the touchline in a video shared on social media.

Incensed, Jones attempted to confront him while repeatedly shouting ‘come here and say that’ with a security guard intervening as the 62-year-old made a beeline for the fan.

The fan is seen nervously backing off with the member of security heard telling him: ‘I have spoken to you before’.

Jones did not address the incident in his post-match press conference but later told the Sydney Morning Herald when asked about the incident: ‘Clowns think they have full go to abuse coaches.’

Rugby Australia has condemned the behaviour from the fan as ‘totally unacceptable’ with further reports suggesting Jones was targeted with abuse on a number of occasions during the match and subjected to ‘inappropriate comments’.

For more stories like this, check our sport page.