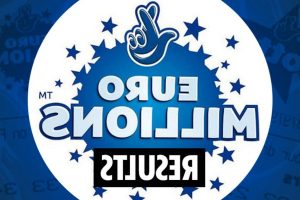 EUROMILLIONS is BACK and there's another chance of winning a life changing sum of money in tonight's mega draw.

Tuesday's lottery game, which takes place between 8.15pm and 8.30pm, will see Brits play for a chance to scoop the top prize of £33million.

And shortly before the mammoth EuroMillions draw, Thunderball also returns at 8pm with a chance to bag a cool £500,000 jackpot.

The numbers for both games will be published on our blog, in real time, shortly after they are released.

Please gamble responsibly. And when the fun stops, stop.