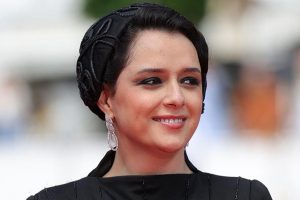 The Berlinale, Rotterdam, IDFA and the European Film Academy, among other key orgs, have issued a joint statement on Dec. 21 to protest against the arrest of Taraneh Alidoosti, the beloved actor of the Oscar-nominated “The Salesman,” in Iran.

The orgs, which also include International Coalition for Filmmakers at Risk and the German Film Academy, are demanding the “immediate and unconditional release” of Alidoosti. The actor, who starred in four films directed by Farhadi, was jailed last Saturday (Dec. 17) after taking part in demonstrations to fight against the oppressive Iranian regime. She was also sanctioned for standing in solidarity with imprisoned Iranian filmmakers, notably Jafar Panahi and Mohammad Rasoulof.

“The imprisonment of Taraneh, of one of Iran’s most famous performers sends a clear signal to celebrities it will not tolerate any challenge to its rapidly crumbling authority,” said EFA Chair, Mike Downey, “We call on Iranian authorities to put an end to the arbitrary detentions. The Iranian people are being denied fundamental freedoms, among them expression and peaceful assembly,” Downey continued. He also pointed that “prominent figures from the film industry are being unfairly targeted along with lawyers, cultural figures, journalists and campaigners.”

The International Coalition for Filmmakers at Risk and its founding institutions, meanwhile, said they “(declared their) full and heartfelt solidarity with all those in Iran who stand up for their basic human rights and the freedom of expression and call on the Iranian authorities to immediately and unconditionally release Taraneh Alidoosti and her colleagues.”

Farhadi, a two-time Oscar-winning director who is revered in Iran, has also urged authorities to release Alidoosti in a statement released on social media.

“I have worked with Taraneh on four films and now she is in prison for her rightful support of her fellow countrymen and her opposition to the unjust sentences being issued,” Farhadi wrote on his Instagram account. “If showing such support is a crime, then tens of millions of people of this land are criminals,” he continued.