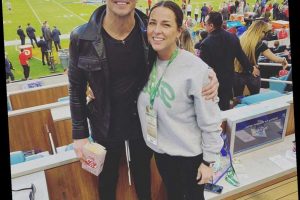 Former Hillsong Church pastor Carl Lentz and his wife Laura are dealing with the aftermath of his affair.

In the wake of Lentz, 42, admitting that he had been unfaithful to Laura, a friend of the couple tells PEOPLE that they are now focused on repairing their relationship, which includes 17 years of marriage.

"He is being put through the wringer by a woman who seems to be making a name for herself by doing press about an affair," the source says, referencing Ranin Karim, the woman who came forward as his alleged mistress. Lentz has not identified the person with whom he'd had an affair.

"He, like other married couples, should be afforded some privacy around this affair, which they continue to work through," the source continues, noting how the pair are currently going through "intense" counseling together. "He messed up and is taking full responsibility for having an affair. … He is committed to rebuilding trust and fixing his marriage."

The friend also notes that despite Lentz's infidelity, the pastor adores Laura and the way she prioritizes their children.

"His wife is a boss, and yes, realizes this was a major miss in the trust of their relationship," the friend shares. "He loves how she cares for the kids. She is incredibly kind, smart and has always been supportive." Lentz publicly admitted to being unfaithful to Laura in a statement on Instagram that came just one day after his termination from Hillsong was announced on Nov. 4 by founder and senior pastor Brian Houston.

In that announcement, Houston cited "a recent revelation of moral failures" as the reason for his firing.

"This failure is on me, and me alone and I take full responsibility for my actions," he wrote in the lengthy post, adding that he was embarking on a "journey of rebuilding trust" with his wife and children and to "heal my own life and seek out the help that I need."

Close to two weeks later, Karim, 34, came forward in an interview with Vanity Fair, claiming that she was the woman who had a months-long affair with Lentz, leading up to Laura discovering his infidelity in late October. The jewelry designer from Palestine reportedly told the magazine that she tried to break up with him multiple times, but he kept pursuing her. It wasn't until she saw his Instagram post that Karim felt the need to go public in order to "speak my part."

She has since spoken out to Good Morning America about their alleged affair, claiming that Lentz told her he was married when they first met five months ago, but that he never wore a ring and that she did not feel the need to judge him.

Though Karim admitted she was "devastated" to see their alleged relationship come to an end, she noted that her intention was never to hurt Laura.

"I feel bad for her," Karim told GMA of Lentz's wife. "Woman to woman, I don’t think she deserved to be hurt the way that she did. I never meant to hurt her."

Lentz is known for running in celebrity circles and notably baptized Justin Bieber years ago, according to a GQ profile published in 2015. He had been a pastor at the New York location of Hillsong since 2010 and previously attended Hillsong College, the church's training program, which is where he met Laura.

The church said in a statement last week that upon hearing from several people following Lentz’s firing, it would launch an "in-depth review and investigation to all concerns and any wider cultural issues."