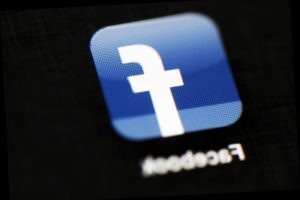 A Facebook employee was fired from the company last week after he publicly called out a colleague’s “inaction” regarding support of the Black Lives Matter movement.

Brandon Dail, a user interface engineer in Seattle, announced his termination on Twitter on Friday in a series of messages that have since been made private, but were reported by CNN.

“In the interest of transparency, I was let go for calling out an employee’s inaction here on Twitter,” he wrote. “I stand by what I said. They didn’t give me a chance to quit.”

Dail — who did not immediately return PEOPLE's request for comment — reportedly said that one of his coworkers, a front-end engineer, has been supervising an open-source project for Facebook called Recoil.

Dail reportedly wrote on Twitter that he wanted the colleague to add a #BlackLivesMatter banner to the documents he was publishing, as another Facebook open-source project called React did, but the colleague did not respond publicly, and instead messaged Dail privately about the request. It was that private response that prompted his Twitter call-out.

According to Variety, Dail later tweeted an acknowledgement that publicly calling out his colleague “violates Facebook’s respectful workplace policy.”

“I’m not claiming I was unjustly terminated,” he wrote, according to CNN. “I was fed up with Facebook, the harm it’s doing, and the silence of those complicit (including myself).”

Dail had previously used Twitter to air his grievances with his place of work, where he’s been employed since January 2018, according to his LinkedIn.

“Intentionally not making a statement is already political,” he wrote on June 2, one day after employees staged a rare protest over the company’s decision to keep posts by President Donald Trump on the site, according to Reuters.

One of the posts in question was one from Trump that included the phrase, “When the looting starts, the shooting starts,” as many said it glorified violence against protesters who took to the streets against police brutality and systemic racism following the May 25 death of George Floyd while in police custody.

“Our position is that we should enable as much expression as possible unless it will cause imminent risk of specific harms or dangers spelled out in clear policies,” he said, adding that it did not violate Facebook’s policy around incitement of violence.

According to Reuters, Dail tweeted, “Crystal clear today that leadership refuses to stand with us” during a meeting in which Zuckerberg spoke to employees about the decision.

The same day as employees staged a protest, the company announced it would donate $10 million toward "efforts committed to ending racial injustice." Facebook also encouraged users to #ShareBlackStories in order to "raise voices" that make a "lasting impact."