Home » Lifestyle » Fake it till you make it with parenting

Fake it till you make it with parenting

Some days I stare at our children and wonder who the hell left us in charge.

No license, degree or training was required to bring them into the world, on my part anyway, and yet there are four whole humans for whom my husband and I are responsible. 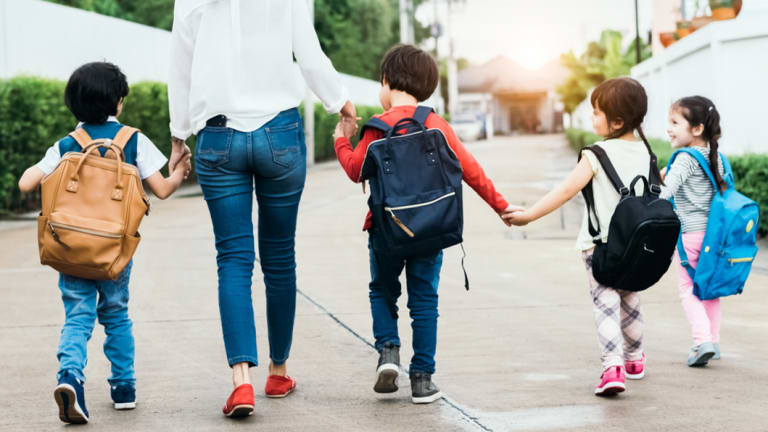 What I’ve learned over the last decade and a half is that most parents feel underqualified at some point.Credit:Shutterstock

Fifteen years into the job, it still feels like I’m a fraud tiptoeing around the edges, hoping my parenting inadequacies remain concealed.

I find the tasks of guarding our children’s safety, supporting their development and education, and overseeing their mental and physical wellbeing gargantuan and often overwhelming.

My husband seems so much better at this gig. He has the same qualifications I do – years of trial and error – yet he appears to manage it with ease and natural ability.

It’s not news that parenting can be a breeding ground for insecurity and feelings of incompetence. For me, it started in mother’s group.

Amongst a cluster of nervous new mums, we shared snippets of teeny tiny challenges, but no one was brave enough to admit to bigger issues. When one mother exclaimed her eight-week-old was sleeping through the night, I went home and cried.

I couldn’t get my twelve-week-old to have more than a couple of hours at a time, day or night, and even then, settling him to sleep took as long as the sleep itself.

My job description was to feed the child, offer him appropriate rest, and love him. This inability to meet his basic needs confirmed to me what I already felt: I was a dreadful mother.

Now all these years later, with three more children (who were all terrible sleepers), other parents assume I’ve got it sorted (aside from the sleep thing). Spoiler alert: I don’t have all the answers.

There are phases where I’m drowning, not waving, just like everyone else. I lie awake at night analysing my decisions, running over my responses to behaviour, kicking myself for the lengthy lectures that rolled teenage eyes and upset my primary-schoolers.

What I’ve learned over the last decade and a half is that most parents feel underqualified at some point.

I feel like I fake parenting more often than I make it.

If you’re like me, living with the curse of perfectionism, the criteria and markers for parenting leave you treading the murky waters of self-doubt.

The KPIs are vague – happy, healthy, compassionate children who’ll grow into well-adjusted, global citizens. They’re the values we’ve chosen that have meaning to our family but there were no policy and procedure manuals distributed by maternity wards that guided us to achieve these performance indicators.

The feedback from our miniature people is pretty sketchy too, ranging from spontaneous hugs and wide smiles to grunts and raging tantrums.

What I’ve learned over the last decade and a half is that most parents feel underqualified at some point. Feelings of inferiority and phoniness were the basis for the 1978 study by clinical psychologists who devised the term ‘Impostor Phenomenon’(IP) in relation to high-achieving women.

“Despite outstanding academic and professional accomplishments, women who experience the impostor phenomenon persist in believing that they are really not bright and have fooled anyone who thinks otherwise.”

Does this phenomenon seep into our psyche when we become parents? Is it more specific to mothers? Vulnerable environments breed chronic self-doubt and there are not many times in my life I’ve felt as exposed as being a new mother.

Let’s abolish the notion that self-worth is dependent upon our performance as a parent, and what others think of us and our children. Show up, celebrate your strengths, love your kids and the rest will fall into place.