A husband who claimed childbirth was ‘easy’ was left eating his words after experiencing the excruciating pain of contractions thanks to a simulation machine.

Michael Richardson, who lives in Gran Canaria, agreed to be hooked up to the device after telling his wife Jodie the pains of labour were just like having a period.

Jodie, who has been married to Michael for 12 years, decided to film the hilarious experiment and shared the priceless footage on social media.

In the clip, Michael can be seen writhing in pain as the simulated contractions grow stronger and stronger.

Jodie can be heard saying: ‘Well I’ve decided to show Taz what it’s like to have period pains and to give childbirth.’ 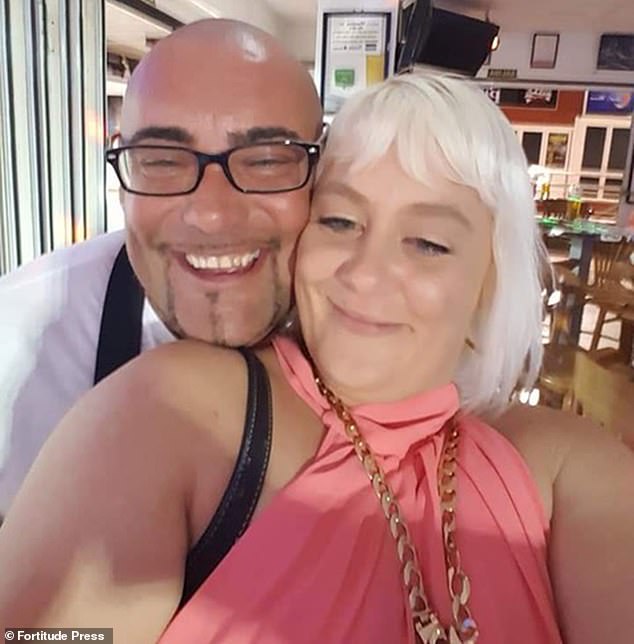 Michael Richardson, pictured with his wife Jodie, has said he will never moan at his wife again after experiencing the pain of childbirth thanks to a simulation machine 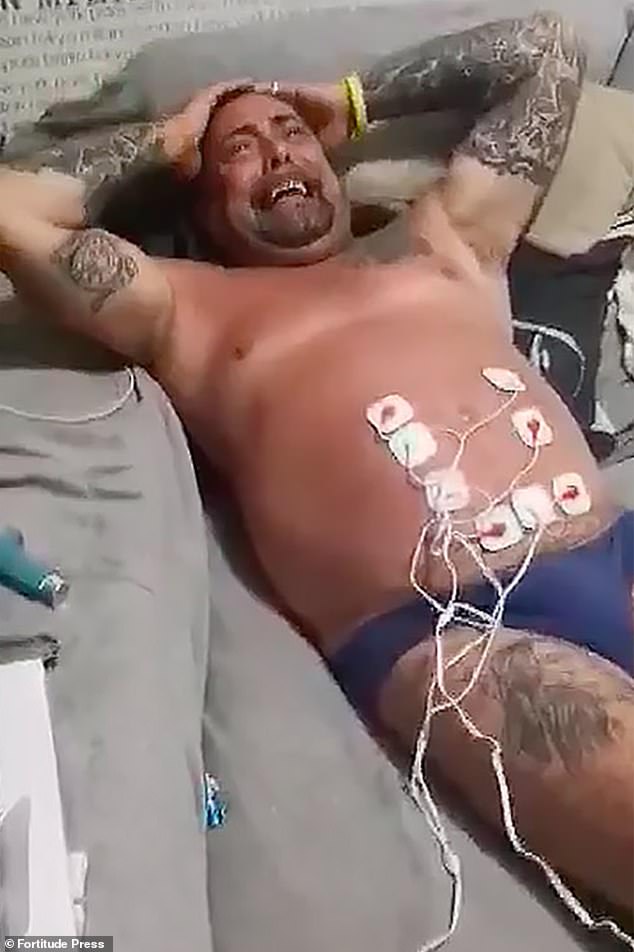 In the clip, ‘Taz’ can be seen writhing in pain and screaming. Previously, Michael had claimed childbirth was ‘easy’ and that it was the same as having a period

Her husband lasted just seconds before he started pulling at the electrodes, kicking his legs and begging her to ‘stop’, telling her to ‘get it off’.

The pair purchased one of the machines after Michael’s physical therapist advised him to buy one to help with muscle pain from a knee injury.

‘It was Jodie’s idea to hook me up, because I always said it was easy having a baby,’ the father-of-four said. ‘I told her: “It’s only period pain, get over it.”‘

The 47 year old took his previous comments back after experiencing what he said felt like ‘being stabbed in the groin’.

He added: ‘When Jodie hooked me up to the machine, I had no idea what would come next. I didn’t believe the pain that women go through in childbirth. 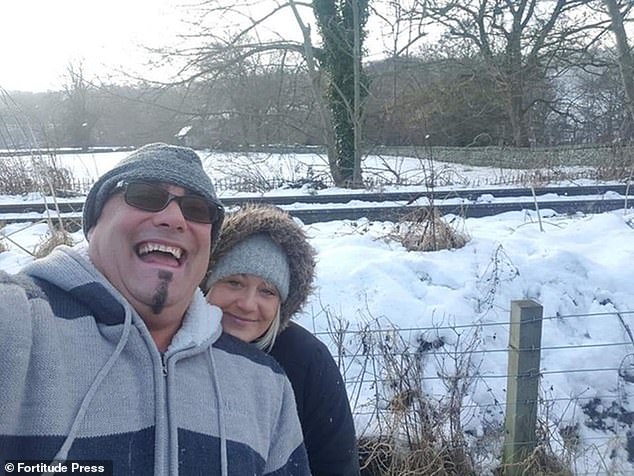 The father-of-four said: ‘I honestly don’t know how women do it. And my wife said that the machine is nothing compared to how it really feels’ 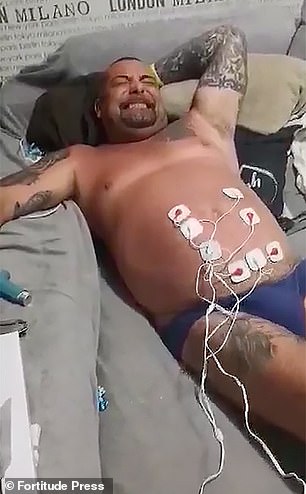 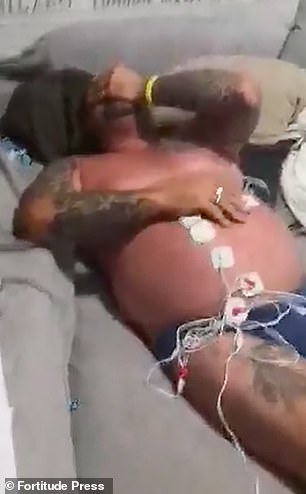 The pair, who live on Gran Canaria, bought the machine to help with pains from a knee injury. Michael lasted just seconds before ripping the electrodes off and begging her to stop

‘At first it was uncomfortable, but then it became worse and felt like I was being stabbed in the stomach and had pains in my groin. It only went up to voltage five before I had to rip it off. I couldn’t take anymore.’

After getting a glimpse into the pain women experience during labour, Michael drastically changed his opinion on what his wife had gone through four times and admitted he would never put himself through the pain again.

‘The pain was unbearable,’ he added. ‘I honestly don’t know how women do it. And my wife said that the machine is nothing compared to how it really feels.

‘I feel sorry for women who go through childbirth. I will never moan at my wife again.’

Friends of the public relations worker have praised Michael for giving the machine a try, before joking that he should ‘stop being a baby’ after a few minutes of pain compared to the hours that women endure.

Deborah Price added: ‘You cant even stand 5 mins Taz. How can you men ever believe you are stronger than us.’