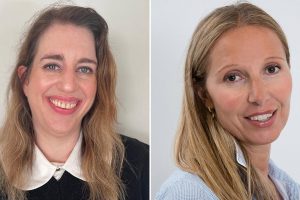 EXCLUSIVE: Pascal Breton and Lionel Uzan’s Federation Entertainment, the production company behind Canal Plus’ cult spy series The Bureau, is extending its reach to the UK. The prolific indie player is partnering with former eOne Head of Scripted Polly Williams and former eOne VP of Scripted Arielle Gottlieb to launch a new London-based production outfit. The company has yet to be named.

Williams, who will join as Managing Director, and Gottlieb, who will join as Creative Director, will focus on working with premium drama creators to create ambitious English-language content for a global audience. The duo will also aim to bring more female-led content to the Federation slate.

The new venture currently has a slate of high-profile projects currently in development, which are expected to be announced shortly. The company will develop, produce and invest in drama for TV and film and says it will offer flexibility for creators beyond the traditional in-house production model. It’s actively eyeing co-productions, co-financing and distribution opportunities.

“The UK has always been on our radar but it was crucial we secured the right kind of talent to steer this new operation,” said Breton. “Both Polly and Arielle are dynamic executives with impressive track records who will be able to bring exceptional, original content to the company. We are absolutely delighted to welcome them to our ‘federation’ network.”

Williams added: “I am thrilled to be partnering with the brilliant Arielle in this new venture. We both think Federation is a very smart, exciting company. The opportunity to tap into their European networks with wonderful British writers and directors if very unique. Pascal and Lionel are incredibly inspiring and nimble. We can’t wait to get going.”

Williams was previously Head of Scripted for eOne where she built a diverse, premium slate with partners in the UK, Europe and U.S. During her tenure, she developed RUN for HBO, written by Vicky Jones, and is currently exec producing Red Rose with Eleven Film for the BBC and Netflix. She also shepherded an adaptation of Neil Gaiman’s Neverwhere, which is now in a late stage of development and she developed an adaption of Amor Towles’ A Gentleman In Moscow. Her previous credits include Holby City, Lip Service and Hotel Babylon.

Gottlieb was VP of Scripted at eOne and she recently developed and was script exec on BBC/Starz’s Dublin Murders. She script-edited The Sister for Euston Films and has also script-edited long-running British dramas such as Casualty and The Bill, She’s worked across a raft of positions in the business and had stints at companies in the UK and Canada including Red Planet Pictures, Ink Factory Films, BBC, Nutopia and TVO.

Federation, which is active in the drama, kids and family, documentary and light entertainment space, has had international hits with shows such as The Bureau, In Treatment and Marseille. Earlier this year, it wrapped filming David Tennant starrer Around The World In 80 Days with co-production partners Slim Film+ Television for the BBC.