BAGHDAD (AP) — The death toll from a catastrophic blaze that erupted at a coronavirus hospital ward in southern Iraq the previous day rose to 58 on Tuesday, Iraqi medical officials said.

Two health officials said more than 100 people were also injured in the fire that torched the coronavirus ward of al-Hussein Teaching Hospital in the city of Nasiriyah on Monday.

Anguished relatives were still looking for traces of their loved ones on Tuesday morning, searching through the debris of charred blankets and belongings inside the torched remains of the ward. A blackened skull of a deceased female patient from the ward was found.

Many cried openly, their tears tinged with anger, blaming both the provincial government of Dhi Qar, where Nasiriyah is located, and the federal government in Baghdad for years of mismanagement and neglect. 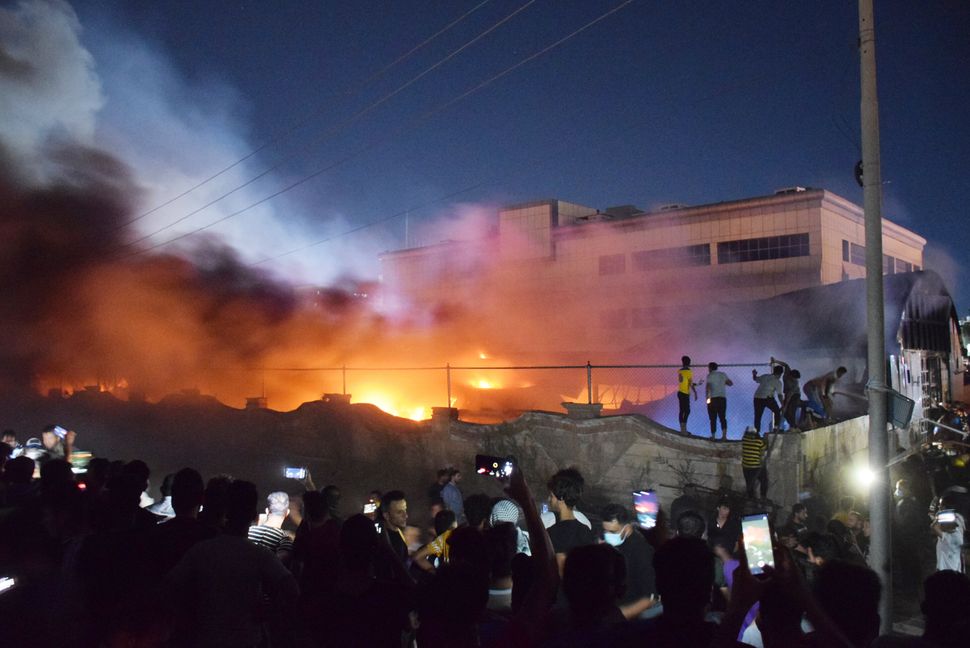 Overnight, firefighters and rescuers — many with just flashlights and using blankets to extinguish small fires still smoldering in places — had frantically worked searching through the ward in the darkness. As dawn broke, bodies covered with sheets were laid on the ground outside the hospital.

Earlier, officials had said the fire was caused by an electric short circuit, but provided no more details. Another official said the blaze erupted when an oxygen cylinder exploded. The officials spoke on condition of anonymity because they were not authorized to speak to journalists.

Prime Minister Mustafa al-Kadhimi chaired an emergency meeting in the wake of the fire and ordered the suspension and arrest of the health director in Dhi Qar, as well as the director of the hospital and the city’s director of civil defense. A government investigation was also launched. 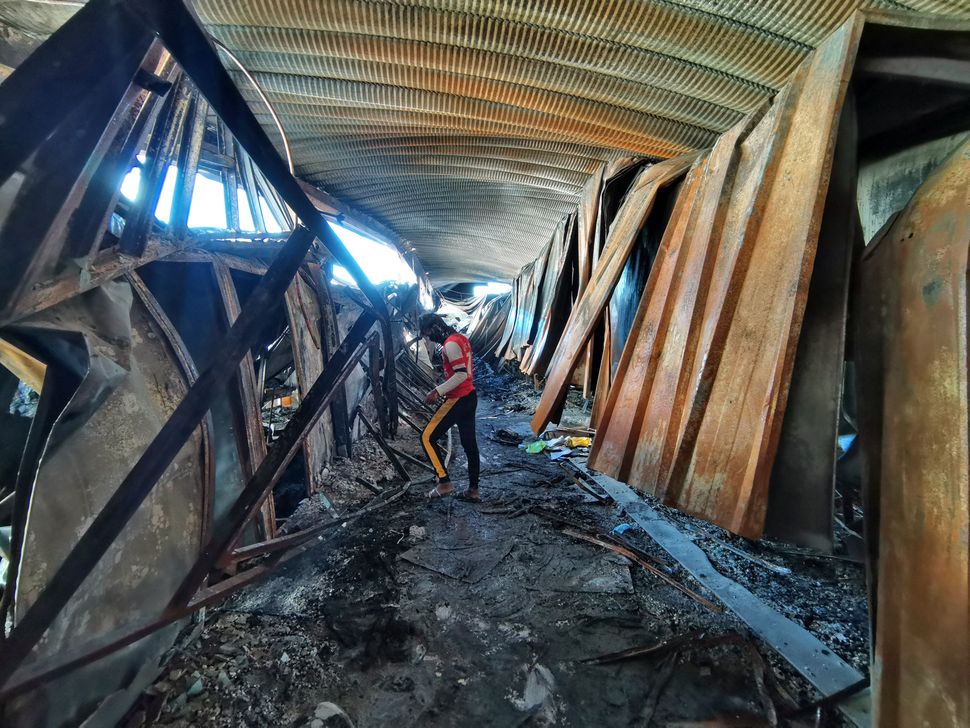 In the nearby Shiite holy city of Najaf, mourners prepared to bury some of the victims.

It was the second time a large fire killed coronavirus patients in an Iraqi hospital this year. At least 82 people died at Ibn al-Khateeb hospital in Baghdad in April, when an oxygen tank exploded, sparking the blaze. 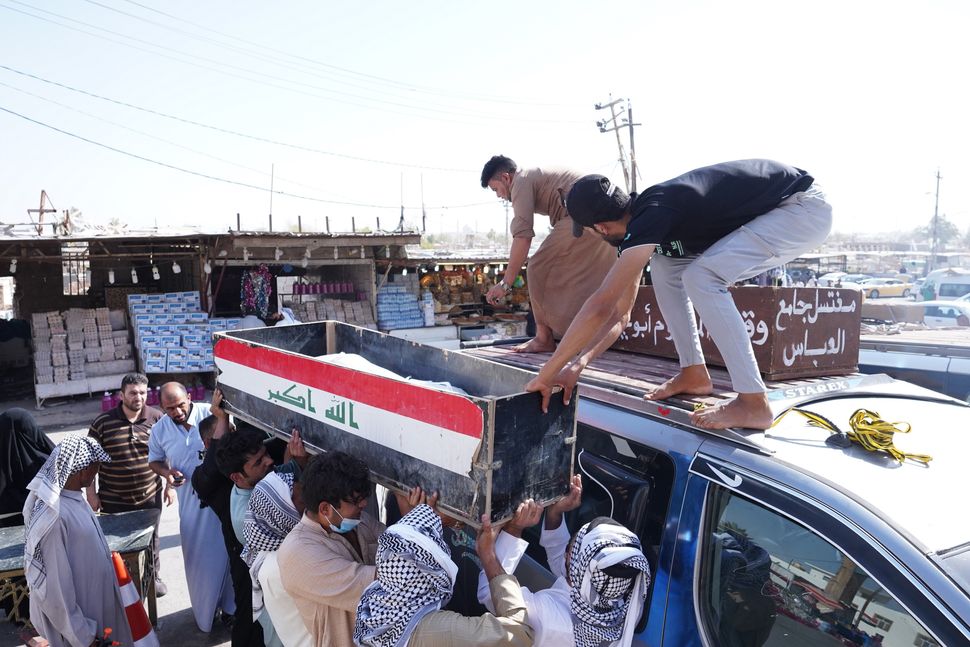 On Monday, Ammar al-Zamili, spokesman for the Dhi Qar health department, told local media that there were at least 63 patients inside the ward when the fire began. Maj. Gen. Khalid Bohan, head of Iraq’s civil defense, said in comments to the press that the building was constructed from flammable materials and prone to fire.

Iraq is in the midst of another severe COVID-19 surge. Daily coronavirus rates peaked last week at 9,000 new cases. After decades of war and sanctions, Iraq’s health sector has struggled to contain the virus. Over 17,000 people have died of the virus among 1.4 million confirmed cases since the start of the pandemic.