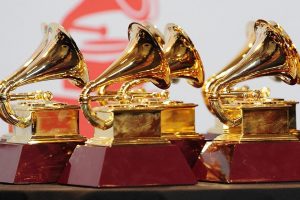 The show will be broadcast live on CBS on Feb. 5, 2023 at 8 p.m. ET/ 5 p.m. PT from Crypto.com Arena in Los Angeles and hosted by Trevor Noah. Prior to the telecast, the Grammy Premiere Ceremony will be broadcast live from the Microsoft Theater at 12:30 p.m. PT and will be streamed live on live.grammy.com. Additional performers will be announced in the coming days.
Two-time Grammy winner Bad Bunny is up for three nominations: Album Of The Year (for “Un Verano Sin Ti”), Best Pop Solo Performance (“Moscow Mule”) and Best Música Urbana Album (“Un Verano Sin Ti”).

Four-time winner Smith and first-time nominee Petras are up for Best Pop Duo/Group Performance for their duet “Unholy.”

Beyonce leads the 2023 Grammy nominees with nine nods. Kendrick Lamar is close behind with eight, and Adele and Carlile are tied with seven. Four contenders enter the race with six nominations apiece: Future, Harry Styles, Blige, DJ Khaled and Randy Merrill. Beyoncé, Adele, Styles, Lamar and Lizzo being the five contenders who were each nominated in the top three all-genre catories: record, album and song of the year. Less expectedly, Blige and ABBA are both up for record of the year and album of the year. The very hot Steve Lacy also landed in two top categories, being put into contention for both record and song for the recently chart-topping “Bad Habit.”