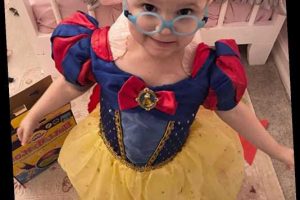 The family of a Florida girl with two rare forms of cancer is urgently searching for a bone marrow donor who could potentially save her life.

Sloane Caston, 3, of Delray Beach, has the rare brain cancer ATRT as well as myelodysplastic syndrome, a pre-cancer that can lead to leukemia, according to a fundraising page set up by her family that seeks to find a donor.

The girl’s parents told Fox29 Philadelphia that Sloane is the only person in the world with these two illnesses.

"She’s been through hell and back," her dad, Seth Caston, told the station.

The fundraising page says Sloane spent her first birthday in the hospital recovering from emergency brain surgery, during which a 6-centimeter tumor was removed. She subsequently spent a year undergoing chemotherapy as well as six weeks of proton radiation.

A few months later, the cancer returned. Later, she developed the myelodysplastic syndrome. “Through it all, Sloane’s strength and warm glow defied comprehension. She was so cooperative and brave, pulling up her shirt to show the nurses where her [chemotherapy] port is and giving everyone a smile or a wave hello,” the fundraising page states.

It adds: “Sloane is a hero to everyone who meets her, but you could become her hero!”

WPTV in West Palm Beach reports that Sloane has a twin sister, but she doesn’t have a matching donor in her family.

The family asks people to join the Gift of Life Marrow Registry in the hopes of finding a match for Sloane or someone else in need.

END_OF_DOCUMENT_TOKEN_TO_BE_REPLACED

END_OF_DOCUMENT_TOKEN_TO_BE_REPLACED
We and our partners use cookies on this site to improve our service, perform analytics, personalize advertising, measure advertising performance, and remember website preferences.Ok