TALLAHASSEE, Fla. (AP) — A former Florida Department of Health employee has received whistleblower status a year after being fired for repeatedly violating the agency’s policy about communicating with the media.

The employee, Rebekah Jones, had raised questions about Florida’s COVID-19 data after being ousted as the data’s curator. State officials said she was fired for insubordination after being reprimanded several times, according to state records.

The Miami Herald reported that the Office of the Inspector General told her attorneys on Friday that “the information disclosed does meet the criteria for whistleblower status as described by … Florida statutes.”

Jones, who helped build the state’s online presentation of its COVID-19 data, received national attention a year ago when she sowed doubt about the information being reported by the state when Florida was an epicenter of the coronavirus pandemic. She suggested that Health Department managers wanted her to manipulate information to paint a rosier picture and that she pushed back. 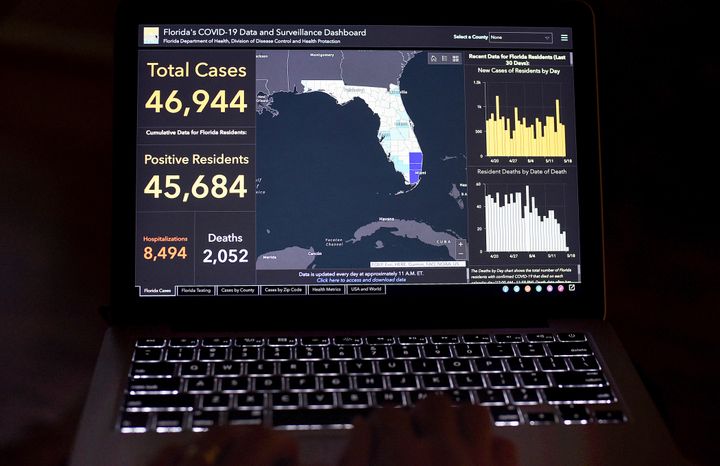 A letter from Inspector General Michael J. Bennett, the Herald reported, said Jones’ complaint demonstrates “reasonable cause to suspect that an employee or agent of an agency or independent contractor has violated any federal, state or local law, rule or regulation.”

Under the state’s whistleblower rules, Jones could be reinstated or be eligible for compensation if an investigation finds her firing was in retaliation for the concerns she raised.

Jones told the Herald that while not “vindication,” she called the inspector’s ruling “a start” and “a big push forward.”

Spokespeople for the governor’s office and the Department of Health downplayed the significance of the ruling.

“Whistleblower status doesn’t substantiate any claims. It simply provides confidentiality, and means someone made a complaint,” the governor’s spokesperson, Taryn Fenske, told the Herald.