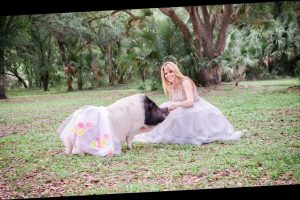 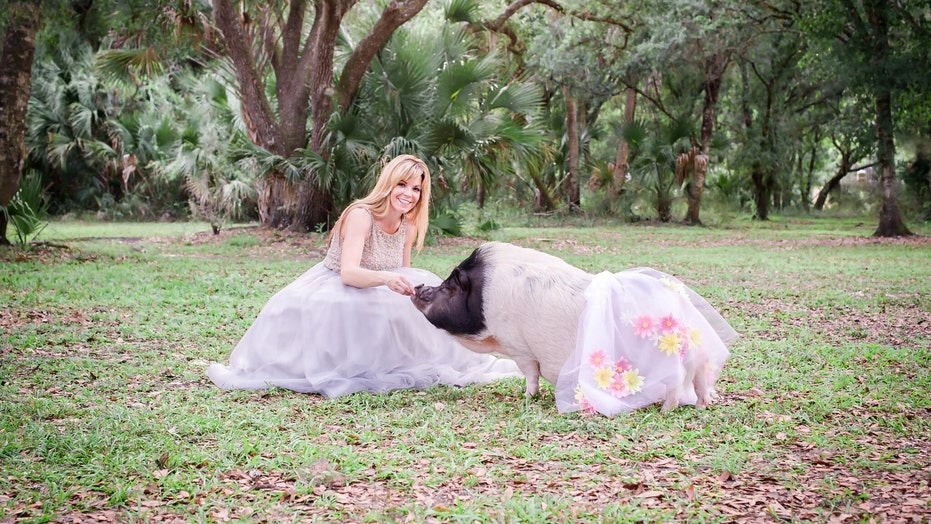 Within a few months of adopting her “mini” pig Rosie, Doreen Burke realized that if she wanted her pet to wear clothes, she was going to have to make them herself.

“At the point that I got her, September 2, 2014, there wasn’t a lot on the internet about mini pigs and so I really didn’t know what I was getting myself into,” Burke told SWNS. “Turns out there’s really no such thing as a mini pig.”

Burke explained that at the time, the breeder told her Rosie would only grow to be 40 or 50 pounds, but within about six months, Burke realized her pet was getting too big for other conventional pet clothes. In fact, now Rosie weighs 200 pounds. 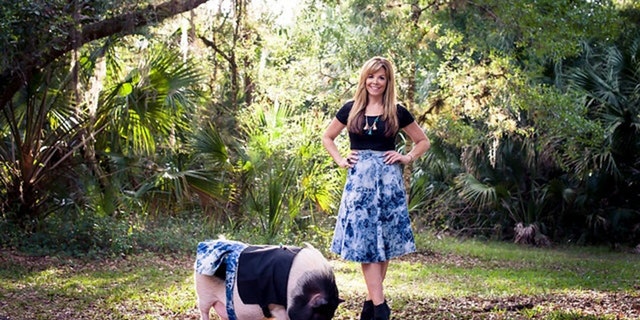 “I would never give my pig up, but I quickly realized that there wasn’t real access to clothes that actually would fit her, so I decided to teach myself how to make them,” Burke said.

NEW YORK COPS SAVE DOG, CAT FROM BURNING HOUSE AFTER ESCAPING CHILDREN TELL THEM PETS WERE INSIDE

When she started, Burke didn’t even know how to sew, but she bought a sewing machine and watched YouTube videos.

“I’m passionate about my pig and have always been into fashion so it just worked,” she said. “The business happened organically.”

Burke said she started making her own patterns for Rosie and posted them on social media, before realizing that “there’s a whole community out there who need them.” 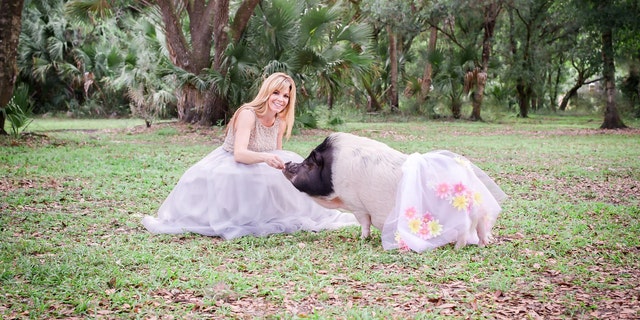 “People are out there trying to fit pigs into dog clothes and they aren’t built the same and each pig needs custom clothing to fit properly,” Burke said. “That’s when I decided to start Snort Life.”

Customers send Burke their pet pigs’ measurements and she sews the outfits during her evenings when she’s done with her full-time job. According to the website, orders take six weeks to be processed.

“With the rise of social media I think people like to dress up their pets and show them off so I wanted to ensure that I’m providing a way to do it safely for pigs,” she added. “I really just like making people happy and it makes people smile seeing pigs dressed up in cute outfits, while also knowing the pig isn’t being squeezed into dog clothes.”