Foodie shares how to make mouthwatering cinnamon scrolls at home 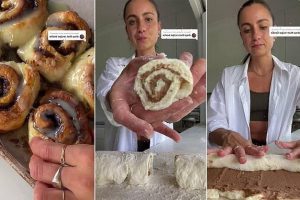 An amateur baker has shared how to make delicious cinnamon scrolls at home for the perfect afternoon snack.

Sophie Fisher, from Melbourne who runs the popular cooking account Coconut and Bliss, shared how to make the sweet treat in a TikTok video after thousands begged for the recipe.

The dessert looks absolutely mouthwatering and is topped with an oozing vanilla glaze. 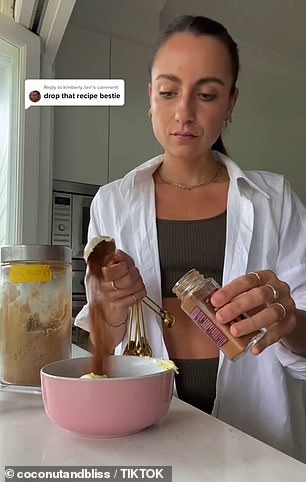 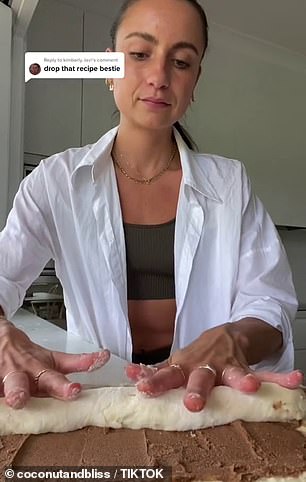 Sophie Fisher (pictured) has shared how to make delicious and easy cinnamon scrolls. The dessert looks absolutely mouthwatering and is topped with an oozing vanilla glaze

In a now-viral TikTok video, Sophie first preheated the oven to 180 degrees celsius, then sifted self-raising flour and icing sugar into a bowl.

She then added one cup of Greek yoghurt into the bowl and stirred well until a dough-like consistency formed, then placed it onto her floured bench top.

Once the dough was on the floured surface she began kneading it until smooth, then rolled it out out until it was one centimetre thick.

Next, Sophie combined a quarter cup of brown sugar, two tablespoons of softened butter and one tablespoon of cinnamon in a bowl.

She mixed the filling until smooth and spread it out evenly onto the dough before rolling the dough up tightly.

Sophie cut the dough into eight slices with fishing line to get a perfect cut, then arranged the buns onto a lined tray and baked for 20 minutes.

To finish she combined icing sugar and Greek yoghurt in a bowl then drizzled it on top of the scrolls while warm and enjoyed. 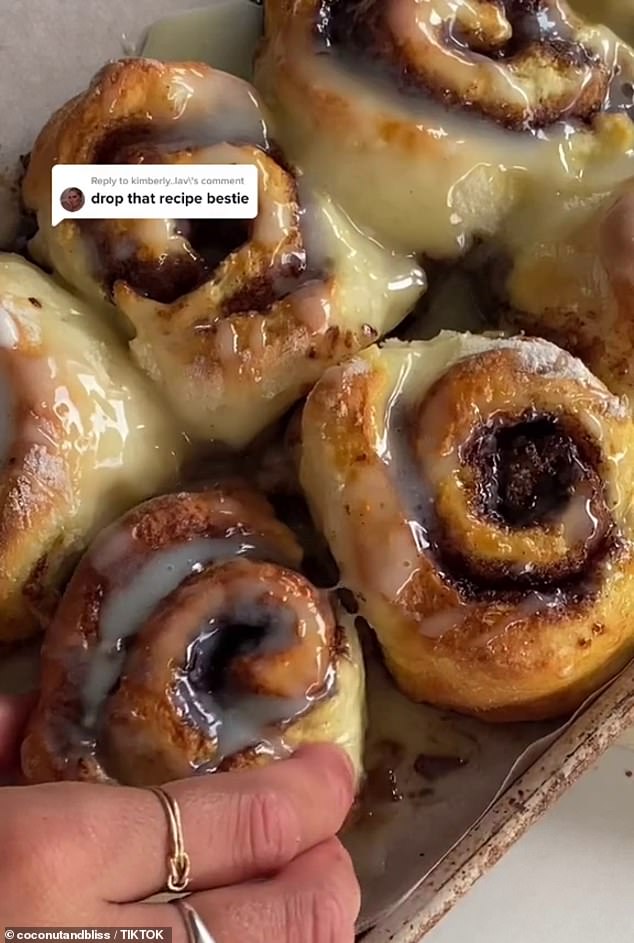 Her delicious and simple recipe received more than 80,000 views on TikTok and many commented on how tasty the baked treats look

Her delicious video recipe received more than 80,000 views on TikTok and many commented on how tasty the baked treats look.

‘I just made these and oh my god what the heck! It’s incredibly tasty. Can’t believe this is super easy and quick to make,’ one foodie wrote.

‘I need to make these! They are just too good to look at,’ another wrote.

How to make the easiest cinnamon scrolls: