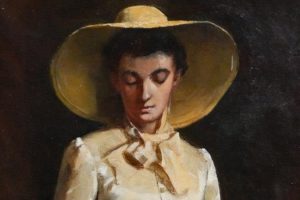 A rarely seen painting by one of Australia’s pioneering impressionist artists, Frederick McCubbin, will go under the hammer for the first time in 140 years.

The 1884 painting The Letter is one of McCubbin’s earliest contributions to the late 19th-century art movement known as Australian Impressionism and has been long held by his family, known to exist by only a handful of scholars. 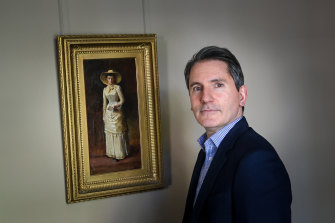 The work features McCubbin’s sister Harriet, an artist who modelled for him as well as his contemporary Tom Roberts, reading a letter, apparently deep in thought.

Measuring 45.5cm x 22.6 cm, the piece will be auctioned in by Smith & Singer in November with an estimated price range of $300,000-$400,000. But the auction house says there’s a chance it will sell for well above that, given the rarity of McCubbin’s work of this era and the degree of interest it is expected to generate.

The Letter is considered a sister piece to a much larger McCubbin work, with the same name, that is held in the Art Gallery of Ballarat and features the young woman reading a letter with vivid Australian bush in the background. 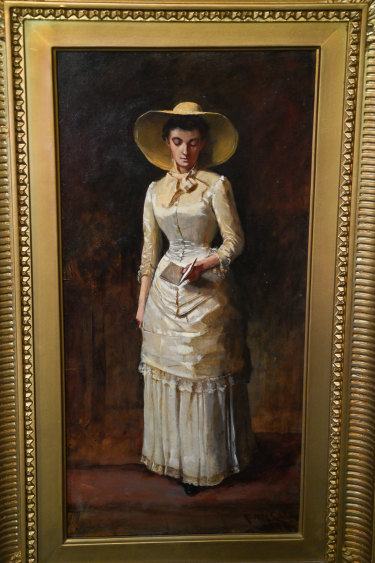 Smith & Singer chairman Geoffrey Smith said McCubbin would have painted the work set for auction in a studio and later, for the sister painting, transplanted it onto one of the en plein air landscapes for which the Australian Impressionists, or Naturalists, became well known.

McCubbin is one of the most famous of this group of artists and his work, including Down On His Luck (1889) and Lost (1886), are among the country’s most recognisable.

McCubbin was one of the few of his generation born in Australia. “It’s the beginning of a non-Indigenous Australian art school,” Singer said.

“It redefined a national art movement. These artists were trailblazers …this is painted within a very short period of European settlement of Melbourne, 1880s in Marvellous Melbourne, there’s an extraordinary surge of building and architecture, it’s cosmopolitan, people are arriving from all over the world, it’s multicultural.

As well as being technically skillful and innovative, McCubbin said the painting mirrored what we’ve experienced over the last two years: contemplation, introspection and imagination.

“We’re more aligned to works of art that convey a sense of inner reflection and thought because we have been engaged with those pursuits ourselves,” he said.

“Because there are so few works from this first decade of McCubbin’s career remaining in private hands, it’s very difficult to form a precise estimate because there aren’t recent comparable prices,” Singer said. “The Letter represents a rare and remarkable rediscovery of a major composition by one of Australia’s most beloved artists from the golden age of Australian painting.”