Home » Lifestyle » From Mega-Bytes To Mega-Bucks: The Story of Dell

From Mega-Bytes To Mega-Bucks: The Story of Dell 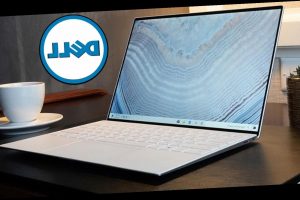 Dell is currently one of the biggest PC makers in the world. Its founder Michael Dell began as a common boy with high ambitions. The journey of how Dell became a billion-dollar company is indeed epic. Today, Michael Dell is the 27th richest person worldwide on Forbes’ list; he has a net worth of an impressive $45 billion. However, he started in his dormitory as a 19-year-old kid with only $1000. Now at 55 years of age, he owns a multi-billion empire with numerous luxury estates like his $40 million house at Boston’s Four Seasons and a penthouse in Manhattan which he procured for $100 million. He is also a beach person and has a fancy home in Hawaii.

Starting from a dorm room and ending up with multiple luxury estates is indeed impressive. Michael dell revolutionized the PC-making industry before diversifying into something more significant; Dell, in turn, changed his life.

Here is how Dell became a billion-dollar company.

The Modest Childhood of Michael Dell

Michael Dell was interested in computers and PC parts even as a kid. He got into the business of buying and selling old PC parts at a very young age. This side hustle helped him gain basic knowledge about his future multi-billion dollar business’s mechanics and technicalities.

When Michael Dell was in his elementary school in Austin, he had a special knack for mathematics, Computer Science, and Technology. By the age of seven, Dell had managed to buy an Apple II PC for himself. By the age of 15, Dell could disassemble a computer set to acquire practical knowledge of how the parts are assembled and how it works. At that point, the cost of Apple II PCs was around $129.

He nurtured his skills and knowledge when he was studying at the University of Texas in Austin. By this time, the pedaling of PC parts had become Dell’s means of income and a chosen hobby. So, he did the same on the university campus as well. The more profit he made, the more experience he gathered in this business.

The Foundation of the Dell Company

Michael Dell started with only $1000, which he used to make every week while living in his university’s dorm room in Austin. He also had another business of attracting crowds for a newspaper subscription. Dell earned about $18000 through this business endeavor. He used this revenue to hire employees and expand his business which brought in profits of about $200,000.

RELATED: The Top 10 Most Sold Laptops in the World

This gave him the window to start his own business, although it meant that he had to drop out of college. Thus, Michel Dell gave birth to Dell in 1962 and became famous worldwide as the youngest CEO globally at the age of just 27. Even after becoming the owner of such a prosperous business, Dell never shied away from education. In 1987 he resumed his studies at Stanford University in California.

His business expanded more when Dell began selling Computers and PC parts on an online website. This is quite a futuristic aspect back in 1996, and it attracted the tech-savvy crowd. Dell decided this is the right moment to launch its first servers. As a result, revenue of about $1 million each day was generated. What happened after this is history; by 2001, Dell Inc. had become a shareholder of 12.8 percent of world revenue; it kept setting one record after another.

The Secret Behind Dell’s Success Story

One of the factors that got the global consumers of PC products excited was the brand new PC design Dell came up with. Dell’s first set of PCs had a striking model design called the Turbo Computer model. It sold pretty well at the price of $795 per set.

There are a few tenets that Michael Dell and his core team of experts who run Dell have been following over the years. These principles have helped the multi-billion dollar company to remain secure in its ever-growing progress. For example, Michael Dell tells Forbes that he always believes in hiring people better than him and constructively contribute to his company.

Several factors determine the potential success of a business enterprise. These could include the availability of raw materials, labor, geography, and demography of the place. The last factor is about the customer base for the products that determine their sale.

Dell’s strategy was to build its leading factories at locations where the demography was more suitable to the business. This would ensure the smooth functioning of the supply chain instead of incurring a high cost of transportation. The result is a faster delivery system and better after-sales service management. Another area that Dell invested in is developmental research.

Dell is now one of the most expansive PC products businesses that exist worldwide. Dell has employed about 165000 people from the USA.