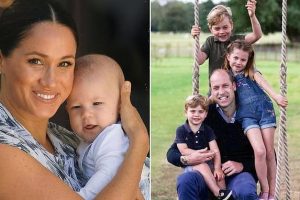 Duke and Duchess of Cambridge’s children won’t have a ‘childhood bond’ with cousin Archie but will ‘really appreciate him later on in their lives’, royal author claims

The Duke and Duchess of Cambridge’s children will develop a close bond with their cousin Archie Mountbatten-Windsor later on in their lives, a royal author has claimed.

Ingrid Seward, editor-in-chief of Majesty magazine and author of Prince Philip Revealed: A Man of His Century, suggested Prince George, seven, Princess Charlotte, six, and Prince Louis, three, are likely to build a relationship with the Duke and Duchess of Sussex’s son despite the apparent rift between their parents.

She told the Express that the cousins will value each other because it is ‘difficult for royal family members to form friendships outside’ the Firm.

Prince Harry, 36, and Meghan Markle, 39, live with their son Archie, one, in a $14.7million home in Santa Barbara, California. 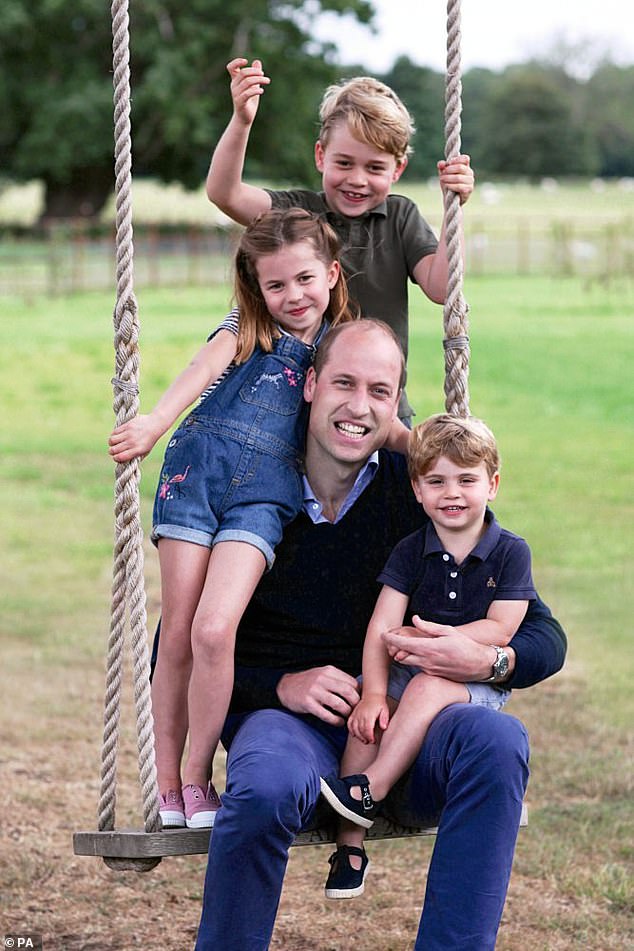 The Duke and Duchess of Cambridge’s children (pictured) will develop a close bond with their cousin Archie Mountbatten-Windsor later on in their lives, a royal author has claimed. 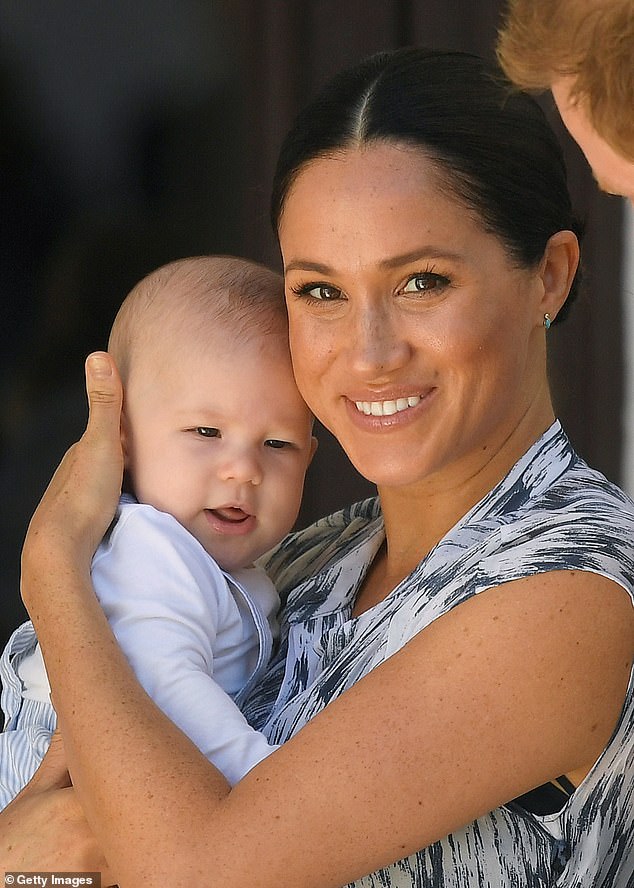 Ms Seward said: ‘I am sure Diana would have wanted her sons’ offspring to be friends as she would have known how difficult it is to form friendships outside the family as people cannot be trusted not to let some indiscretion slip out.

‘But they may be friends with Archie when they are older. How cool to have a Californian cousin who is going to be such a dude as Archie. So exciting for them to go and stay with him too and vice versa.

‘So they may not have the childhood bond, which they really don’t need as they have lots of little friends, but they will really appreciate Archie later on in their lives.’

Ingrid’s prediction follows Harry and William’s meeting for the first time following the Duke and Duchess of Sussex’s tell-all with Oprah Winfrey.

The Duke of Sussex returned to the UK to attend Prince Philip’s funeral on April 17, after stepping down as a senior royal in January 2020 and subsequently having his titles stripped by the Queen. 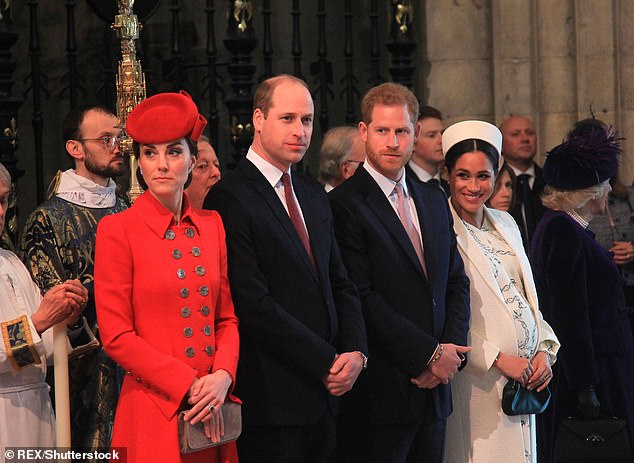 Prince Harry met with his brother for the first time since the Oprah interview at the Duke of Edinburgh’s funeral at Windsor Castle last month. Pictured left to right: Duchess and Duke of Cambridge, Duke and Duchess of Sussex

He flew back to California, where he now resides in a £11million Montecito mansion with Meghan, 39, who is pregnant with their second child, days later, missing the Queen’s 95th birthday on April 21.

Charles, William and Harry were said to have talked after the interview but they were believed to have been ‘unproductive’.

However, a spokesperson for the Sussex couple confirmed they privately wished Kate and William a happy 10th wedding anniversary last week.

William and Harry are expected to meet again in the summer when they unveil a new statue to Princess Diana at Kensington Palace.

Insiders hope the July 1 event – done to commemorate what would have been their mother’s 60th birthday – will help mend their relationship.