Spot the difference! College student calls out her boyfriend for acting so affectionate in private while being cool and aloof on social media – prompting dozens of others to do the same

A Canadian college student has gone viral for her very relatable tweet about the two sides of her boyfriend.

Olivia O’Leary, 20, told BuzzFeed that her boyfriend Cam is ‘so affectionate and sappy 90% of the time’ — but looking at his Instagram captions, you might not think so.

She found the contrast between his romantic side and his public personal so funny that she wrote about it in an emoji-packed tweet — and inspired dozens of other women to share similar stories. 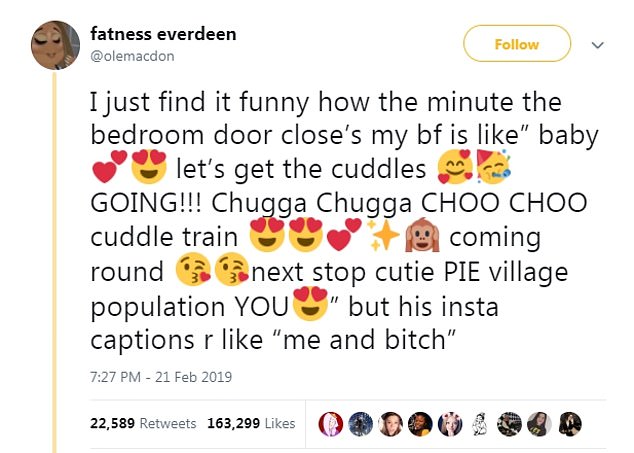 Relatable: Olivia O’Leary from British Columbia, Canada, said her boyfriend Cam is ‘so affectionate and sappy 90% of the time’ and shared this funny tweet about it 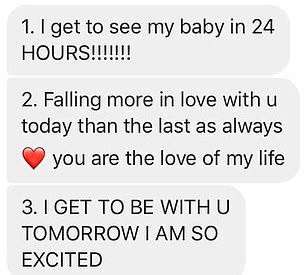 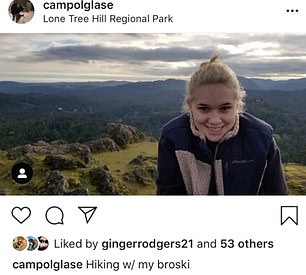 ‘I just find it funny how the minute the bedroom door close’s my bf is like “baby let’s get the cuddles GOING!!! Chugga Chugga CHOO CHOO cuddle train coming round, next stop cutie PIE village population YOU” but his insta captions r like “me and b****,”‘ she tweeted last week.

It’s not that Cam is sweet behind closed doors but mean in public — in fact, Olivia exaggerated a bit for the tweet to make her point. Rather, he just tends to tone down his cutesy, affectionate language and be more ‘bland’ and ‘vague’ on social media.

Olivia, who goes to school in Victoria, British Columbia, illustrated with another tweet.

First, it included a screengrab of some recent text messages from Cam, which included, ‘Falling more in love with u today than the last as always [heart] you are the love of my life.’

But captioning a recent photo of her on Instagram, he wrote: ‘Hiking w/ my broski.’ 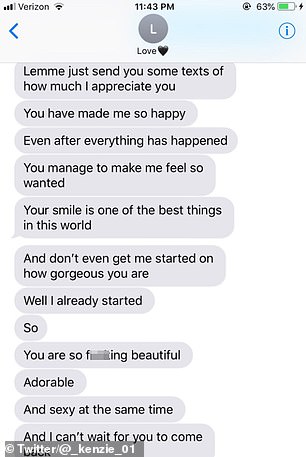 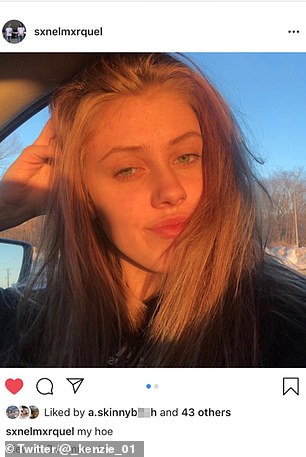 Same! A woman named Kenzie said she could relate, and posted her own texts and Insta screenshot from her boyfriend 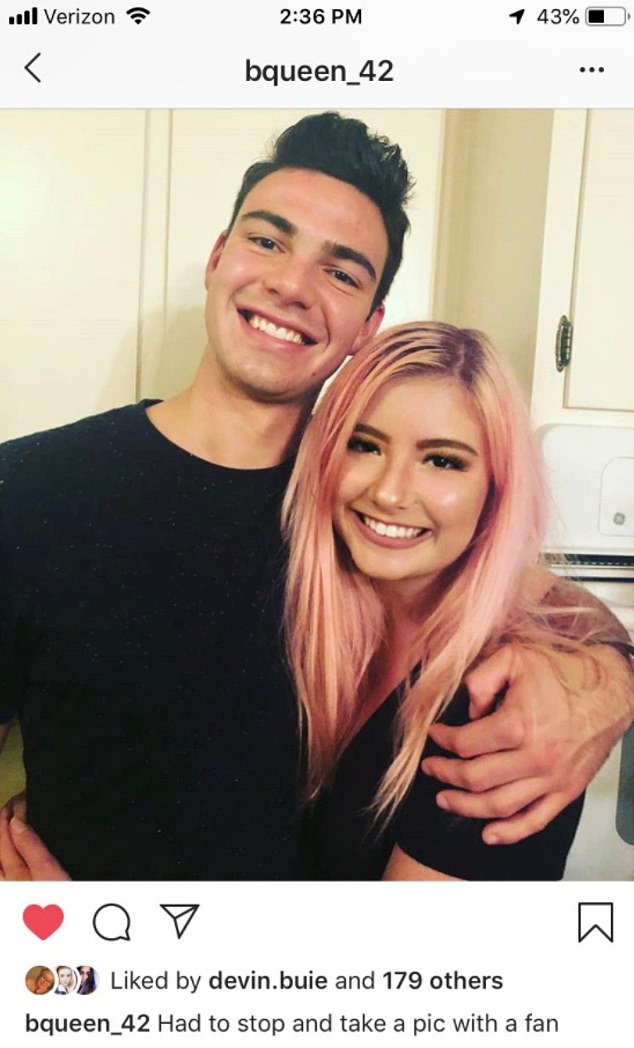 Confirmed! Another woman named Hannah chimed in with a similar pair of screenshots 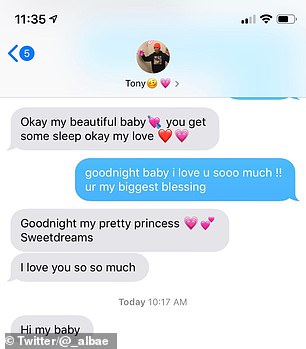 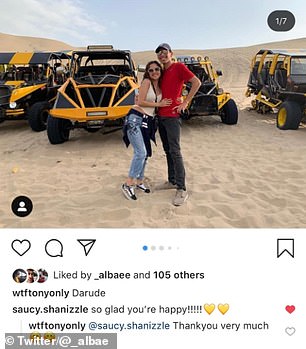 Her comments certainly resonated with people: The original tweet has been liked over 163,000 times, and dozens of other women chimed in with similar screenshots.

A young woman named Kenzie Richmond shared a screenshot of her boyfriend’s texts, which start: ‘Let me just send you some texts of how much I appreciate you.’

They go on to say, ‘You smile is one of the best things in the world’ and ‘Don’t even get me started on how gorgeous you are.’

But captioning a recent Instagram photo of her, he wrote simply: ‘My hoe.’

Another boyfriend wrote a long message to his girlfriend, reading, ‘Hey I know you’re asleep but I love and miss you.

‘You make me so happy just lounging around. You make me feel so safe… You give me life Samantha.’ 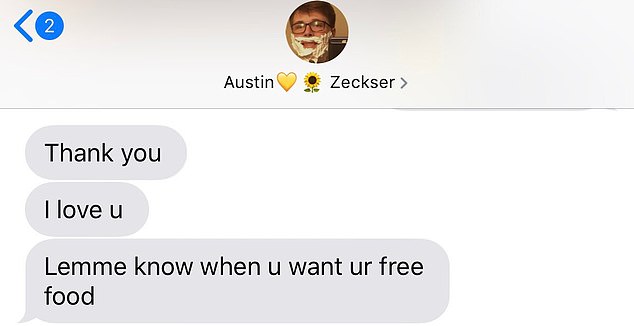 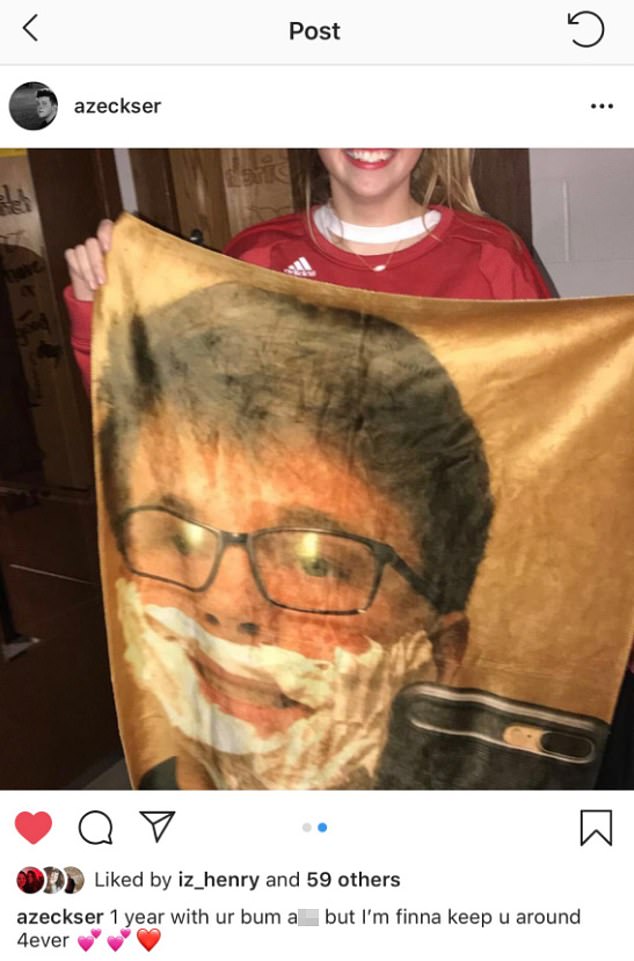 A woman named Alex had  ‘love u’ texts from her boyfriend, who also called her a ‘bum a**’ on Instagram 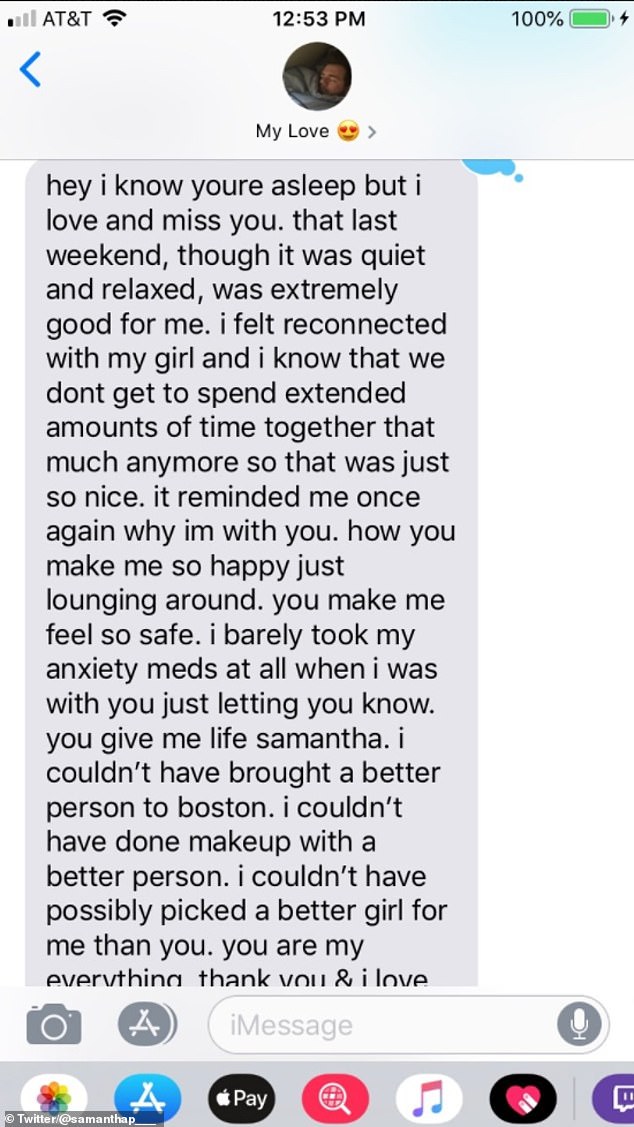 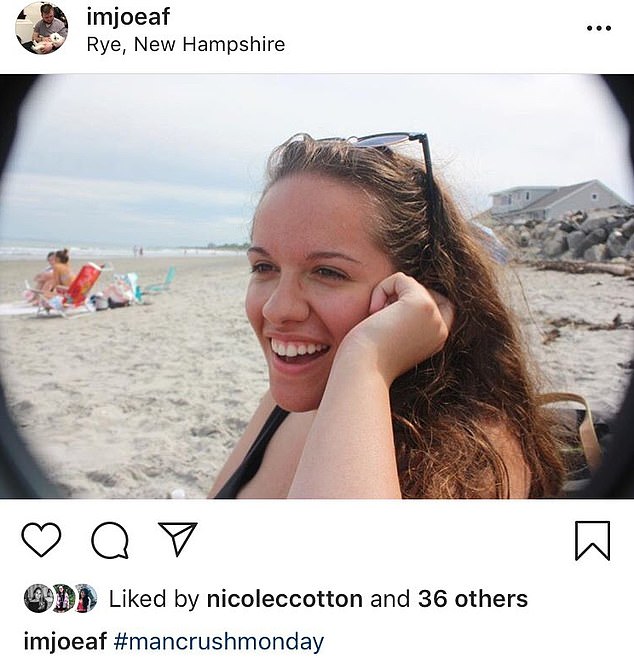 Aw! Sam’s boyfriend wrote a long text telling her how great she was, then hashtagged a photo of her with #mancrushmonday 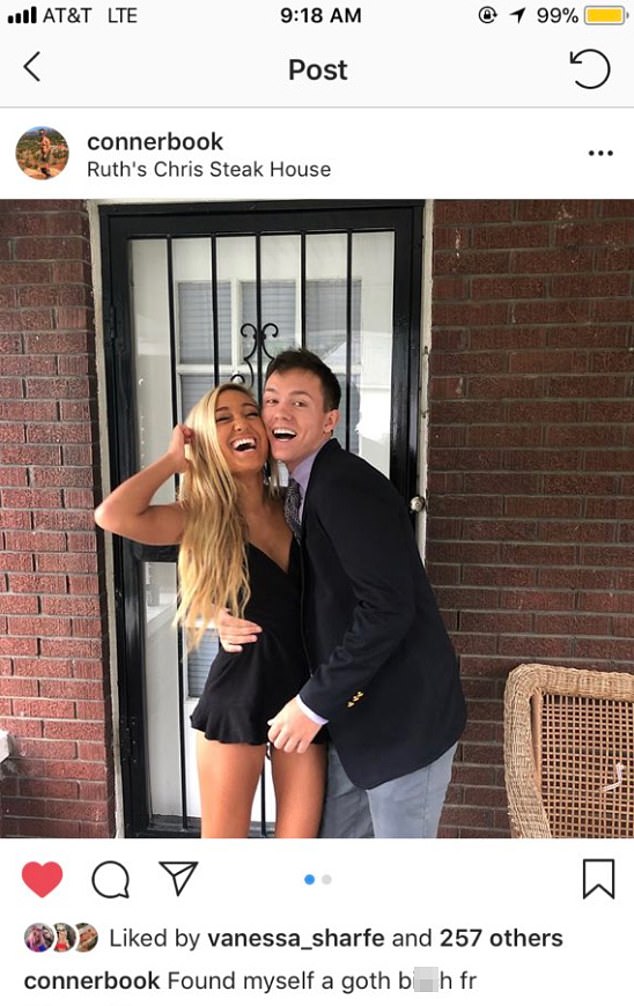 Term of endearment? Jenna’s boyfriend texted her that he missed her, but called her a ‘goth b****’ on social media 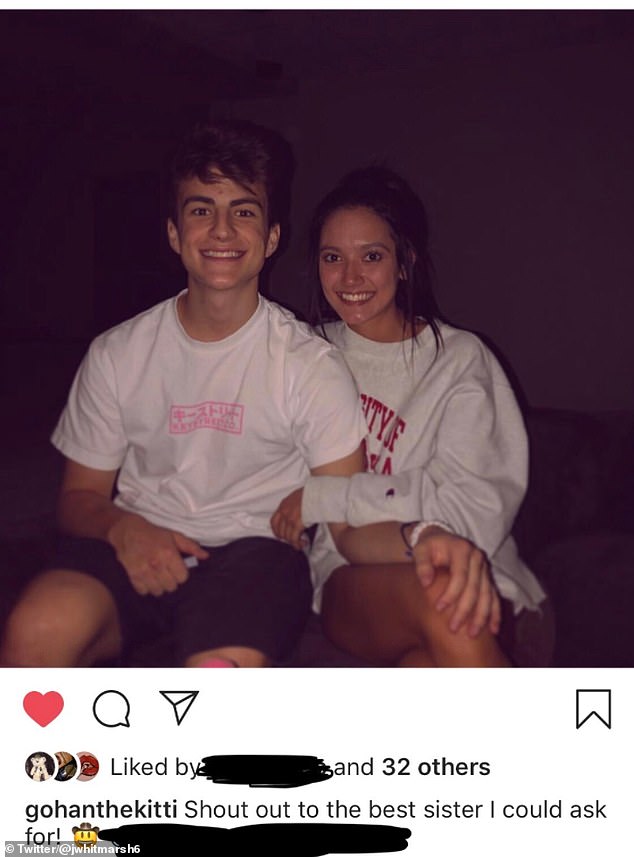 Jokes: Another woman was called both an ‘amazing person’ and the ‘best sister’ by his boyfriend

But when he posted a photo of her, he added the less-than-flattering hashtag @mancrushmonday.

Several other women posted lengthy love texts, strings of heart emojis, and messages with terms of endearment like ‘baby’ and ‘lovie.’

Meanwhile, those same men caption Instagram photos of them with words like ‘goth b****’ and ‘bum a***.’

The whole thing seemed to be taken in good humor, though, with men and women laughing over the posts.