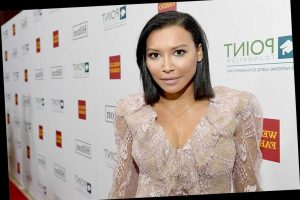 Glee actress Naya Rivera was missing on Wednesday after a boating incident with her 4-year-old son on a California lake, reports said.

Authorities have been searching for Rivera, who according to her son, never got back inside the boat after the two went swimming, the report said.

On Tuesday, the actress posted a picture on Instagram of herself and her son kissing.