Home » Lifestyle » Global TV Trends, Who Is Watching What, How and Why?

Global TV Trends, Who Is Watching What, How and Why? 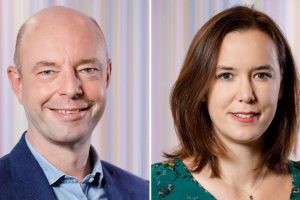 CANNES – Looking at the multiple stages of audience ratings from overnights to pre-broadcast, to live, then plus-seven days and plus-28 days, launching a TV show these days is like a multistage rocket getting to the moon,” said Frédéric Vaulpré, vice president at Paris-based research firm Global Audience & Content Evolution (Glance).

He was talking just before his Monday presentation on Global TV Trends at Mipcom, made with Glance head of content insight Avril Blondelot. Images created for the presentation include a rocket with plus-28-days and pre-broadcast for wings, and live forming the spaceship’s body.

“You need reliable data. That’s where we come in. We see the complexity of these ratings,” he said.

At the Monday session, Vaulpré addressed trends in ratings, broadcasting, platforms and streaming before Blondelot looked at the content side of things: Genres that work; upcoming highlights to track.

A decline in TV viewing time, after the world eased out of pandemic lockdown doesn’t change the fact that viewing time is still high in many Western markets, Vaulpré argued.

Viewing time is, on average,  more than three hours a day in France, Italy and Germany. What’s more, viewing time is higher in Europe than 20 years ago.

Indeed, one conclusion the two analysts have come to is that traditional TV remains more vital than SVOD or AVOD in terms of attracting large audiences, while their research on top performing TV shows reveals the strength of broadcasters.

“Sometimes, TV is the only way to gather a huge number of people at the same time,” Vaulpré said.

Other trends include pubcasters pushing and encouraging new viewing habits, like pre-broadcast.

“The challenge for TV is not the numbers. It’s not the global reach. It’s the 15-24-year-old age bracket,” he said.

Glance offers VOD program audience data in 24 countries and in more than 100 territories for TV audiences.

In terms of Asia,  whilst Netflix remains a strong player overall, its leadership is not confirmed in all Asian markets. Local platforms and dramas lead the way in Southeast Asia, Vaulpré demonstrated, citing Indonesian drama “My Love My Enemy” on Vidio; “My Lecturer, My Husband” on WeTV; Philippine drama “The Broken Marriage Vow,” and Thai drama “KinnPorsche.”

In other ratings tendencies, historical documentaries are still the No. 1 most-launched series; behind the scenes royalty continues to sell; a new twist on true crime is amongst the top exported docus, with series like “Curse of the Chippendales.” And sports docus like “Muhammad Ali” by Ken Burns, are still at the forefront.

Nature packed challenges like the survival show “Gennem Grand Canyon,” and fooling and tricking shows, like MTV’s dating show “Love at First Lie,” are both continuing trends, she said.

Africa is on the up with shows like Showmax’s “Blood Psalms,” which is set in Africa, one thousand days after the fall of Atlantis.

“There is an increase in the number of projects launched in Africa,” said Blondelot. “There is a huge growth in Africa right now.”

And there is seemingly no end to new ideas. Celebrity interview shows with autistic journalists; celebrities going back to school to be taught by teenagers; Brits proposing themselves for Prime Minister. Landing your dream job.

Women in Crime is another hit with audiences with shows to look out for including the upcoming “Elle’s Kitchen” from France’s Have a Good One and “Valkirias Motel,” which follows a group of women living on the Spanish-Portuguese border who get themselves into some serious trouble.

“There is a  greater attention to making crime relatable,” she said. “That includes having women leads. Women watch more scripted shows.”

LGBTQ series like “Prisma,” from Cross Productions in Italy, and “Ser O No Ser,” which premiered in March in Spain, also made the cut for the presentation. The “Ser” story follows a 16-year-old trans boy beginning drama school.

“The number of shows with this topic increased,” she said. “It’s driven by the platforms. There are some beautiful shows getting made.”