‘That’s some job title!’ GMB renames a police officer as an ‘Ass Chief’ in an awkward caption gaffe during a report on Gatwick drone chaos

Amongst the chaos of the Gatwick drone which has left thousands of passengers stranded there was at least a little light relief.

Good Morning Britain’s news report gave viewers a chuckle earlier this morning during their coverage as they made a hilarious captioning gaffe with a police officer’s job title.

In an attempt to squeeze Assistant Chief Constable Steve Barry on to the caption strapline, he ended up being titled ‘Ass Chief’.

Eagle-eyed viewers were quick spot the awkward gaffe, with one asking the ITV daytime show to use the full title in future as it caused an embarrassing moment when her young daughter asked what the job entailed. 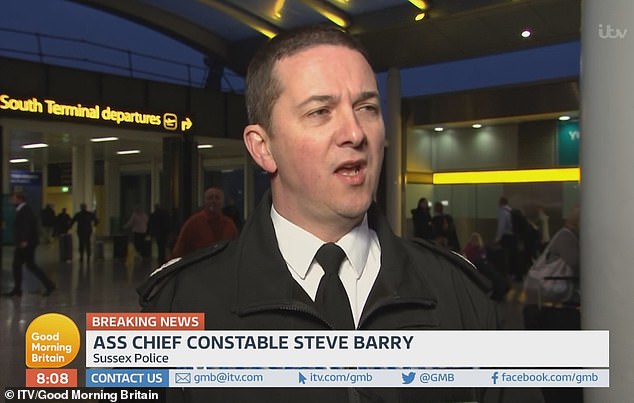 Assistant Chief Constable Steve Barry appeared on GMB to discuss the re-opening of the runway at Gatwick airport, but was inadvertently the butt of the joke 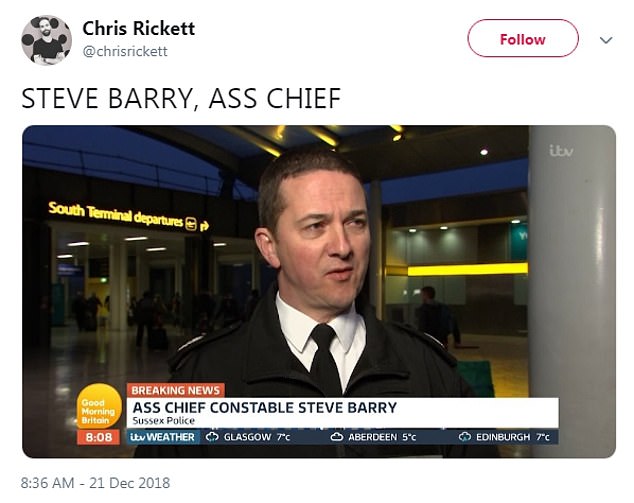 The Assistant Chief appeared on GMB to discuss the re-opening of the runway at Gatwick airport, but inadvertently became the butt of the joke.

One mum shared: ‘@GMB please you[sic] the officers full title in future, my daughter has just giggled asking what as “Ass Chief” does? (title just seen during your news report about Gatwick) #awkward’ 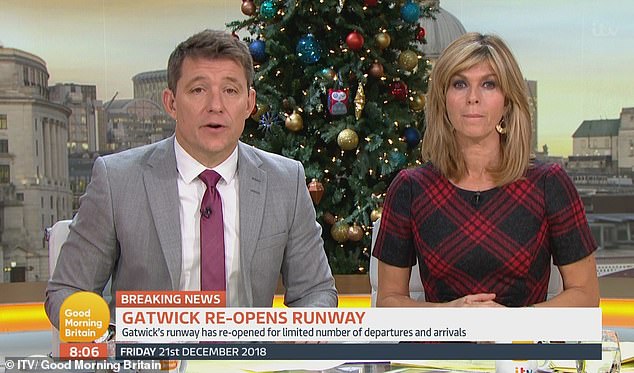 ‘Chief of what? I’d be asking for a new job title,’ commented another.

Some 350,000 people face having their Christmas plans ruined as Gatwick was sent into chaos by the drone, with more than 700 flights cancelled.

The runway had been closed almost constantly since two drones were spotted being flown inside Gatwick’s perimeter at 9pm on Wednesday. 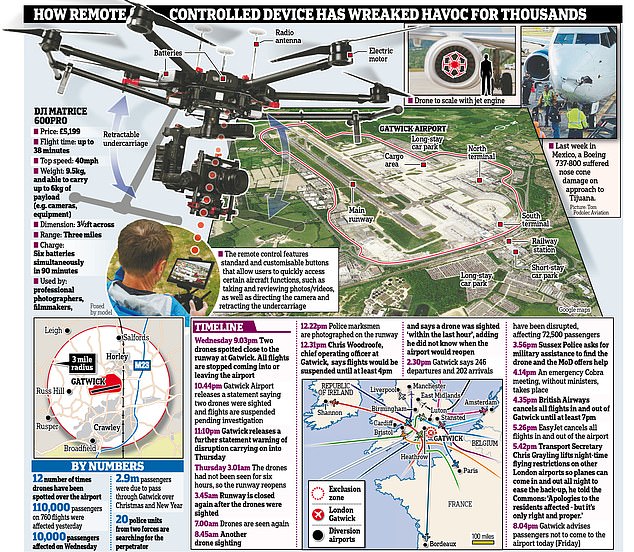 It was reopened at 3am on Thursday but was closed 45 minutes later after the drones re-emerged.

However, today the airport was open early this morning, as attempts to get stranded passengers to their destinations for the festive period were put in place.

The assistant chief said on GMB: ‘We’re in a much more positive place today, the airport is open, the runway is open.

‘We’ve been working really hard with our partners and the airport authority to achieve that.

‘We are in a much better place in terms of what we’ve got available around the airport to respond to the drone sighting and it has been some time now since we’ve seen the drone.’

Good Morning Britain airs weekdays on ITV from 6am