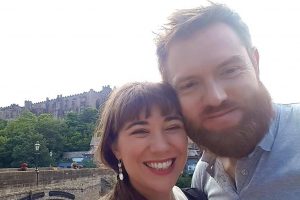 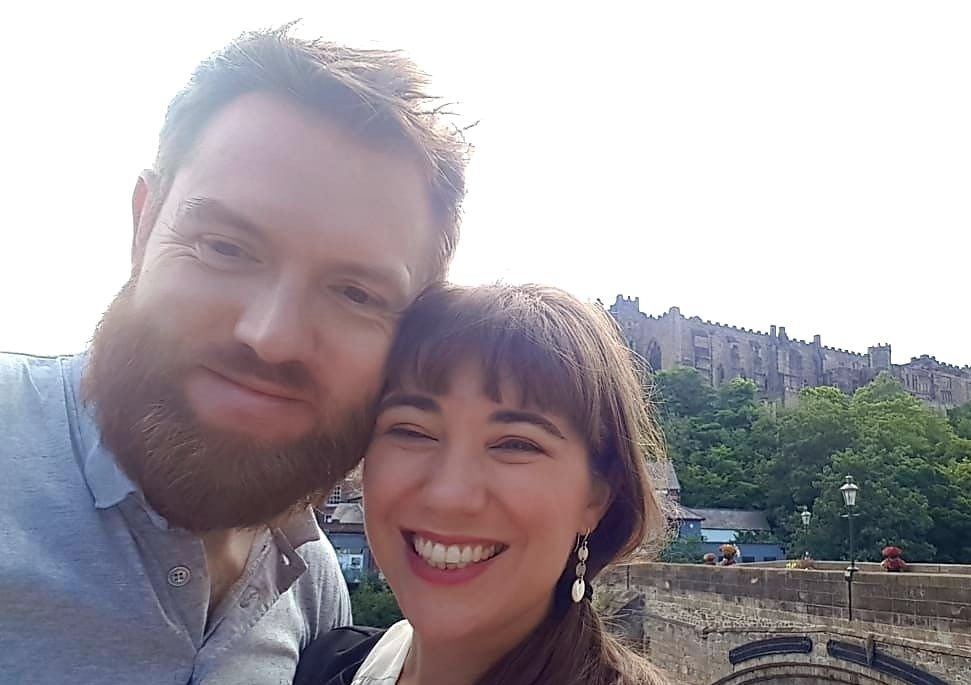 ‘Cheers!’ My husband, Tom, grinned, raising his cocktail. As I clinked his glass, I couldn’t stop smiling.

It wasn’t either of our birthdays, nor was it an anniversary – but there was an equally good reason to be toasting. Tom and I had a day off, a proper day off. Not just from work, but from the children too.

We had a whole day of decadence planned. After dropping Theo, four, at reception, and Immy, three, at nursery, we’d jumped on a bus to Newcastle to do a tour of the Literary and Philosophical Society (far more fascinating that it sounds, I assure you).

Then we’d had a leisurely look around the shops, before going for some Indian street food with cocktails for a late lunch.

To anyone without children reading, this might sound like a typical Saturday – indeed, it was the sort of day I’d have indulged in without thinking, pre-Theo.

Yet, any parent will know just how luxurious it is to have a day with your partner without your children in tow.

Of course, at the start, it was for the better. We were so excited for my whole pregnancy and when Theo came along, a beautiful little bundle who slept through the night from week two, we couldn’t believe how lucky we were.

‘We created that,’ we’d laugh in wonder at one another.

I was hopelessly in love – and, when the time came to go back to work, I plunged into such guilt. How on earth could I give my gorgeous baby to someone else to look after for the whole day?

So of course, I used every single day of my annual leave to spend time with him, comforting myself that we’d planned to have another baby as soon as we could and I’d have another round of maternity leave with him.

I still remember the confusion when a couple we knew told us they’d put their little girl into nursery and had a day off together – just the two of them.

Back then, it had simply never occurred to me. After all, there were three of us now, not just two.

Plus, the guilt I’d felt at putting Theo into nursery in the first place simply wouldn’t have let me take a day off without him.

Then, Immy came along and suddenly life became far more hectic than it had ever been before. She was just a tiny baby but having that fourth body to dress, mouth to feed and person to organise tipped us into overdrive.

Soon, life became all about them – as, of course, it should. Our weekends revolved around baby activities and meeting up with other parents for play dates. Our conversation became completely about them.

I adored my children but, in becoming a family, it seemed to totally bypass me that Tom and I were still a couple. With no family around to babysit, we stayed in most evenings, only going out with our separate friends.

Yes, there’d be nights we’d get a takeaway or rent a film, but most of the time we were too caught up in the daily routine of work, feeding and bathing the little ones, getting them to bed before collapsing, wordlessly, in front of the television.

On the odd night a friend babysat and we’d go out for dinner, it always felt like such a rush. There was always the fear that one of the children would wake up crying, and even if they didn’t, we didn’t want to keep our friend out too late.

Of course, we knew that having children was going to change life – and our relationship – completely, and maybe that was why we didn’t realise how little quality time we actually spent together, just the two of us.

Well, that and the good old coronavirus, of course. For so long, nobody was having fun, everyone was too busy staying inside.

Then, we finally moved back up to Newcastle 18 months ago. Theo was three and a half and Immy 18 months, and, in the week between our birthdays, we treated ourselves to a spa day.

We went mid-week, while my parents looked after the children.

Having a full eight hours to ourselves was just magical. As we floated between the jacuzzi and the steam room, we talked like we hadn’t done in… years. We joked and laughed, talked and listened. I explained the plot to the book I was reading, and he told me about an article he’d just read.

I’ve never stopped loving Tom, but on that day, I remembered all the reasons why I do.

And, when we picked the kids up that afternoon, no later than usual, they were none the wiser that we’d been AWOL.

That’s the joy of a day date. There’s no hangover, no tiredness from a late night and you don’t miss out on bedtime – and you get more time together than on an evening out.

Since then, we’ve made it a point to book a day for ourselves every couple of months. We’ve gone back to the spa, we’ve been to the theatre – and have always been back in time to pick the children up from school and nursery. Win-win!

I’ve learnt to no longer feel guilty about not having the children with me when I’m not at work. Not only do I need time to myself, but Tom and I also need time together, just the two of us – when we’re Sarah and Tom, not Mammy and Daddy.

Where we’re people, not just parents. It reminds us of who we are and who we are to each other.