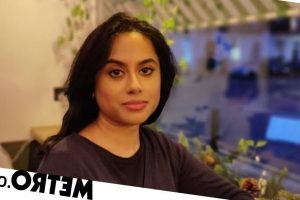 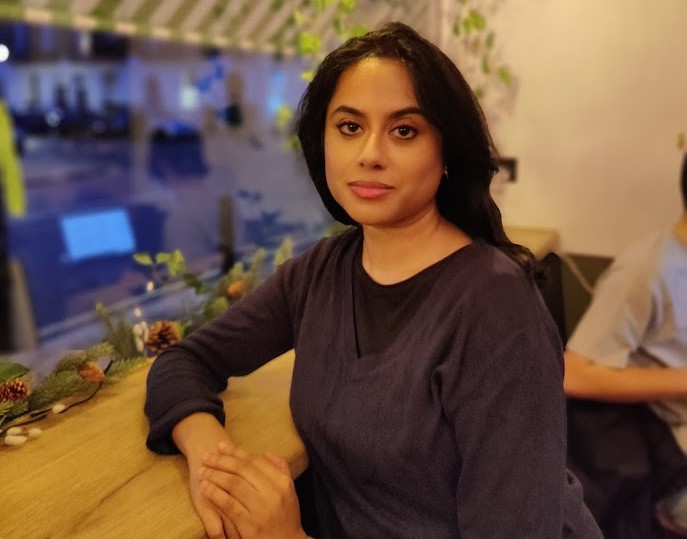 After I carried steaming pots of rice and bowls of curry to the dining room table at a relative’s house when I was 13, the host gathered all the men to start eating.

While the men ate, the rest of the women and I stood aside ready to tend to them if they needed – refilling their water cups, offering more servings of a dish and passing around condiments.

I’d seen this happen many times within my South Asian community, yet I recall feeling differently about it that day – resentful.

At the time, I was undergoing many social and physical changes; I was developing an understanding of gender inequality and what I witnessed that day was a clear example of it. In the moment, I was thinking about how there was no logical explanation for why I could not eat first, but it was, quite simply, because I was a girl.

This was a pivotal moment where I saw how I was essentially disempowered as a woman, but empowered at home and especially school, where there wasn’t a cultural pressure to behave in such a way.

Growing up, I was surrounded by strong female figures – like my mum and three older sisters – from whom I learned the importance of being assertive. This was particularly important to my mum as it was an opportunity not afforded to her and her generation growing up in Bangladesh.

I was always told as a child that I should strive to succeed and not let cultural norms hold me back in my goals of doing things like pursuing my ambitions, marrying on my own terms, forging a career in a male-dominated sector, and striving for leadership positions.

But within my wider family and the local South Asian community, women were actively disempowered.

Traditional Asian weddings felt like strange and archaic affairs. Not only were the genders segregated, it was also customary for the bride to sit silently on stage with her eyes downcast. Meanwhile, the groom could walk around and socialise with guests freely.

As a young woman, I felt frustrated that men’s needs were prioritised over the women around us, who had been tending to their children all day.

As I grew older, it became clear that I was grappling with two conflicting messages

In South Asian culture, you do not speak out as such behaviours are the norm; it’s almost subconscious as it’s so ingrained in our culture. I did not have the conception to speak out because I never saw anyone do that. Deep down, I hated accompanying my mother but I knew I had to as they are social graces and important in maintaining strong links with your relatives.

But when I started attending an all-girls school from the age of 11, it was formative in how I started seeing myself as a woman. Many with no experience of single-sex schools would assume that such a gendered environment would reinforce sexist attitudes like discouraging career ambition, not playing sports, and having strict and discriminatory dress codes, however this was not the case for me.

Although I didn’t realise it at the time, school made me think critically about the role of women in contemporary society. In English lessons, we studied texts with strong female protagonists – from authors such as Virginia Woolf, Jane Austen, and Daphne du Maurier –and we were encouraged to look at them through the contexts of gender, which became increasingly valuable to me growing up.

When we studied Rebecca by Daphne du Maurier, I saw how 20th century England was a particularly repressive time for women; society was often critical of their actions and behaviours, shown through the protagonist who is controlled by a domineering husband. This helped me feel validated in my personal experiences and showed me how rigid gender roles have persisted over time.

Also, instead of raising our hands in class, we could freely share our opinions. This taught me that I did not need to seek permission to speak; my voice was powerful and what I said mattered.

Even just walking down the hallway, you could not help but feel inspired by the portraits of successful alumni that lined the walls. To see women succeeding in leadership positions had a big impact on me and reinforced to me that my potential as a woman had no bounds.

As I grew older, it became clear that I was grappling with two conflicting messages; it was as though I was playing a performance at family gatherings. I could be who I wanted to be at school and home – except I had to assume a role with relatives.

Now, looking back, I can see how I – like many other South Asian women – was trying to appease an older generation of aunties, and uncles who grew up in an environment where patriarchal values were the social norm.

To put it simply, my mother and her generations did not have the privilege to openly defy cultural expectations. This was the life they lived and many other women continue to live.

I felt the need to adhere to these values out of the fear of being judged negatively. There was a constant fear and anxiety of being judged and, in extreme cases, ostracised by the wider community.

It’s important to recognise that cultural attitudes are not static

Looking back on my teenage self, I can see how confusing it felt dealing with so many differing ideas on how to behave as a woman. I feel grateful to have been surrounded by strong role models who taught me to feel empowered and find strength in being a woman, instead of following antiquated ideals.

Like when I got my first job out of university, my sisters told me to never be content with the salary I was offered and instead to always negotiate. I worried that this might make me seem ungrateful and difficult, but I soon learned that this is a common anxiety among women.

I understand how challenging it is for any person to grapple with their identity growing up, especially when you are faced with opposing cultural ideals. However, it is important to recognise that cultural attitudes are not static, but shift and change over time.

It continues to sadden me to know other women do not have the privileges I have, but I hope in sharing my experiences, I can help them feel confident to do so too.

We still have a long way to go in terms of gender equality but the fact that it is less shameful and stigmatised to talk about demonstrates that we are making the right steps towards progress.

I am thankful for the strong female figures in my life, whether it be my friends, teachers, or immediate family.

They helped me to see strength in myself as a woman and achieve my goals, especially at a time when I was receiving such problematic messaging about how women ‘should’ behave.