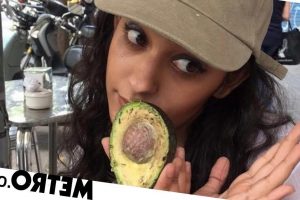 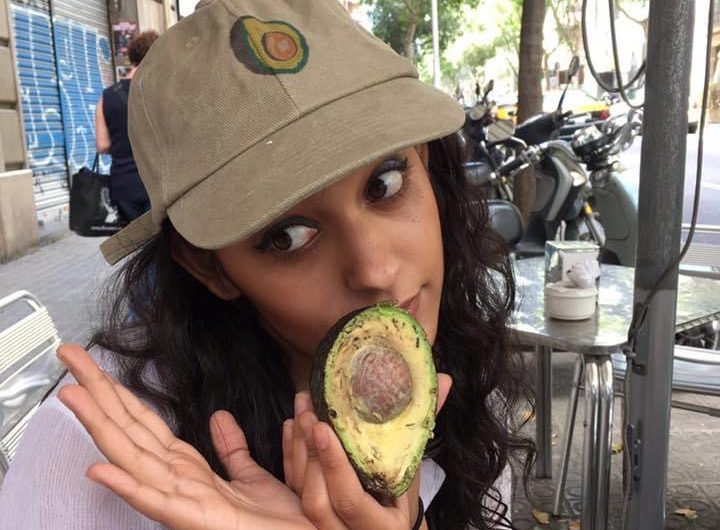 Growing up, food was a language of cultural connection for me.

Having never travelled to Pakistan and failing to learn my relatives’ language, it offered a taste of understanding.

Traditional sheikh kebabs, masala spiced fish, or lamb keema curries were swapped between my extended family members as weekly markers of affection, each dish a tiny lesson on our history.

The flavours were an expression of my ancestors’ lives and identities, laid out on a plate and recipes, long ago perfected, were passed down from one generation to the next.

So, when I decided to adopt a plant-based diet after taking part in the annual Veganuary campaign three years ago, I had a problem more complicated than simply avoiding dairy or eggs: I could no longer eat the foods that had tied me to my heritage.

Veganuary started as a bit of fun. A challenge spurred on by curiosity, to see if I could really go a month without melting cheese over jacket potatoes and persevere, despite my fantasies of thick cream layered desserts. But once I started to look into the benefits of veganism, I found it hard to go back.

Sucked in by the documentaries, the carefully constructed vegan Instagrams, and the news that a plant-based diet was one of the best things I could do for the planet – a month after avoiding all temptation, I was sold.

I felt my skin clearing up. I discovered I appreciated the added veggies in my diet, and with the knowledge of its ethical and environmental merits, I was even gifted a secret sense of fulfilment. What was not to like?

Well, according to my family, a lot of things. Though I’d dabbled in pescetarianism years before, when I announced my decision to go fully vegan, I was met with everything from a complete lack of understanding of what being vegan actually meant, to a constant stream of ‘but why?’s.

My relatives couldn’t fathom why I’d optionally push aside the food my grandma had spent hours cooking and were filled with worry that I wasn’t fuelling my body correctly.

Worse than their response, however, was my own creeping sense that by going vegan, I would never feel properly connected to our culture again. Swept up by how good going plant-based was making me feel, I never stopped to consider how it might affect that part of my life.

Having made the decision to try to make my veganism permanent, doubts lingered, and once I was with my extended family they were hard to ignore.

The food of Pakistan isn’t entirely focused on meat, fish and dairy, but compared to other South Asian cuisines, the ingredients are much more dominant and there were times I felt left out.

At family weddings, I had to skip courses – side dishes became my only option. While others celebrated, I felt disheartened that I couldn’t properly join in with the fun.

I watched in envy as others sipped on lassis, a traditional yoghurt drink, at restaurant meals.

I was embarrassed each time I had to ask a relative who had spent hours preparing a feast if their food was vegan friendly and felt a rising awkwardness as I whispered to explain that they’d accidentally added an ingredient that I couldn’t eat.

But of course, it was my choice and I was unwilling to give it up – so instead, I set out to find ways to incorporate the taste of Pakistan into my diet.

To my own shame, before going vegan I never really attempted to make the food of my culture – I didn’t think I could do it justice, so I didn’t try. But with the desire to remain connected, I started to try out the recipes I’d always enjoyed.

Ingredients to traditional daals and aloo gobi became regulars on my shopping lists, and with the assistance of meat replacements, I began developing my own vegan versions of classics I thought no longer would be an option.

Tofu replaced lamb in biryanis, I added fake chicken to karahi curries and even tried making a vegan mince kebab. The feedback from my family was positive – my relatives were just pleased I was trying to recreate the tastes of our homeland, even without the meat.

Though there are still times I long for the comfort of the food I grew up eating, cooking my own take on national delicacies has meant in some ways, I’m more immersed in the flavours of Pakistan than ever before.

Over time my family have adapted to my diet. They try to eat mainly vegan food when I visit, and we’ve found variations on recipes that we can all enjoy together, but I’m lucky that they’ve been so accommodating.

My decision to go plant-based is definitely not the norm. The rise of veganism is largely connected with those who are white and privileged, and among British Pakistani families, it is basically unheard of.

Our food is so intrinsically tied to our culture that making wholesale change is more difficult than a few little swaps and alternatives.

It can mean an identity shift and with so many choices off the menu, I’ve had to work hard to find worthy substitutes to culinary favourites and ask more questions about my family history to not feel like I’ve abandoned my roots.

It hasn’t always been easy – in my first year of going vegan, I slipped up a few times around my family, too tempted by things like buttered-smothered naan. On other occasions I just avoided asking questions about what ingredients went into certain meals –  what you don’t know, doesn’t count, right?

However, for people of colour especially, it’s important not to punish ourselves too much. Trying to balance veganism with culture is a difficult task.

I’ll always feel guilty that I haven’t learnt my ancestors’ recipes and that, as a result, part of our family history might be lost with me. Yet if veganism has taught me anything about food, it is that old recipes are ever-evolving.

I now hope that one day, it could be my vegan versions that will be passed down to the generations to come.

MORE: Being of ethnic minority in the UK is hard – cooking helps me stay connected to my roots