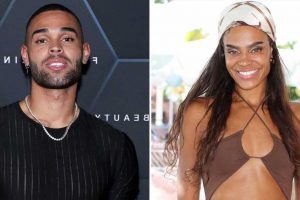 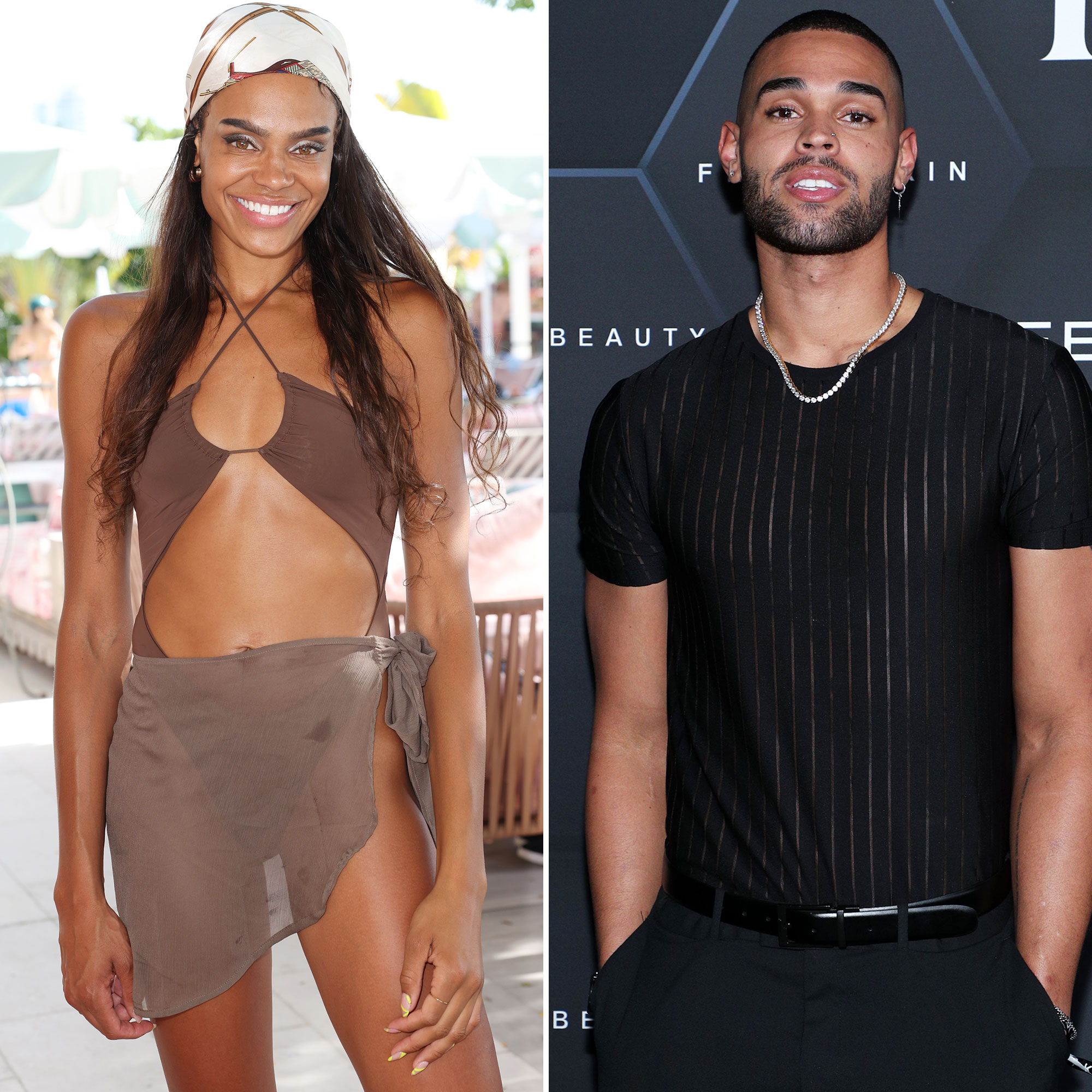 Feeling positive. Despite her recent split from Nayte Olukoya, former Bachelorette Michelle Young appeared to be in a good mood as she attended events at Miami Swim Week in Florida.

Bachelorette’s Michelle Young and Nayte Olukoya: The Way They Were

“Michelle showed up with a bestie looking absolutely radiant in a chocolate monokini, cover-up and silk hard scarf,” a source told Us Weekly exclusively about the 29-year-old “Bachelor Happy Hour” podcast host’s appearance at the CLD PR Miami Swim Week Gifting Experience at Strawberry Moon at the Goodtime Hotel South Beach on Thursday, July 14. “She was in the best of spirits, sporting her megawatt smile.”

The former teacher’s outing comes one month after she and Olukoya, 28, who got engaged during the December 2021 finale of The Bachelorette, called it quits. “To those who have supported Nayte and I, including Bachelor Nation, I know I speak for the both of us when saying having a relationship in the public eye has not been easy,” Young wrote via her Instagram Story in June. “I’m struggling to say that Nayte and I will be going our separate ways but I stand with him in knowing the heaviness that is present in both our hearts as this relationship has been very real for us. … At the same time, I’m deeply hurting and will need time and space to work through this heartbreak.”

Michelle and Nayte’s Split: Why He Didn’t Move and More Breakup Details

She continued: “To you, Nayte, you quickly became my best friend and the love I have for you is incredibly strong. I will never stop wanting to see you succeed.”

Nearly one week after the couple announced their split, Olukoya denied that he had been unfaithful during his relationship with Young. “No, I didn’t cheat,” he wrote via his Instagram Story while addressing many of the rumors surrounding the breakup. “Not every breakup needs to have someone to blame. Yes, many of you seem to paint me as a red flag/ f—k boy … But I’m actually a decent guy, and I only want to continue getting better. As we should all want for ourselves.”

Adding that the negativity and “blatant hate” that he received from Bachelorette fans in the wake of the announcement was “hurtful,” Olukoya continued, “I went on the show with no expectations. Just an open mind and an open heart. But figured if I find my person, then thank God I went. Yes, I truly believed Michelle was my person.”

Earlier this month, Young opened up about her mental state following the split, which occurred the same month that she announced plans to step away from teaching full-time. “I kind of feel like life has taken this thing as like, ‘OK, challenge accepted … [now] deal with a breakup,” she said during an appearance on the July 5 episode of the “Almost Famous” podcast. “It’s definitely not something that I planned to have to work through this summer. But I definitely have the understanding that, like, sometimes we have to work through things that we did not plan for or that were not in our life plans.”

Despite dealing with heartbreak, Young is optimistic that she will one day find the right person for her. “It is this situation where I’m like, ‘This is not how the story ends for me,’” she said at the time. “Where I’m at right now emotionally, mentally, like, how my heart feels — this is not how the story ends and I deserve to really make it to that point where I get those things.”

Olukoya, meanwhile, sparked romance speculation earlier this month when he celebrated his 28th birthday alongside Deandra Kanu and several other members of Bachelor Nation. In photos from the party, which occurred the same weekend that Young unfollowed (or blocked) her ex-fiancé on Instagram, Kanu, 26, appeared to be wearing the sales executive’s chain.