Green Britain: Is the tide turning for renewable energy? 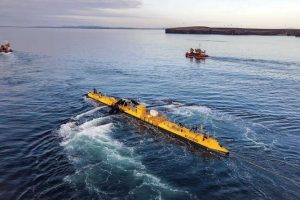 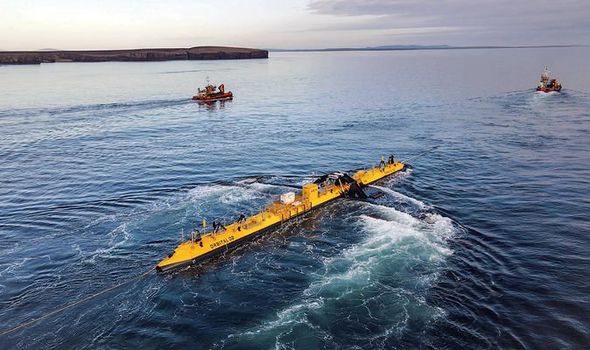 The Orkneys are now at the forefront of finding cleaner, green energy from the sea. The European Marine Energy Centre (EMEC) in Stromness is trialling 48 tidal and wave projects.

These include the world’s most powerful tidal turbine, Orbital Marine Power’s O2. It could generate enough electricity for 2,000 UK homes – just one of many international schemes testing renewables other than wind and solar.

One is the £3billion TPGen24, brainchild of engineer Stuart Murphy. He says his proposed network of lagoons could generate clean electricity for 1.86 million homes a year by tapping into the tides of the Dee estuary near Liverpool – a more predictable energy source than wind or solar.

The UK should be the Saudi Arabia of marine power with its 11,000-mile coastline, but it remains expensive.

In 2018 the Government refused to back the proposed £1.3billion Swansea Bay Tidal Lagoon.

However at EMEC, commercial director Matthew Finn said: “By the 2030s we should see these schemes scaling up and the technology becoming more efficient and competitive.”

Other renewables include geothermal power, which taps into the heat of the Earth. In Iceland it heats 87 percent of buildings and provides a quarter of the electricity.

Another option is hydrogen – but this is controversial depending on how it is produced, and costlier than natural gas.

Does Britain need nuclear power to turn us green?

It is the Government’s intention to remove fossil fuels from the UK energy and transport supply by 2050, relying on renewable electricity or carbon-free nuclear power.

But the wind doesn’t always blow nor the sun shine. Fortunately, nuclear power can come from large pressurised-water reactors such as the Evolutionary Power Reactors being built at Hinkley Point in Somerset, which will provide electricity for six million homes for the next 60 years.

New, safe reactors can also provide carbon-free heat and green hydrogen for use in heavy transport.

Without nuclear power we won’t reach that net-zero-carbon target by 2050. Even the Climate Change Committee recognises it is essential to stabilise the climate.

The UK is actually as energy rich as the Middle East – but in energy that does no harm to the planet.

As we push to 100 percent green electricity we inevitably have to oversize the generation fleet.

We can use surplus green energy to make green hydrogen by splitting water into hydrogen and oxygen.

We will also need to develop largescale batteries to store surplus, and a “smart grid” where people share unused energy.

Some still say we need nuclear power. But nuclear power stations take 10 years to design, 10 to build and another 10 to pay back their carbon debt.

And all at three times the cost of renewables.

We can power the grid entirely from renewable energy and have real carbon reductions almost straight away. 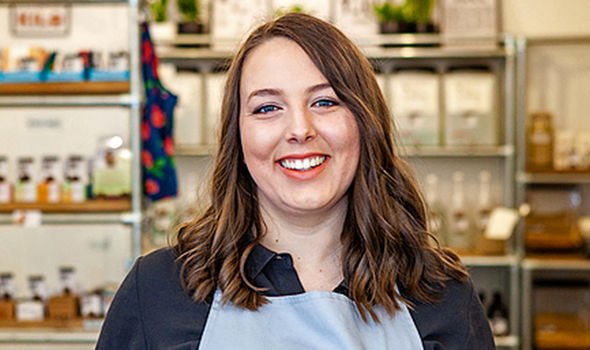 An interior designer has given up her office job to start a zero waste shop to show people how “small changes can make a big difference”, writes Steph Spyro.

Jordan Perata, 26, left her £40,000-a-year post to open Kilo, which sells locally made goods such as washing-up liquid, jam and pasta without any plastic packaging.

The north London-based entrepreneur is backing the Daily Express crusade calling for a total ban on bags made from plastic.

Jordan, from Milton Keynes, said: “Everywhere you look plastic bags and other plastic waste is just strewn around our streets and countryside. our planet.”