Home » Lifestyle » Guide to gastronomic Grenada: Why this Caribbean island is a foodie paradise

Guide to gastronomic Grenada: Why this Caribbean island is a foodie paradise 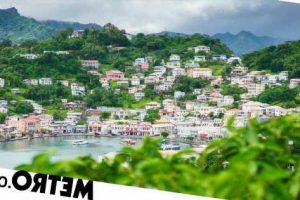 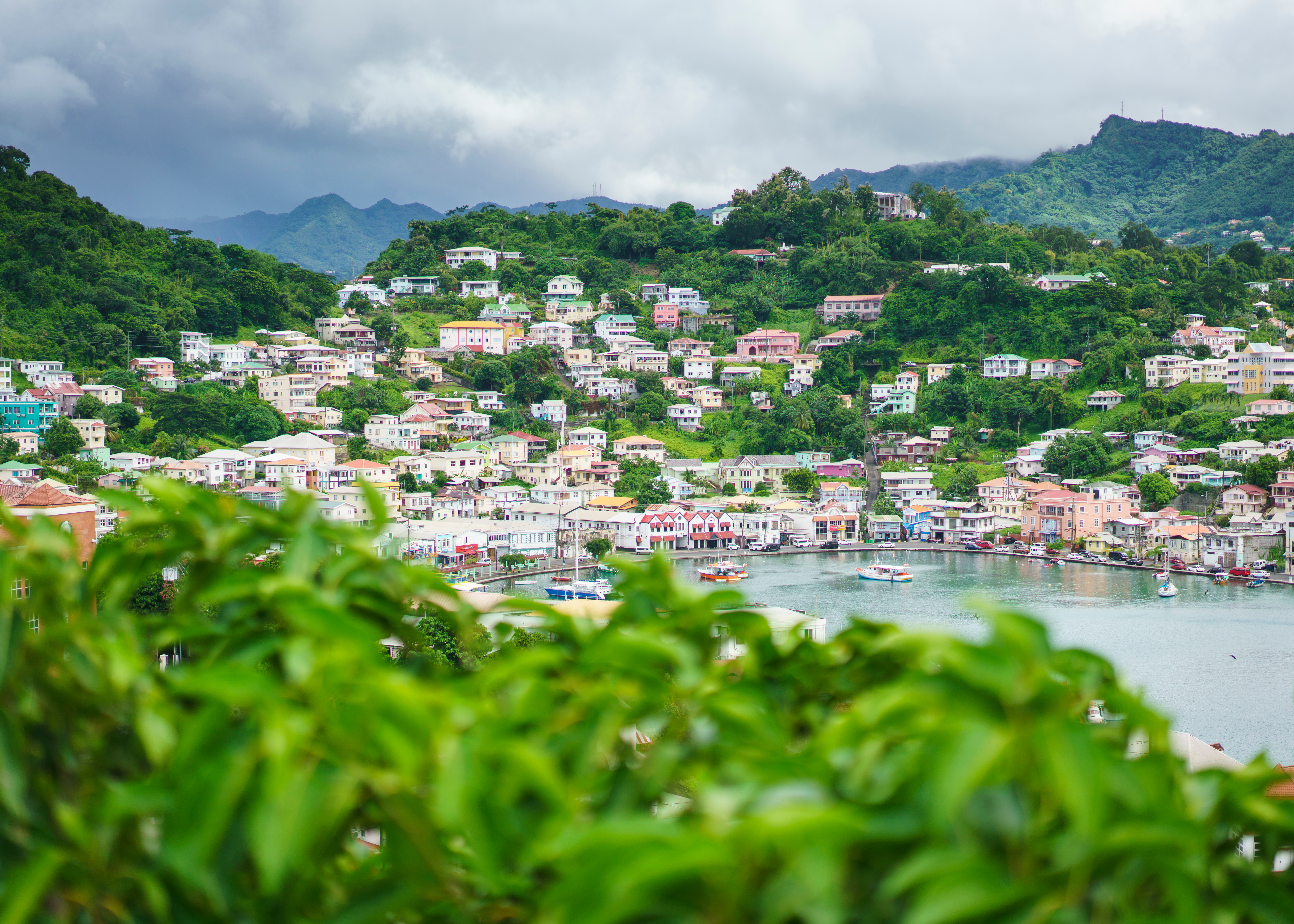 The simple wooden table in front of me is groaning with produce. Some, I’m familiar with – mango, papaya, sweet potato, jackfruit – and some I’m not – breadnut (similar to a chestnut), soursop (a custard apple) and mamey (a fleshy red fruit).

There’s also a small, round yellow fruit containing a bright red stone: this is nutmeg, which helped give Grenada, the Caribbean island I’m visiting, its nickname, the Spice Isle.

Grenada, despite being only 21 miles long and 12 miles wide, produces more than 20 per cent of the world’s nutmeg.

Nutmeg is so valuable an export that it’s known as ‘black gold’ and even features on the national flag.

I’m at the Belmont Estate, a sprawling 300 acres of fertile farmland that sits in the parish of St Andrew at the north-east of the island, discovering some of Grenada’s bounty at first hand.

After talking me through the list of exotic foodstuffs grown here, Jason, an estate manager, proffers a brownish-yellow oval pod and asks me to peel the skin.

This reveals a slimy set of seeds that give off a light scent of chocolate. Belmont, like other estates on the island, grows cacao – another successful export – to be turned into chocolate in its on-site kitchen (tours available).

Lunch at the restaurant lets me taste some dishes from this jewel of the West Indies.

Alongside coconut bake, a traditional bread made with flour and coconut, I try callaloo – a leafy, spinach-like vegetable – steamed with garlic and onion; green banana and saltfish croquettes; cou-cou – a cornmeal dish similar to polenta – and a fish curry with ‘provisions’ (vegetables including yams, cassava and potatoes).

Everything has come from within a few miles, if not a few metres, and tastes delicious. It’s an example of how Grenadians eat every day and a reason why the island won last year’s inaugural title of world Culinary Capital.

Erik Wolf, founder of the World Food Travel Association, which launched the award, explains: ‘It’s helping champion destinations lesser-known for their food. Every entrant country had to prove they fulfilled five categories, including culinary culture and culinary sustainability, which Grenada very impressively did.’

Local people are thrilled about the recognition. Belmont’s owner, Shadel Nyack-Compton, says: ‘We were blown away when we heard we’d won. We’re so excited that a small island like ours, without a sophisticated gastronomy, can be recognised.’

Later, I head to Grenada’s small, charming capital, St George’s, in the south-west – the route passing through the island’s lush but twisty and mountainous volcanic interior. Pastel-coloured houses cling to steep hillsides, abundant flower bushes line the roadside, and trees groan with ripe fruit and vegetables, ready to drop, to be foraged by the forest-dwelling mona monkeys.

The place names are a legacy of Grenada’s time spent as a British colony – it gained independence in 1974. As well as the road signs, I pass the National Cricket Stadium – people are cricket-crazy here.

In St George’s, where tethered boats bob in turquoise water, I meet Belinda Bishop, a chef who is showing me round the main market.

Some items here are used in dishes such as the ones I’ve already tried. Others have more, shall we say, unique uses, such as bois bande, a tree bark that, when brewed with rum, is said to have Viagra-like properties.

I’m more interested in a sponge-like mass called sea moss, touted as the next superfood. ‘It’s one of the reasons we all look so young here!’ says Belinda, ‘as it’s packed with vitamins, minerals and nutrients.’ You can buy it ready-made as a gel, which you add to food or water, so I buy several jars, hoping to lose ten years off my face.

We wander for a couple of hours, sampling clove oil (good for toothache), soursop tea (for sleep) and an unusual but flavourful porridge – made with condensed milk, tania (a kind of yam) and mint leaves – called tania log.

Before we part, Belinda gifts me a necklace hung with nutmeg, mace, cinnamon and ginger. Several weeks later, it’s still scenting my home – a charming, reminder of the Spice Isle and its unforgettable food.