Want to work on your health and wellness from the comfort of your couch? Because soon, you’ll be able to. Gwyneth Paltrow’s Goop and Netflix just inked a deal for a new, original series, according to a recent report from Variety, which means that being lazy and being healthy are about to go hand-in-hand. Kind of.

Paltrow’s Goop brand is everywhere these days. The lifestyle company has its own skincare line, luxury apparel, and an affordable furniture collaboration. There’s cookbooks, a Goop magazine, and pop-up shops. Basically, just think of something — anything, really — and Goop has probably explored it. Colonics and enemas? Check. DIY swords? Check, check. Psychic vampire repellant? Check, check, and check.

Now, Goop’s reach is about to include streaming TV, too. The yet-to-be-named docuseries will cover all things health and wellness — physically and spiritually, as Variety noted — and will be hosted by the site’s editors, chief content officer Elise Loehnen, and Paltrow herself.

"Gwyneth is a highly visual, tactile person," Loehnen told Variety. "The quality of everything that we produce is very important to her." She continued to explain, 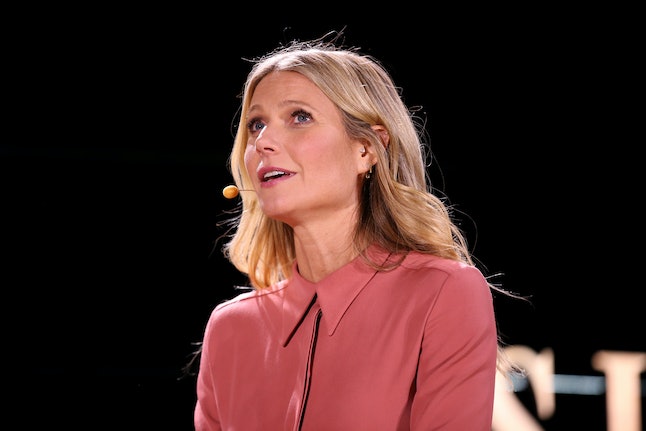 "We were speaking to the platform question, and where our people are," Loehnen said, speaking of the genesis of Goop’s relationship with Netflix. "They’re watching Netflix. Some of the more strategic, bigger stories we want to tell require a TV budget. Obviously, there’s no better partner in that." For real. She’s not wrong about that.

There’s not a whole lot more information about the series out at the moment, but we do know that it’s currently scheduled to be released in the fall. Fear not, though, because there’s plenty of other Goop-branded content to consume in the meantime.

For starters, there’s the company’s eponymous podcast, which was one of iTunes’ "Most Downloaded New Shows Of 2018." Paltrow hosted all kinds of super interesting guests on her show last year, including fellow A-list actors like Julia Roberts and Sarah Jessica Parker. She brought on her very own "trusted intimacy teacher," Michaela Boehm, she’s spoken to a psychotherapist, a "mind architect," and an OB-GYN. The topics they’ve discussed are seemingly endless, and likely pretty similar to what the Netflix show will cover, too. 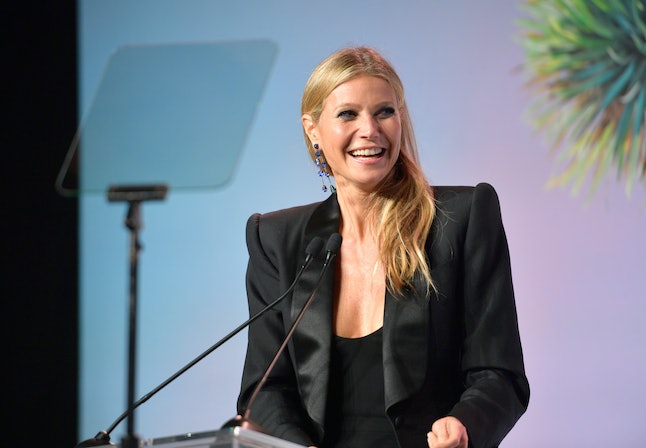 Variety also noted that Goop is currently in the process of developing even more podcasts in addition to the one Paltrow hosts. They’re working on one with their in-house beauty expert Jean Godfrey-June, one for foodies with a big-time chef, and a "book club"-type podcast with author interviews and reviews.

Regardless of whether or not you buy into all of Goop’s philosophies, their Netflix show should prove to be pretty interesting. After all, Loehnen described it as "potentially disruptive." Now, what does "potentially disruptive" mean, exactly? No clue. None. Zero idea. Sounds kind of dramatic though, right? Either way, it’ll at least be a great excuse to consciously couple with your couch for a few hours.