Hair extensions could be on the cards for Princess Charlotte 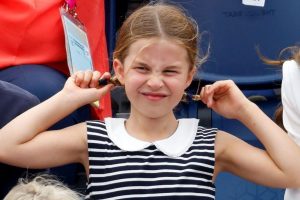 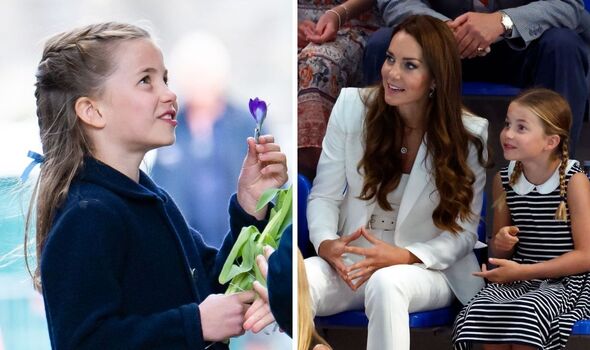 Despite being so young, seven-year-old Princess Charlotte is a royal style icon in her own right, pulling off chic outfits and cute hairstyles. What is her signature hair-do and how is she likely to experiment with it as she gets older?

She even once revealed that she tried to teach Charlotte how to do a plait but it “didn’t really work very well”.

But as children get older, moving into their pre-teen years and teenage years, they often like to experiment with different styles and even colours.

According to one expert, Princess Charlotte is no exception and will certainly try new dos as she grows up.

Express.co.uk spoke exclusively to Milk + Blush hairstylist Nicole Petty about the little Princess and her locks.

“Currently, the young royal’s hair is a gorgeous bronde colour that looks like it has natural highlights running through it, and it is often seen half-up-half-down or in adorable plaits.”

Charlotte is her mother’s daughter after all, so Nicole suggested she might take a leaf out of Kate’s book when it comes to her hair.

The Princess of Wales has luscious brunette tresses which cascade over her shoulders and down her back.

Her hair is often worn straight, in bouncy waves, tucked behind her ears or pulled into a loose chignon.

Nicole continued: “As she grows up, I predict the royal will keep a pretty classic hair look, not dissimilar to her mother’s.”

However, undoubtedly with access to some of the best hairstylists in the world, it is possible that Charlotte will want to try new looks.

Nicole suggested that Charlotte may come to take after her stylish mum.

She said: “If Charlotte is to follow in Kate’s footsteps as she enters her teen years, she might cut in some curtain bangs or add subtle layers.”

She added that she could go down an even more glam route, with hair extensions “for extra volume”.

As for colour, the expert predicted she wouldn’t go crazy with hair dye, opting for some subtle lowlights to “complement her complexion”.

But there’s a chance that Charlotte may want to push the boat out and go for something a little wilder.

Milk + Blush’s Nicole concluded: “If she wants to experiment with her look – like some of her family have over the years – a box bob would be sure to turn heads.

“This style is cut super blunt to give hair the illusion of thickness.

“As she’s got a rounder face, Charlotte could keep it longer through the front to add length.”