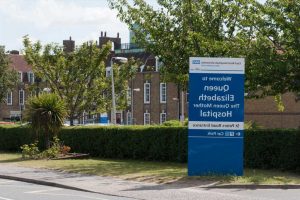 DOZENS of families suffered and some lost their babies because of NHS maternity failings, an inquiry is set to reveal.

An investigation into problems at the East Kent Hospitals NHS Trust will be published on Wednesday.

Ministers ordered the review in 2020 following the deaths of at least seven babies born in hospitals run by the trust.

It comes after the Ockenden report revealed in March that 201 babies and nine mums died because of decades of NHS failings in Shrewsbury and Telford.

At least 200 families’ cases have been reviewed in the Kent inquiry.

Anita Jewitt, a medical negligence lawyer at Irwin Mitchell, said: “Sadly, this latest review is not an isolated incident.

“Too many maternity reviews have highlighted similar issues across the country and it’s crucial that changes are made to prevent more heartache for families in future.”

The East Kent NHS Trust is one of the biggest in England and runs hospitals in Dover, Canterbury, Margate, Ashford and Folkestone.

It was fined £733,000 last year for failures that led to the 2017 death of baby Harry Richford, whose family have campaigned for answers.

Parents Sarah and Tom said the birth of their son was “botched” by staff at Queen Elizabeth the Queen Mother hospital in Margate and a coroner ruled his death was avoidable.

The inquiry is expected to reveal services suffer from staff shortages and a bullying culture.

A report by the Care Quality Commission rated maternity care at the hospitals “requires improvement” – the second worst grade, above “inadequate”.